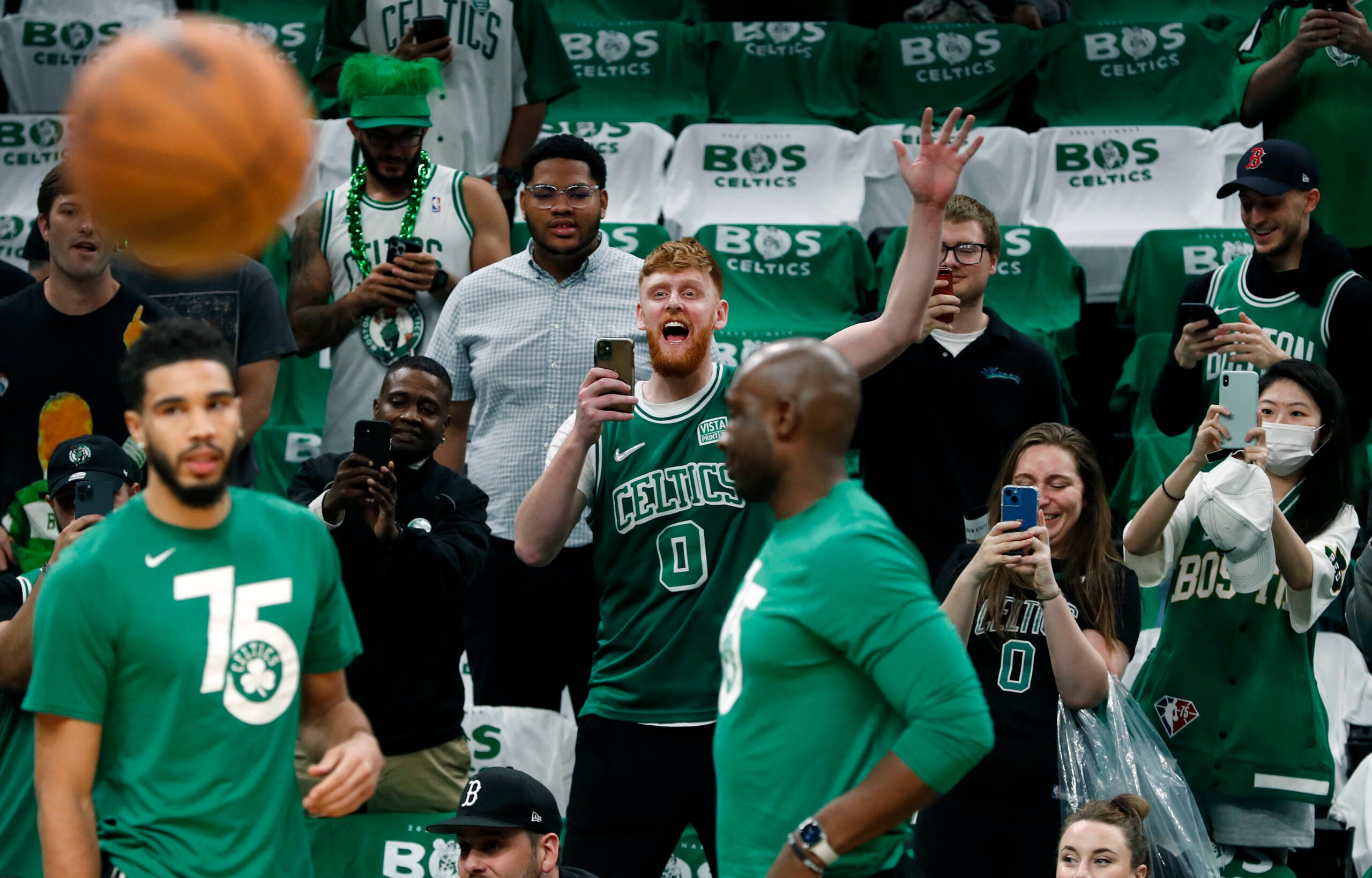 Game Six of the NBA Finals is the hottest ticket in town, and celebrities have flocked to the TD Garden for the last home Celtics game of the year.

Plenty of former Celtics came to watch the pivotal game. Ray Allen, Kendrick Perkins, Eddie House, Glen Davis, Leon Powe, and Brian Scalabrine, who all earned a ring for the C’s in 2008, were reportedly in the crowd. Robert Parish, Kenny Anderson, and ML Carr, who took the parquet court in decades past, joined the more recent Celtics players.

Boston Bruins players Patrice Bergeron, Charlie McAvoy, Connor Clifton, and Nick Foligno were spotted in the stands. MLB legend Albert Pujols, who is in town for a three-game series at Fenway, booked a suite at the garden, according to the Globe.

Another major sporting event came to the Boston area Thursday, with the world’s best golfers hitting the links at The Country Club in Brookline for the US Open. After their tee times, golfers Rory McIlroy and Harold Varner III caught the Finals game.

Worcester’s own Joyner Lucas performed the halftime show, and he wasn’t the only musician in attendance. Dave Matthews, Gucci Mane, and G-Eazy snagged tickets themselves. Medford’s Maria Menounos was also at the game.