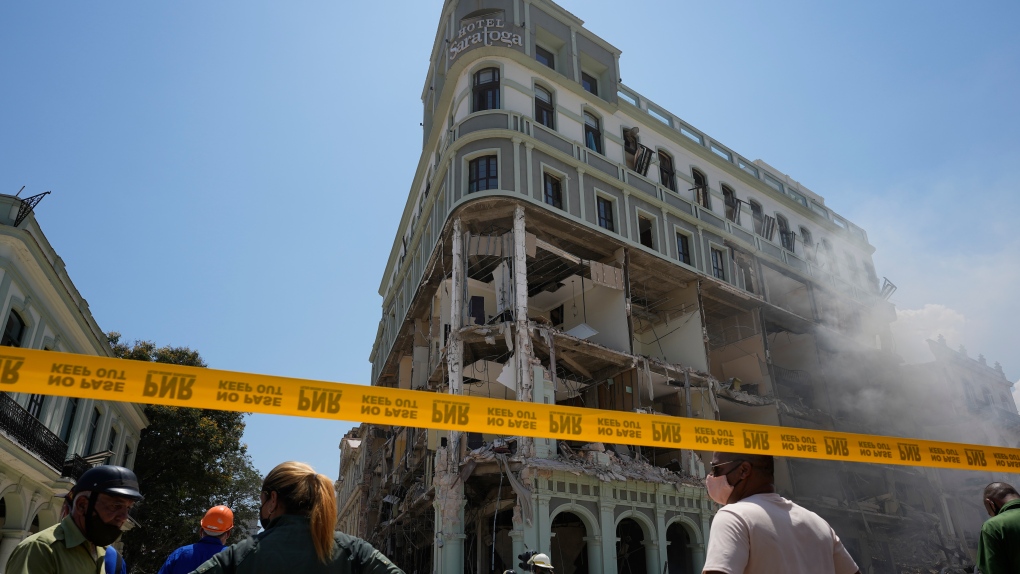 A powerful explosion badly damaged a hotel in the Cuban capital on Friday and officials reported several people had died.

The blast at the Hotel Saratoga, a 19th century structure in Old Havana, was apparently due to a gas leak, according to the Twitter account of the office of President Miguel Diaz-Canel, who went to the site.

It said search and rescue efforts were under way for people possible trapped.

Photos published by government news media showed much of the hotel’s outer wall blown away, exposing interior rooms, with clouds of dust billowing into the sky.

A school next door had been evacuated.

Mayiee Perez said she had rushed to the scene after receiving a call from her husband, Daniel Serra, who works at a foreign exchange shop inside the hotel. She said he told her, “I am fine, I am fine. They got us out,” but she had been unable to reach him since.