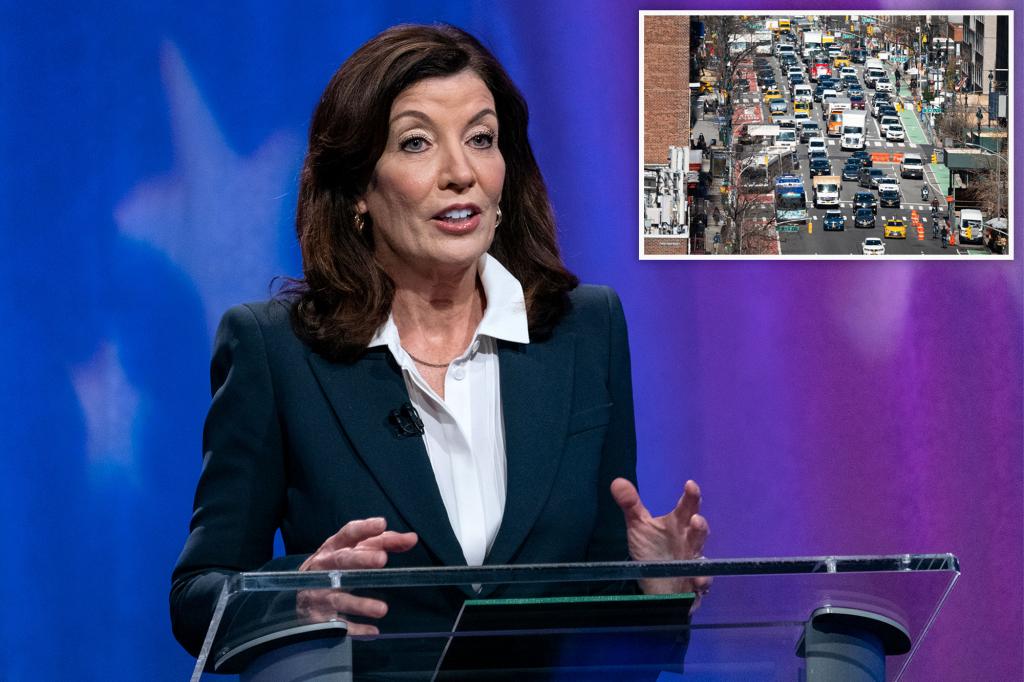 Gov. Kathy Hochul declared she was “100% ‘in favor of the state’s much-delayed congestion pricing program during Thursday night’s Democratic gubernatorial debate, in a dramatic change from her answer just a week ago.

“I support congestion pricing 100%, I’m not sure where the allegation came that I don’t,” Hochul told the moderators of the forum, which was hosted by WNBC-TV/Ch.4, WNJU-TV/Ch. 47 and the Albany Times-Union.

The governor added that she had even had a meeting with federal officials Thursday to try to cut through some of the environmental review requirements that have held up the rollout, which is needed to finance the multi-billion dollar subway overhaul program.

Just a week ago, Hochul said in the first debate that the delays from the ongoing review of the program’s environmental impact would prevent the rollout of congestion pricing for at least another year when asked by the moderators of the first debate if the toll should be delayed .

“We’ve been in negotiations with the federal government that has the say on the next step and they have now put some other — let’s call them hurdles — in the way that we have to overcome,” Hochul said during the first forum on WCBS -TV/Ch.2.

Her staff later clarified that she was discussing the hundreds of objections and requests for additional information made by federal officials in response to the Metropolitan Transportation Authority’s initial study of the toll’s environmental and economic impacts.

The program would charge motorists to drive in Manhattan below 60th Street, raising an estimated $1 billion a year to finance the overhaul of subway stations to make them wheelchair accessible and purchase new trains and overhaul its archaic signaling system.

MTA officials — most famously, former subways chief Andy Byford — have campaigned for the new computerized signal system for years because it would improve the system’s reliability and boost capacity by allowing trains to run more closely together.

The 7 train switched over to the computerized signals shortly before the pandemic struck, and after initial problems, it has been seen its on-time rating consistently hit 90 percent, up from 57 percent before.

Only one other line in the system, the L, is also computerized.