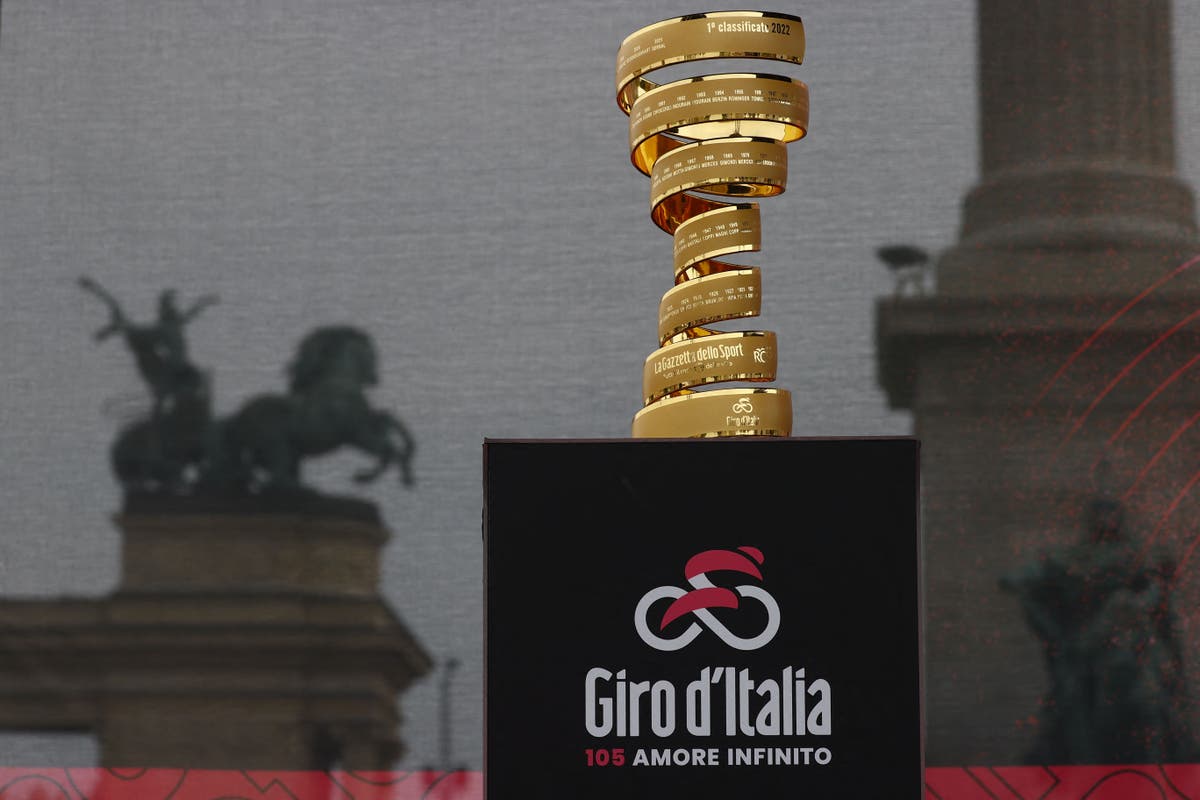 The Giro d’Italia 2022 is here with cycling enthusiasts set for a real treat over the coming weeks in what has been dubbed ‘the toughest race in the most beautiful place’.

Last year’s champion, Egan Bernal, of the Ineos Grenadiers, is unable to compete and defend his title due to a crash back in January.

But there is still plenty of talent on show this month in the hunt to claim the famous pink jersey.

Look out for Richard Carapaz, of the Ineos Grenadiers, who leads the GC favourites, but Tom Dumoulin, of Jumbo-Visma, will become a factor during the many grueling climbs.

While British interest comes in the shape of Giro podium finisher Simon Yates, of BikeExchange-Jayco, who is quietly confident his experience can propel him into contention, underlining the need to be “patient”.

While there is more British interest with Mark Cavendish, who will be targeting multiple stage wins.

From the Grande Partenza in Budapest to the final stage in Verone on 29 May, here’s how to follow the action:

How to watch live

You can tune in for every stage on Eurosport, discovery+ and GCN+, with The Breakawaypresented by Orla Chennaoui and Dan Lloyd, complimenting the coverage.

You can expect Rob Hatch and Hannah Walker to guide you through the Giro on commentary, while pundits Robbie McEwen, Sean Kelly and Adam Blythe feature. Bradley Wiggins will be taking in the race at close quarters on the back of a motorbike.

Stage 1 takes place from 11:00-17:00 BST. With the action live on Eurosport 1 and uninterrupted coverage on discovery+.