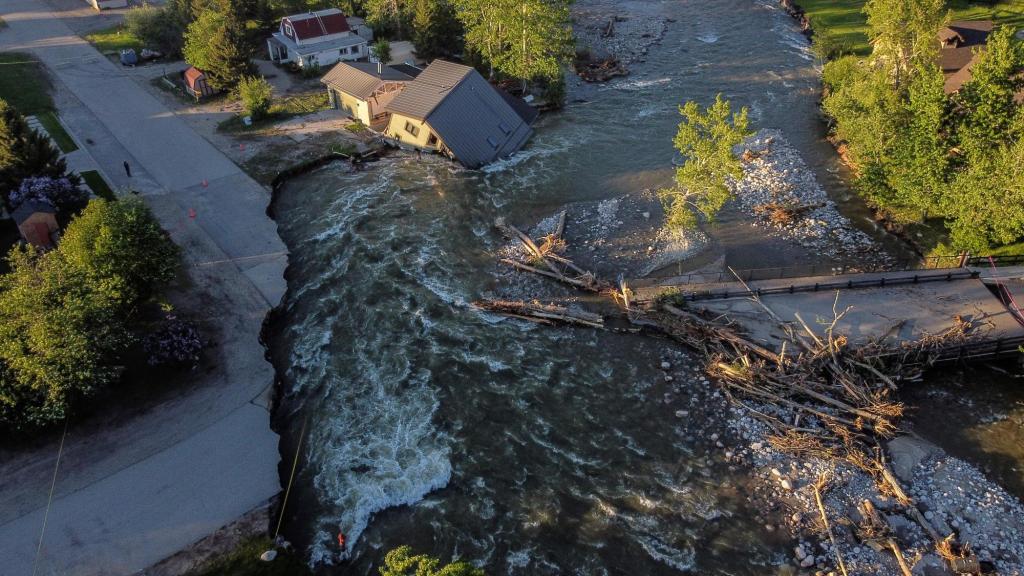 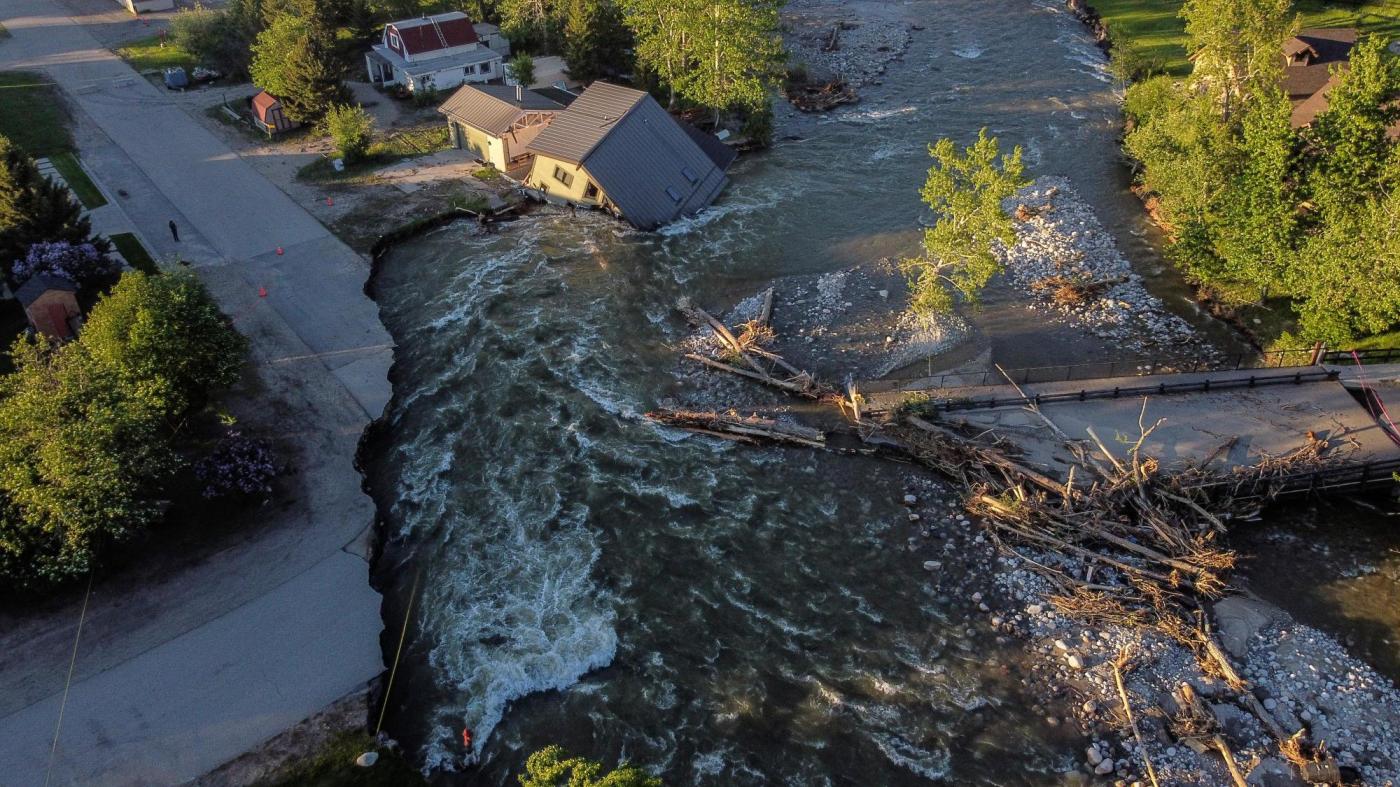 By MATTHEW BROWN and BRIAN MELLEY

RED LODGE, Mont. (AP) — This gateway town to Yellowstone National Park has become a dead end, a casualty of the severe flooding that tore through one of America’s most beloved natural attractions and swept away roads, bridges and homes.

The unprecedented flood has closed the entire park and forced the evacuation of 10,000 visitors. And towns like Red Lodge that lead to Yellowstone’s northern entrances and rely on tourists passing through could suffer for the rest of the summer.

Officials have said the park’s southern part, which features Old Faithful, could reopen as soon as next week. But the north end, which includes Tower Fall and the bears and wolves of Lamar Valley, could stay closed much longer after miles of a major road in the park were washed away.

Red Lodge is probably cut off for the rest of the summer because of damage to the route known as Beartooth Pass.

“Every single business, no matter what you’re selling, relies on the traffic for the pass,” Chris Prindiville said as he hosed mud from the sidewalk outside his shuttered cafe, which had no fresh water or gas for his stoves.

At least 88 people were rescued by the Montana National Guard from campsites and small towns, and hundreds of homes were damaged by muddy waters. One large house that was home to six park employees in Gardiner was ripped from its foundation and floated 5 miles (8 kilometers) downstream before sinking. No deaths or serious injuries have been reported.

Many of the remote towns in southern Montana are facing the loss of tourist dollars, but Red Lodge is facing a double disaster. It will have to clean up the damage done by the deluge to parts of town and also figure out how to survive without the summer business that sustains it for the rest of the year.

“The winters are hard in Red Lodge,” Prindiville said. “You have to make your money in the summer so you can make it when the bills keep coming and the visitors have stopped.”

The town was under a boil-water advisory, and trucks supplied drinking water to half of the town that was without it. Portable toilets were strategically placed for those who couldn’t flush at home.

The Yodeler Motel, once home to Finnish coal miners, faced its first shutdown since it began operating as a lodge in 1964. Owner Mac Dean said he is going to have to gut the lower level, where 13 rooms flooded in chest-high waters.

“Rock Creek seemed to take in its own course,” he said. “It just jumped the bank and it came right down Main Street and it hit us.”

Yellowstone is one of the crown jewels of the park system, a popular summer playground that appeals to adventurous backpackers camping in grizzly country, casual hikers walking past steaming geothermal features, nature lovers gazing at elk, bison, bears and wolves from the safety of their cars, and amateur photographers and artists trying to capture the pink and golden hues of the cliffs of the Grand Canyon of Yellowstone and its thundering waterfall.

All 4 million visitors a year have to pass through the small towns that border the park’s five entrances.

The flooding —- triggered by a combination of torrential rain and rapid snowmelt — hit just as hotels around Yellowstone were filling up with summer tourists. June is typically one of Yellowstone’s busiest months.

The season had started well for Cara McGary who guides groups through the Lamar Valley to see wolves, bison, elk and bears. She had seen more than 20 grizzlies some days this year.

Now, with the road from the town of Gardiner into northern Yellowstone washed out, the wildlife is still there, but it’s out of reach to McGary. Her business guide, In Our Nature, is suddenly in trouble.

“The summer that we prepared for is not at all similar to the summer that we’re going to have,” she said. “This is an 80% to 100% loss of business during the high season.”

The flood is another setback for businesses like Gardiner-based Flying Pig Adventures, which guides rafting trips on the Yellowstone River.

It’s a blow not unlike how COVID-19 shut down Yellowstone two years ago, reducing the park’s June 2020 tourist visits by about one-third before they rebounded over the rest of that summer.

“We’re definitely a resilient company. We’ve got a very tough crew,” Flying Pig Adventures co-owner Patrick Sipp said. “But it’s devastating. You just hate seeing stuff like that in the community. We’re just hoping that we can get back out there relatively soon.”

Montana Gov. Greg Gianforte, a Republican, has faced criticism from Democrats and members of the public for being out of the country during the disaster.

Spokesperson Brooke Stroyke said in a statement Wednesday that the governor had left last week on a long-scheduled personal trip with his wife and “is returning early and and as quickly as possible.” The statement did not say where the governor was.