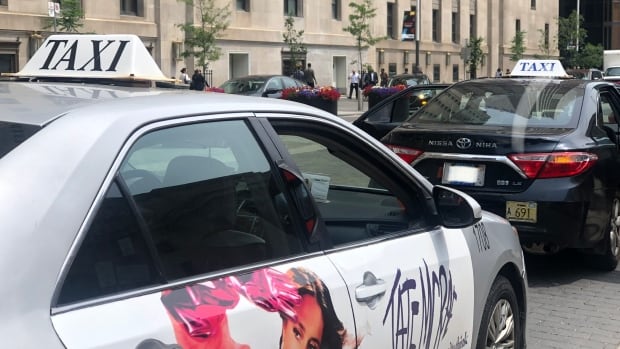 With gas prices continuing to hover around $2 a liter, the pain is being felt acutely by those who drive for a living. They say the price at the pumps is now cutting into their bottom line.

Taxi drivers and drivers who work for ride-hailing or food delivery apps are responsible for paying for their own gas — an expense that has risen dramatically over the past year. Last June, the average retail price of gas in Toronto, according to Statistics Canadawas $1.33 a litre.

One taxi company confirmed to CBC News it has significantly fewer cars on the road compared to 2019. While it says that can be attributed to several factors, the increasing cost of gas isn’t bringing drivers back.

Ride-hailing app drivers and delivery workers say despite a move by companies like Uber to offer drivers a 35- or 50-cent fuel surcharge for each trip, it does little to cover their increasing expenses and some are now considering leaving the work behind.

While the pandemic landed a blow to the taxi industry, business is back again, with concerts, sports and other city events resuming. The trouble is drivers are now paying a premium for gas.

“We have to pay for it because we need gas for our business,” said Pourhashem — a taxi driver for 26 years — who says he’d like to see help from the city.

Mohammed Bhuiyan estimates the cost of filling up his tank used to be $60. He says this has now doubled to $120.

Over the past few years, he says he’s watched as fellow drivers leave the business.

“Most of them — they are gone already,” said Bhuiyan.

Beck Taxi operations manager Kristine Hubbard says drivers are just trying to find their way back from the blow of the pandemic, and the price of gas isn’t helping.

“Drivers just aren’t coming out the same way they used to, and you can’t blame them,” said Hubbard.

“It’s hundreds of dollars difference every month, and that is impactful.”

Hubbard says pre-pandemic they had about 1,800 cars on the road. That number, she says, is now closer to 1,100. She believes the decline is due to a variety of reasons — notably, how difficult it is for taxi drivers to get insurance, and how expensive it is. But the rising gas prices is yet another determinant.

“It’s just been made increasingly difficult for them to continue. And what we’re going to see here is that … when someone has the opportunity to do anything else where they might be able to take home more money, they’re going to do that.”

Brice Sopher, who delivers food for Uber and is the vice president of Gig Workers United, says many drivers are questioning whether to continue working in the profession.

The union has been pushing companies like Uber to recognize them as employees, rather than independent contractors.

Sopher delivers by bike but says the rising cost of gas is pushing some of his fellow drivers to the brink.

“With the cost of everything going up … I see people stressed. I see people questioning whether they can afford to properly feed their families.”

“In the case of drivers, these are overwhelmingly new arrivals into Canada and people that are more precarious than a lot of other folks.”

Houston Gonsalves, a delivery driver for SkipTheDishes, says he recently started to notice the price of gas creeping upward.

“It is difficult working under these circumstances, knowing that sometimes it’s going to take me a day to three days to cover gas money.”

“It’s getting kind of scary.”