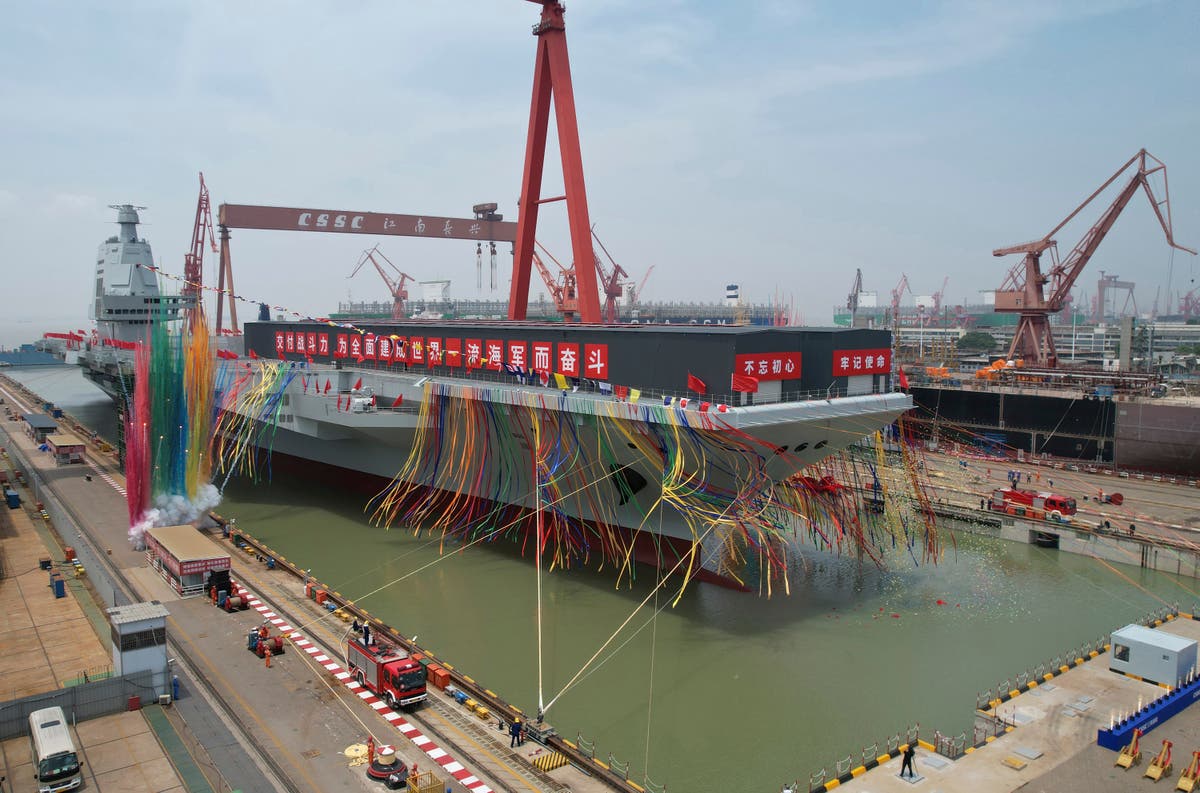 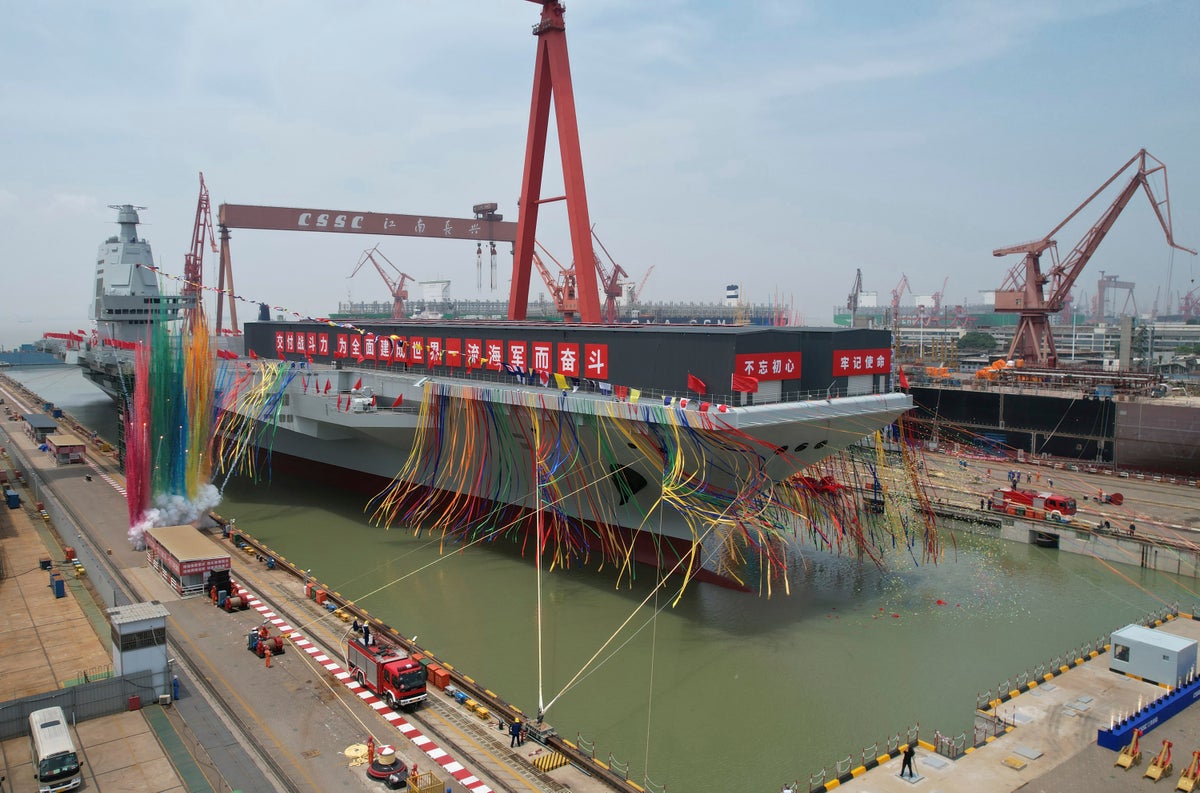 China launched its first domestically designed and built aircraft carrier on Friday, a significant step towards modernizing its military and rivaling the US at sea.

Named Fujian – after the southeastern coastal province located opposite Taiwan – Type 003 is Beijing’s third and most advanced aircraft carrier yet, featuring a full-length flight deck with an electromagnetic catapult-assisted launch system.

Said to be more energy efficient, the new aircraft launch system is a major upgrade from the less advanced ski jump-style system used in the earlier Liaoning and Shandong vessels, according to the Washington-based think-tank Center for Strategic and International Studies.

“Once it is fully operational, the [People’s Liberation Army Navy’s] third carrier would also be able to deploy a more complete suite of aircraft associated with carrier strike group operations including carrier onboard delivery transport and airborne early warning and control airframes, such as the KJ-600,” he added.

Champagne, colorful ribbons and water cannons were used to celebrate the warship’s launch as it left the drydock at a shipyard outside Shanghai in the morning and tied up at a nearby pier, reported state media.

Navy personnel lined up in front of the massive ship and sang the national anthem at the ceremony.

“This ability to construct a very complex warship from the ground up will inevitably result in various spin-offs and benefits for the Chinese shipbuilding industry.”

The vessel will join the Shandong, commissioned in late 2019, and the Liaoning, which China bought second hand from Ukraine in 1998 before refitting it domestically.

With 11 aircraft carriers, only the US has more such vessels, while Britain and Italy now rank below China with two each. Only six other countries in the world have an aircraft carrier in active service, including France, Russia and India.

The launch of Fujian comes at a time of heightened tensions between Beijing and its neighbors in the South China Sea, and across the Taiwan Strait.

At the same time, the US has also increased focus on the maritime region which accounts for about $5 trillion in global trade each year and also holds rich but fast-declining fishing stocks and significant undersea oil and gas deposits.