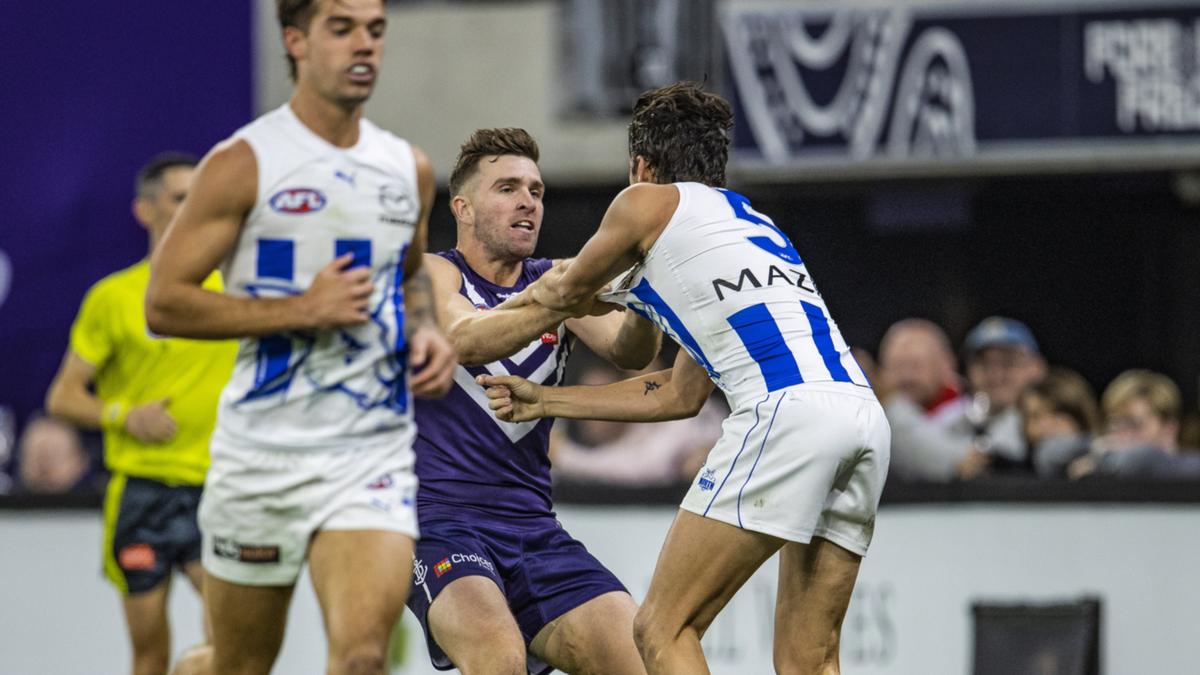 Fremantle’s famed defense has risen to another level as they strangled North Melbourne on the way to a 78-point win at Optus Stadium to continue their dominant start to the season.

The Dockers entered the game as the second best defensive unit in the AFL and the Kangaroos struggled to even score during the 15.12 (102) to 3.6 (24) demolition. Excluding 2020 when game time was reduced, it was the second-lowest score Fremantle has ever conceded.

Fremantle had 67 inside 50s and held the Roos to only 32. It was only the 12th time North Melbourne has been restricted to 24 points or less since joining the VFL in 1925.

“That’s as simple as it is. We’ve got a fierce determination and commitment to how we defend. That’s all you can ask for as a coach.”

The thumping win increased Fremantle’s percentage by 15 points to a massive 153.2.

Fremantle’s top draft pick from last season, Jye Amiss, announced himself on the AFL with a goal from his first kick. The 18-year-old showed all the hallmarks of being a potential long term forward and booted two majors.

The Dockers were forced to make six changes due to positive COVID cases and keep players separated for most of the week. Longmuir said he was proud of how they stayed focused given the distractions they were facing.

“We probably picked it up early in the week that there was going to be some distractions and potential to lose the focus of our players to things that don’t help them to play well,” he said.

“We did a couple of extra reps of mental prep with our players and went through strategy a little bit more. Our leaders led that really, really well because it was different early in the week.

“We were segregated early in the week. Our main training was later and light on. It was a skeleton crew at training really.

“The last two days before the game were really normal and our leaders made sure our players were really locked in and preparing well. That showed in the first quarter.

Fremantle can now prepare to face Gold Coast next week with a 7-1 record. Sam Switkowski will miss the game with concussion after suffering an accidental knee to the head.

But Longmuir said defenders Alex Pearce and Luke Ryan would be fit despite limping at different stages of the match. The club won’t know the fitness of the players who had COVID-19 until they leave isolation.