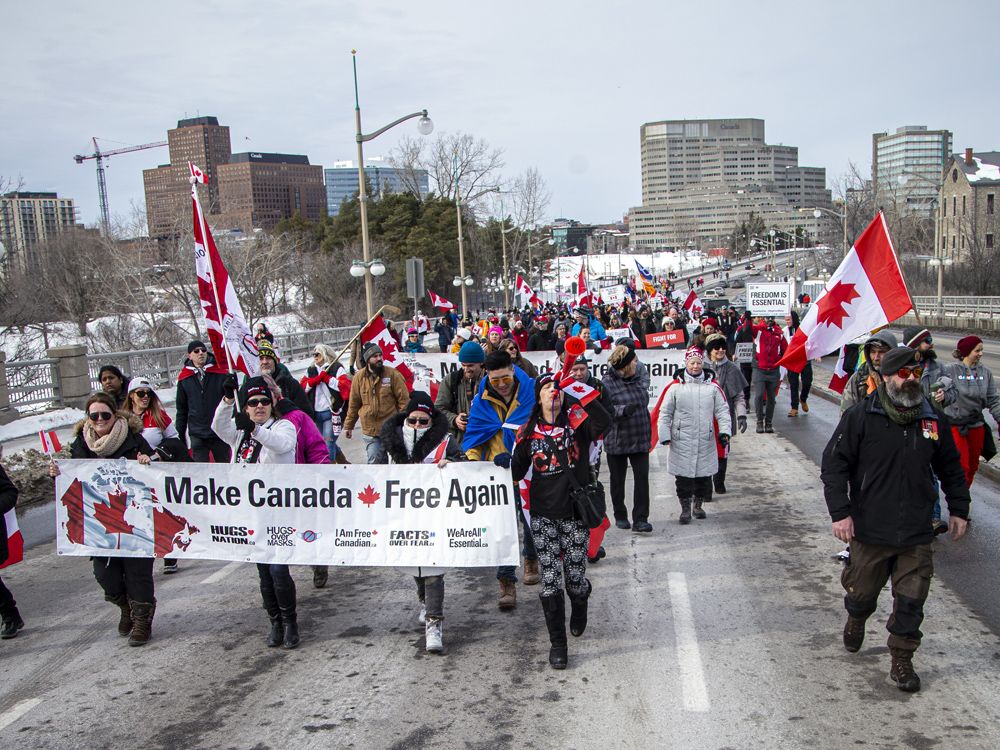 OTTAWA — Events are set to take place in Ottawa in late June through the rest of the summer for what organizers say are to protest remaining COVID-19 pandemic-era restrictions.

Andrew MacGillivray, steering committee member for Veterans for Freedom, says in a YouTube video interview that he will hold a three-day conference in Ottawa next week, from Wednesday to Friday.

Veterans for Freedom describes itself on its website as a group made up of Canadian veterans working to “restore fundamental freedoms for all Canadians” and “uphold Canadian laws.”

MacGillivray says its aim is to have the federal government repeal remaining mandates, reinstate federal workers who lost their jobs related to mandates and pay those workers for lost wages.

He says his group plans to hold a meeting with up to 17 MPs on Wednesday, who are mostly Conservative, and the next two days will be town hall events with key people in the “freedom movement.”

MacGillivray says it will set up a semi-permanent camp east of Ottawa called “Camp Eagle” and will be holding events all summer.

The “Freedom Convoy” protest, which occupied downtown streets for three weeks earlier this year, is still in recent memory for many Ottawa citizens.