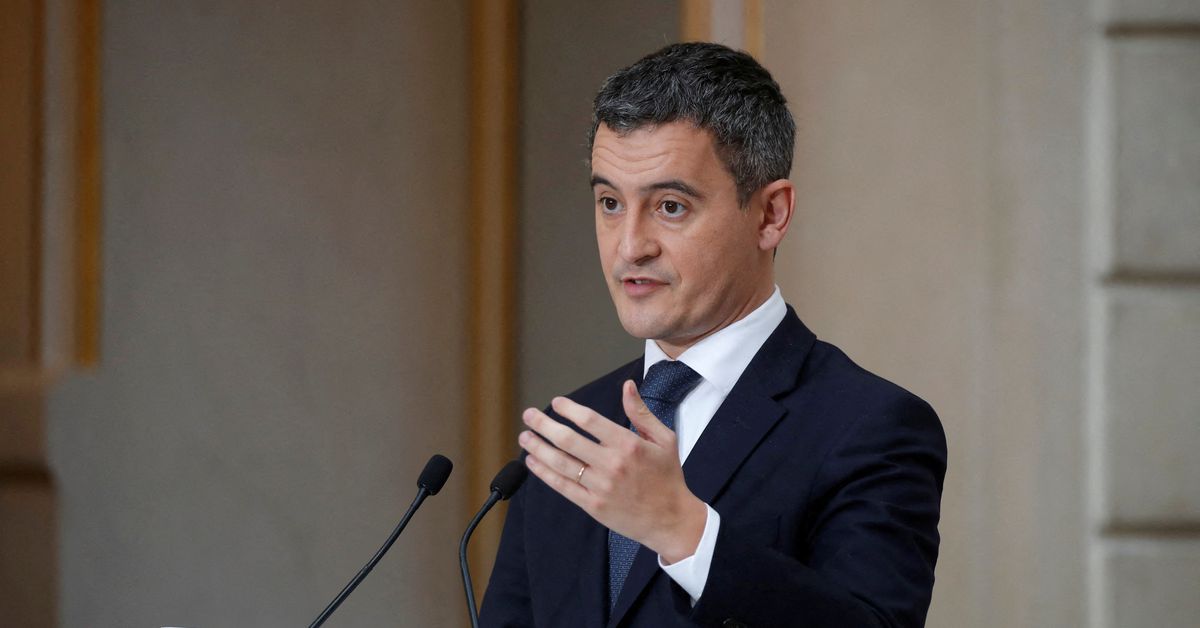 PARIS, Jan 26 (Reuters) – The French government said this week it was closing down an activist-run media outlet and a Muslim website deemed at odds with “national values”, the latest in a series of steps that rights groups and lawyers say infringes on democratic freedoms.

Following a violent protest against the extreme right in Nantes, Interior Minister Gerald Darmanin said he would shut down “Nantes Révoltée”, a local media platform, which had relayed information about the protest.

The government has been making increasing use of powers to shut down organizations or groups. In the last two years, there have been 12 such shutdowns, an uptick from seven between 2016 and 2019, according to French public records.

Before dissolving an association, the Ministry of the Interior informs the concerned party, which has 15 days to reply with its counter-arguments. Then, once the decree is published, the organization can take the case to the Council of State, an administrative court.

To date, Nante Révoltée says it has not received any communication from the Ministry of Interior regarding its closure.

Of the organizations shut by decree since January 2020, seven are Muslim-related, including associations to run mosques, a humanitarian organization and anti-Islamophobia groups, the records show. Three far-right groups have been closed.

Announcing the plan to close “Nantes Révoltée” to MPs in the French parliament on Tuesday, Darmanin described it as an “ultra-left” group that had repeatedly called for violence against the state and the police in the run-up to the weekend protest , at which three people were arrested, shop windows were broken and fights broke out.

Raphael Kempf, a lawyer for Nantes Révoltée, said that a website sharing information on an event could not be held responsible for what happens there.

“We are seeing a government that is using this legal tool to attack voices that criticize them,” says Kempf, adding that the government now has enhanced powers under 2021 legislation that makes inciting violence grounds for dissolution. Previously the groups had to themselves be armed or violent.

The 2021 legislation was introduced in response to violent attacks that France has seen in recent years, including the beheading of schoolteacher Samuel Paty in 2020 and the 2015 attacks on Paris that killed 130 people.

But some lawyers and campaign groups say the authorities are overreaching to muzzle critical voices and target anyone practicing a form of Islam not approved by the state.

During a TV interview on Sunday, Darmanin announced the Islamic website “La Voie Droite” would be closed using the 2021 legislation for “content inciting for hatred and calling for jihad”.

La Voie Droite denied publishing such content, saying in a statement that “when we encourage Muslims to respect the texts, it is opposed to any type of threat or legitimation of violence”.

The French Interior Ministry did not immediately respond to Reuters’ request for comment.

In another step that has alarmed some rights groups, the French government has ramped up censorship of content on the internet deemed to be terrorist-related or justifying violence under a 2014 law. Officials say that it is necessary to stem violent attacks.

“The decision-making process is opaque,” she said. “[The police] can designate something Muslim as problematic even if it is not violent, they can do the same with something activist that is calling to protest.”