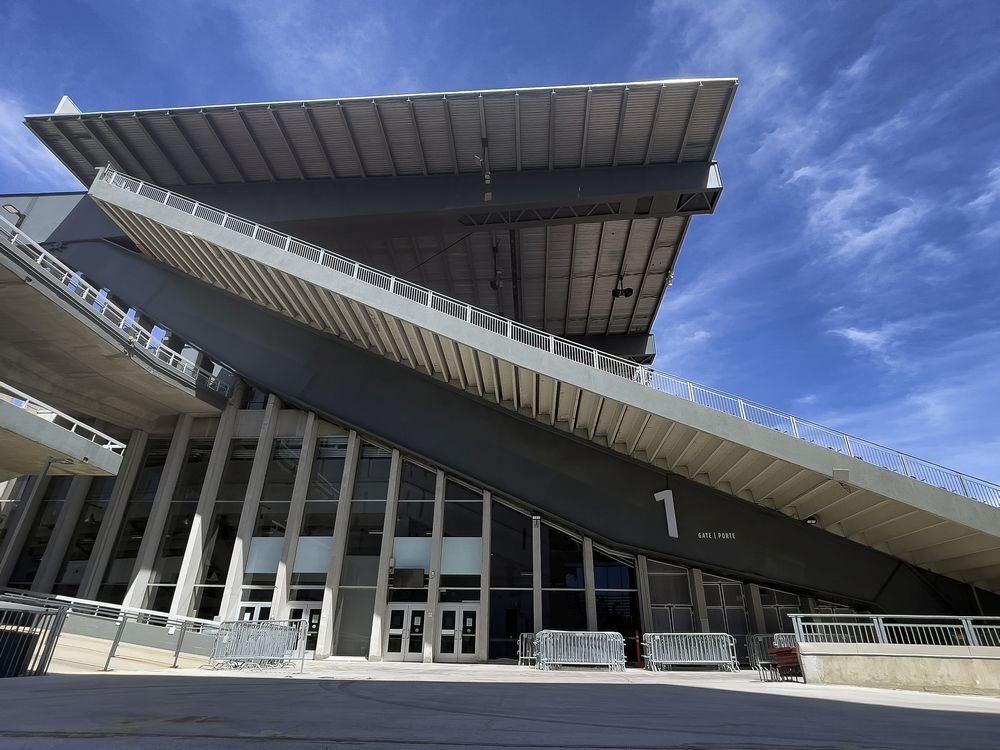 People suspicious of a $332.6-million redevelopment proposal for Lansdowne Park accused the city on Friday of replicating a lackluster model from the first project and called on council to widely consult the public before endorsing the plan.

But, after listening to about 30 presentations from both enthusiastic and protesting delegates during a meeting lasting more than eight hours, the finance and economic development committee unanimously endorsed a staff-recommended strategy to pursue a new event center arena and north-side stands, partly paid by revenue from a high-rise development on the site.

Council will be asked to ratify the committee’s Lansdowne 2.0 decision on May 25.

The finance committee is the easier approval for Ottawa Sports and Entertainment Group, the city and the partnership’s supporters; when it comes to Lansdowne, most of the skepticism on council has come from non-committee members.

Just like the first redevelopment of Lansdowne, there’s plenty of apprehension in the city, especially in communities around the site, about a revised public-private partnership that city staff say would be a good financial deal for property taxpayers.

Skeptics argued they haven’t seen Lansdowne fulfill the vision of the first redevelopment under the partnership.

“I’m reminded of the Taylor Swift song that says, ‘I think I’ve seen that film before,’” said June Creelman, who helped lead the Friends of Lansdowne group that fought the city/OSEG partnership in court more than 10 years ago

“The ending was certainly not what was promised last time,” Creelman said.

“We are doubling down on a failing strategy,” Neil Saravanamuttoo said during his deputation.

One problem identified by speakers is the proposed 1,200 new homes in high rises that could be taller than 40 storeys, but on a property not served directly by rapid transit. The city hasn’t yet advanced detailed planning arguments other than that the site could use more homes and that 1,200 units would supply the property taxes needed to fund the Lansdowne 2.0 project.

The city would need to borrow $275.5 million and make $13.8 million in annual principal and interest payments for 40 years to help pay for the new sports facilities and part of a new retail component. The city would count on the future property taxes, sale of residential development “air rights” and ticket surcharges to pay off the debt.

If council votes to move ahead with Lansdowne 2.0, the city plans to spend $8 million on pre-construction work, including running a competition for air rights and working on planning approvals.

All three community associations closest to Lansdowne said the city should slow down and re-examine financial Hail Mary.

Supporters, however, said council shouldn’t set up a block in front of Lansdowne 2.0.

Jon Sinden, who moved to Old Ottawa South from Toronto with his family three years ago, told the committee about how Lansdowne had enriched his family’s lives in their short time living in Ottawa through concerts and sporting events. Sinden urged councilors to endorse Lansdowne 2.0.

“We’re 10 years smarter and we’re trying to address the two glaring weaknesses that are left in the situation,” Greenberg said.

Coun. Shawn Menard, who represents the Lansdowne area, was angry that no one on the committee would move his motion from him to the table for discussion on his behalf, calling committee members’ behavior “shameful.” He wanted to recommend launching a public consultation before committing the city to the next step in Lansdowne 2.0.

Menard, who’s not a member of the committee, will get an opportunity to present motions during the next city council meeting.

“We were on a really good path, then we ignored what we said what we were going to do,” Menard said of the consultations.

The next city council will get the final say in 2023 on whether to go through with Lansdowne 2.0.

Watson, who’s not running for re-election, said he believed most people liked what the city and OSEG had done at Lansdowne so far. I have acknowledged many people’s suggestion that the proposed Lansdowne redevelopment should be an election issue.

“I really hope it is,” Watson said.