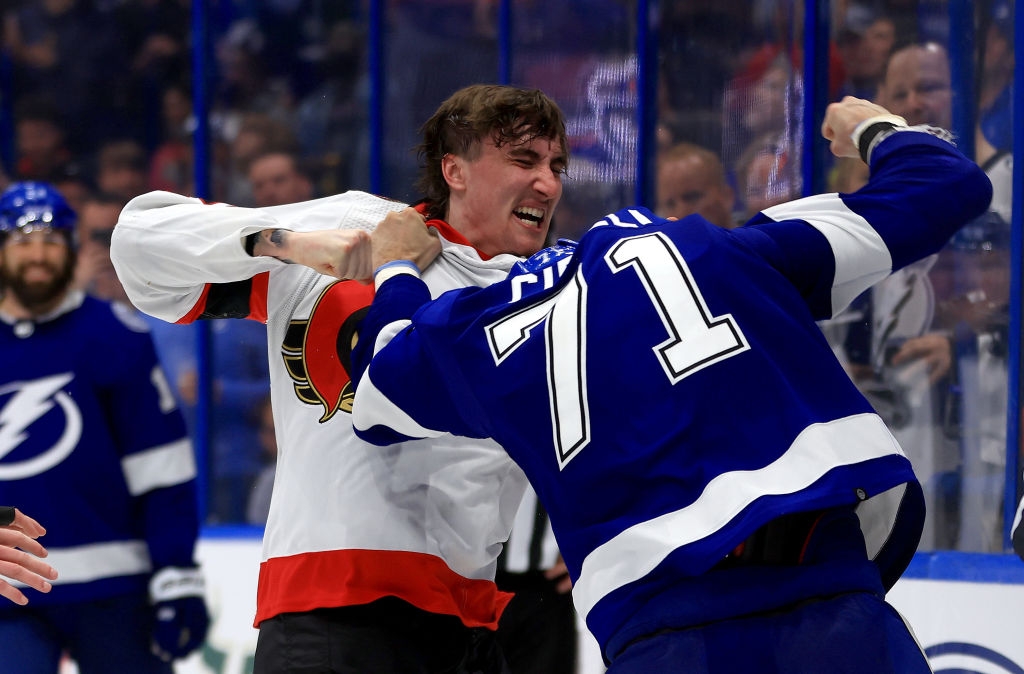 Hockey and fighting go hand in hand, with some players craving for the helmet and gloves to come off and fans showing their appreciation by banging on the boards.

But when it comes to the most violent team in the NHL, who gets the crown?

BonusFinder looked at how NHL teams performed when it came to fighting and major penalties over the last four seasons and the top toughest teams may (or may not) be surprising.

The Ottawa Senators were ranked the most aggressive of teams in Canada, thanks to 99 major penalties against them.

The Sens were followed by the Calgary Flames with 86, both teams cracking the Top 10, while the Edmonton Oilers who boasted 73 major penalties, the Vancouver Canucks with 69, the Montreal Canadiens have 66 while the Winnipeg Jets were right behind them with 63.

Meanwhile, the Toronto Maple Leafs are the least angry Canadian team in the league and third-last overall, with only 39 majors.

In fact, sometimes Leafs fans fight more than the players themselves.

Overall, the Anaheim Ducks led the pack of aggressors, amassing 107 major penalties since the 2017-18 season.

The New York Rangers and Florida Panthers tied for a second with 105 major penalties but the Rangers had more minor penalties (1,121) than the Panthers (1,063).

Defending Stanley Cup champions Tampa Bay Lightning have the honor of most penalty minutes over the last four seasons with 3,306.

The least combative team is the Carolina Hurricanes, with a total of 32 major penalties.

As for which players other players should watch out for, Liam O’Brien of the Arizona Coyotes needs anger management the most with eight fights in the 2021-22 season.

A three-way tie for a second with six fights total features two Predators – Mark Borowiecki and Tanner Jeannot – and the Sharks’ Jacob Middleton.

Nicolas Deslauriers of the Ducks, the Wild’s Marcus Foligno, Sharks’ Jonah Gadjovich, Keegan Kolesar of the Knights, the Lightning’s Patrick Maroon each have five fights under their belt while Brendan Lemieux of the Kings rounds out the Top 10.

Interestingly, no players from Canadian teams made the cut.