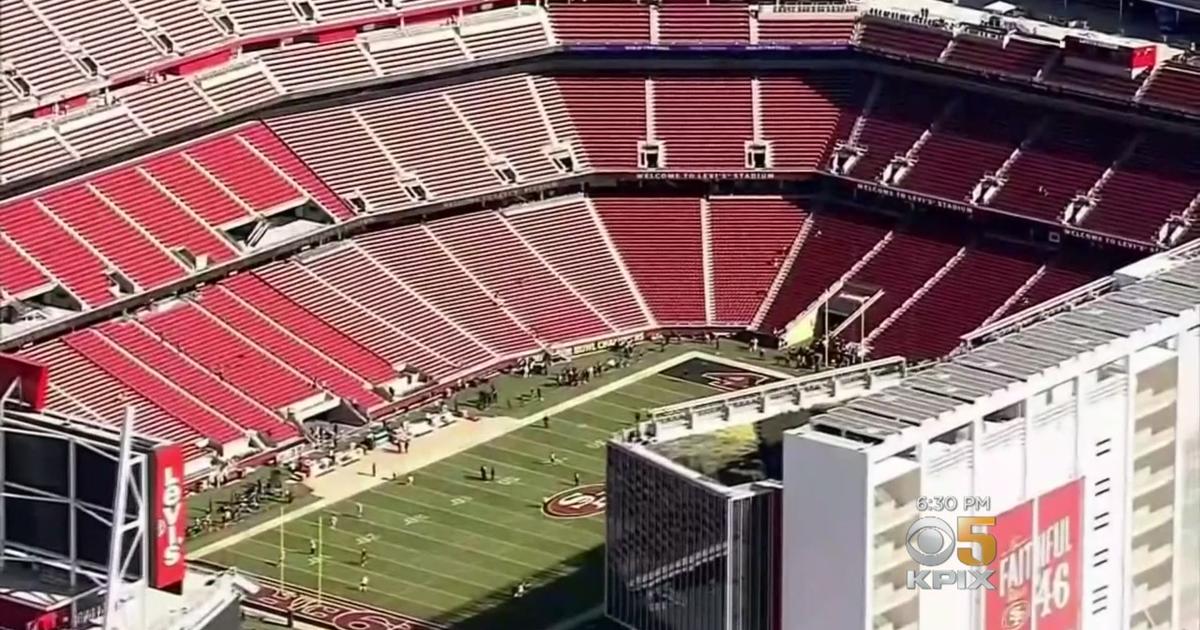 NEW YORK — FIFA announced on Thursday that Levi’s Stadium in Santa Clara would be one of the sites for the 2026 World Cup.

Levi’s Stadium will be the only World Cup venue in the region. It’s the second stadium in the region to be used for World Cup events, with Stanford Stadium in Palo Alto being the first.

FIFA predicts that 2 million tickets for World Cup events at Levi’s will be sold, and that millions will be injected into the local economy. History provides some context for this, as the Bay Area still holds the record for highest-attended FIFA World Cup™ event when America hosted the cup for the first time in 1994.

“The Bay Area and Los Angeles are home to state-of-the-art sports facilities, world class restaurants and hotels, and some of the largest companies anywhere in the world – but what really makes them special are their people. Both the Bay and Los Angeles have incredibly diverse communities that thrive on accepting people and ideas from around the world and have been growing soccer hubs for generations,” Gov. Gavin Newsom said. “California is a beacon of hope for immigrants from across the globe and we’re excited to show the world our global community here in our own backyard as hosts for the World Cup in four years.”

Since opening in 2014, Levi’s Stadium has hosted several international soccer games and major sporting events, including the 2016 Copa America, the 2017 CONCACAF Gold Cup, and Super Bowl 50. The largest soccer crowd at Levi’s Stadium was 70,547 for a Copa America match between Mexico and Chile.

Seventeen stadiums in 16 areas were in contention to be among 10-12 selected from the US for the tournament ahead of Thursday’s announcement, which will be co-hosted with Mexico and Canada. The US will host 60 of the 80 games under FIFA’s plan, including all from the quarterfinals on, and there was little doubt about the venues for 10 games each in the other nations.

Most experts believed AT&T Stadium in Arlington, Texas, and Met Life Stadium in East Rutherford, New Jersey, along with SoFi Stadium in Inglewood or the Rose Bowl in Pasadena were essentially guaranteed to be among the selected venues.

Sports executive and former president of the US Soccer Federation Alan Rothenberg said the decision remained uncertain in the final week between SoFi, which may need pricey renovations to create a wider field, and the Rose Bowl.

“Even to this moment, there’s calls going on all day long trying to sort it out,” he said Tuesday. “There will be discussions between the LA host committee and FIFA right up almost to the moment of the announcement. The costs of LA are a huge part of the difficulty.”

Outside of the US, Mexico City’s Estadio Azteca, which hosted the 1970 and ’86 finals and will become the first stadium in three World Cups; Guadalajara’s Akron Stadium; Monterrey’s BBVA Stadium; Toronto’s BMO Field and Vancouver, British Columbia’s BC Place. Edmonton, Alberta’s Commonwealth Stadium was likely to be dropped.

“This country has even more than 17 cities capable of hosting the World Cup, and it will be a pity for those that miss out,” said Telemundo’s Andrés Cantor, who has broadcast the tournament since 1990 and will co-host the announcement. “But I don’t think it’s going to take away from the desire of the soccer fan to attend the game, wherever their country lands in 2026.”

Just two of the contending stadiums hosted games in 1994, the Rose Bowl joined by Orlando. Dozens of training complexes have been built for MLS teams, creating a far better infrastructure than at the first World Cup in the US, when Italy worked out at The Pingry School in Basking Ridge, New Jersey, and the US practiced ahead of its opener on a wind-swept field at Oakland University in Rochester, Michigan.