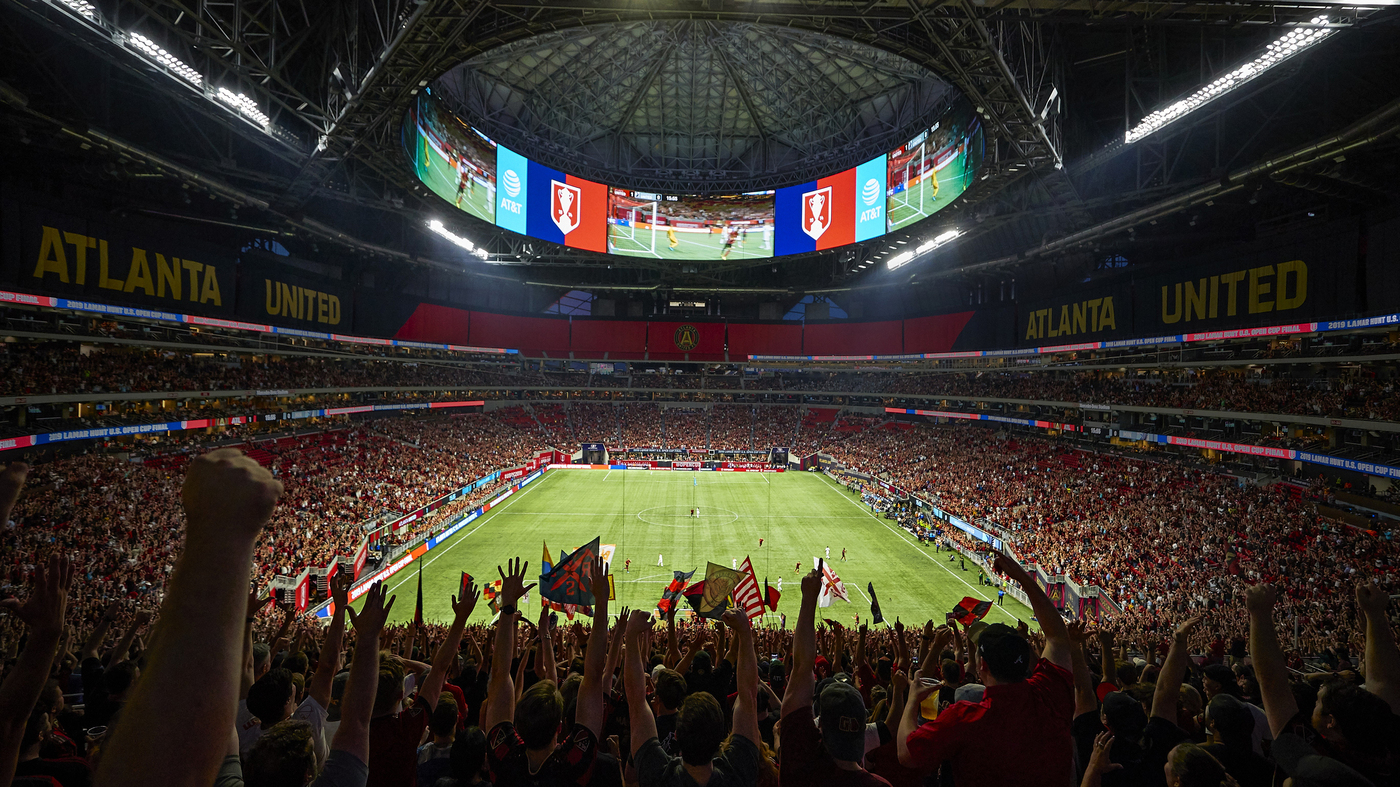 Fans of the MLS’ Atlanta United wave banners at Mercedes-Benz Stadium in Atlanta, a venue selected for matches in the 2026 World Cup.

Fans of the MLS’ Atlanta United wave banners at Mercedes-Benz Stadium in Atlanta, a venue selected for matches in the 2026 World Cup.

Four summers from now, 48 countries will live for the 2026 World Cup as the tournament is staged in cities across the United States, Canada and Mexico.

FIFA, soccer’s international governing body, announced these will be the host cities for 2026:

Eleven sites are in the US, three are in Mexico, and two in Canada. Locations for particular matches, including the sites of the opening and final matches, will be announced later.

Cities that were not selected include Cincinnati; Denver; Edmonton, Canada; Nashville, Tenn.; Orlando, Fla.; and Baltimore.

The “main” opening match will likely take place in either Los Angeles or Mexico City – both cities that have previously hosted World Cup finals.

The US, Canada and Mexico were selected as the winning bid in 2018, beating out Morocco. The US previously hosted the World Cup in 1994; Mexico hosted the tournament in 1970 and 1986.

The three countries’ joint bid branded itself the United Bid, under the motto “Unity. Certainty. Opportunity.” Their campaign highlighted the major financial opportunity posed by hosting the games in North America, as well as the ease and certainly of using large-capacity stadiums that are already in use.

The majority of the US arenas in contention regularly host NFL teams, and some are home to MLS squads as well. The Canadian stadiums host the Canadian Football League and MLS, while the proposed arenas in Mexico are home to teams in Mexico’s top soccer league, Liga MX.

Fans cheer on the US during a World Cup watch party in 2014 at AT&T Stadium, in Arlington, Texas, near Dallas. The arena will host matches during the 2026 World Cup.

Fans cheer on the US during a World Cup watch party in 2014 at AT&T Stadium, in Arlington, Texas, near Dallas. The arena will host matches during the 2026 World Cup.

The bid touted the stadiums’ luxury suites and club space — promising that all are “ideally designed to host FIFA leaders and guests, international dignitaries, and the premium ticket buyer.”

Staging the World Cup across three very large countries will pose significant travel challenges for teams and the fans who follow them, especially compared to tournaments hosted in a single country with strong rail connections that allow fans to zip from city to city.

The United Bid took this into account by designing regional clusters for teams and groups.

In the course of the tournament’s knockout stage, there will be a flow from West to East, and the bid proposed siting the final match at MetLife Stadium in East Rutherford, NJ The bid also suggested hosting the two semifinals in Atlanta and Dallas.

But long before the world’s soccer fans arrive in North America, there’s the 2022 World Cup, taking place in host nation Qatar. The tournament begins Nov. 21 and runs through Dec. 18.