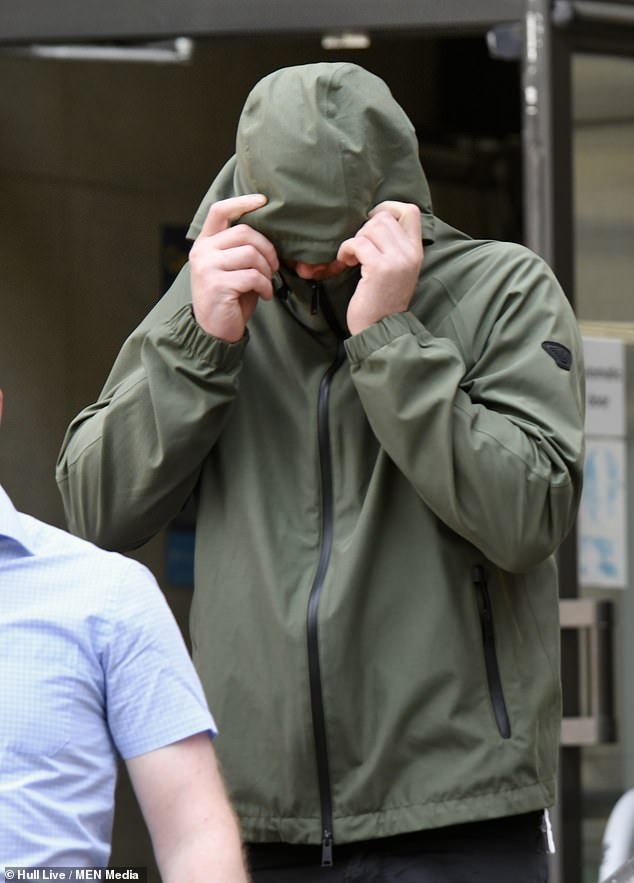 Family fury in court as BMW driver, 32, pleads not guilty to causing deaths by dangerous driving of best friends aged 10 and 11 who were knocked off their bikes in road crash

By Gemma Parry For Mailonline

A BMW driver sparked outrage in court when he denied causing the death of two best friends, aged 10 and 11, by dangerous driving.

Jack Hart, 32, pleaded not guilty to causing the deaths of Steven Duffield on October 19, 2020 and of Mason Deakin on November 2, 2020 by dangerous driving on Anlaby Road, west Hull.

He entered the pleas in Hull Crown Court and the case was adjourned until January for trial, with a time estimate of at least four days.

Hart, who was allowed to bail until his next appearance in October, pulled his green hooded coat over his face as he left the building

When entering the not guilty pleas, a man in the public gallery shouted: ‘That’s f*****g outrageous’ alongside another expletive-filled comment before leaving the courtroom.

Around 25 people, including family and friends of the two boys and Hart, of Anlaby Road, gathered outside the courtroom. Only three from each family were allowed in court due to limited space inside.

Hart, who was allowed to bail until his next appearance in October, pulled his green hooded coat over his face as he left the building, and was quickly bundled into the back of a vehicle by his supporters.

With brown hair shaved at the sides and tattoos on both arms, he wore a white polo shirt and dark trousers for the short hearing.

Prosecutor Laura Marshall provided details of the likely timetable for the management of the case and confirmed the trial date was convenient for the families of both boys. 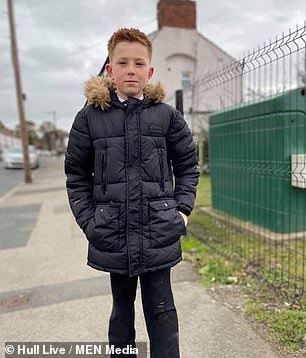 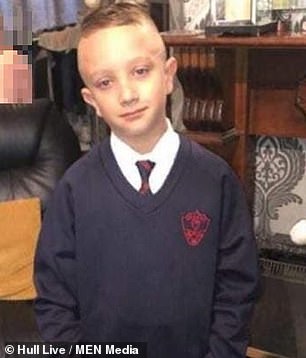 Best friends Steven and Mason were riding their bikes along a busy stretch of Anlaby Road near East Yorkshire buses garage when the accident happened on October 19, 2020

Best friends Steven, 10, and Mason, 11, were riding their bicycles along a busy stretch of Anlaby Road near the East Yorkshire buses garage when the accident happened at around 18:10 on October 19, 2020.

The boys were taken to Hull Royal Infirmary where Steve later died.

Mason was kept in intensive care and was transferred to Leeds General Infirmary, where he remained in a coma and on life support. He died two weeks later.

Mason’s father, Jordan, said the family has found comfort in visiting the scene of the accident, where hundreds of tributes have been laid.

‘Mason was just a fun-loving little boy,’ he said. ‘He was loved by lots of people. He was out cheeky little man. He was always wanting to be out and about.

‘He had an iPad and all the games consoles but he always wanted to be out on his bike.

‘He and Steven were best friends. His auntie lives around here and they were always playing out on the skate park on West Park. That is where Mason always was.’