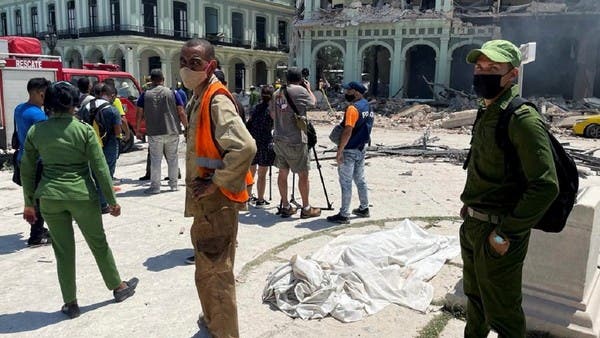 A powerful explosion damaged a hotel in the Cuban capital on Friday and officials reported at least four people had died.

The blast at the Hotel Saratoga, a 19th century structure in Old Havana, was apparently due to a gas leak, according to the Twitter account of the office of President Miguel Díaz-Canel, who went to the site.

It said search and rescue efforts were under way for people possible trapped.

Photos published by government news media showed severe damage to the hotel, with clouds of dust billowing into the sky.

The Cubadebate website reported that a school next door had been evacuated.