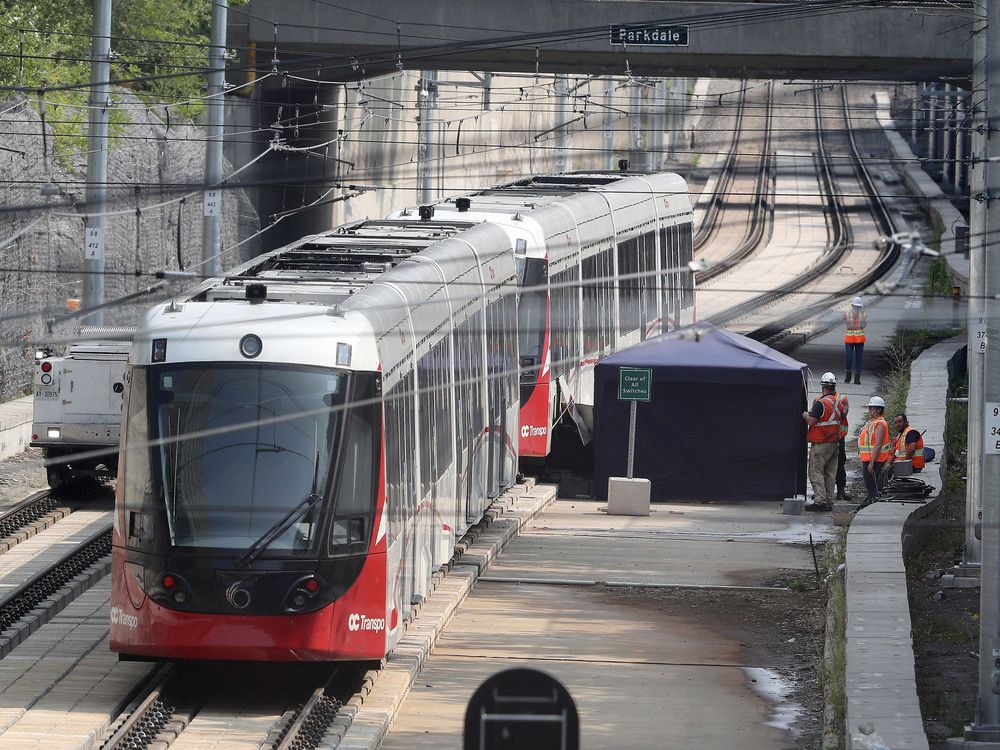 With Alstom trying to design its Citadis train for the overseas market while trying to meet a bid deadline for the City of Ottawa’s Stage 1 LRT project, there wasn’t time for the company to research the availability of skilled workers in Ottawa, Yves Declercq said .

Declercq, a veteran Alstom manager who was director of the Citadis Spirit train program, testified on Day 4 of the inquiry that the company was even trying to determine where it would assemble trains for Ottawa’s project shortly before RTG’s bid was due to the city in 2012 .

The commissioner heard Alstom also didn’t have time to nail down its supply chain for the Citadis Spirit trains, which would be an adapted design requiring significant modifications from the parent Citadis model used in other parts of the world.

“During the window of time, we didn’t have time to look at every little detail of the local market,” Declercq told commission co-lead counsel Christine Mainville.

In a similar line of questioning by city lawyer Jesse Gardner, Declercq said the LRT project’s 25-per-cent Canadian content rules for the vehicles meant Alstom had to assemble the vehicles in Ottawa since it wasn’t possible to get the train parts from Canadian suppliers.

Alstom discovered quickly there was a “limited qualified local (workforce) for industrial manufacturing,” Declercq said. When the company secured workers, many of them left eleven they were trained and were able to write “Alstom” on their résumés, Declercq said.

Worker availability became an issue later in the maintenance phase of the LRT program as Rideau Transit Maintenance, an RTG affiliate whose main subcontractor is Alstom, tackled a backlog of work.

Declercq said he wasn’t responsible for the maintenance part of Alstom’s involvement in Ottawa LRT.

It was a bit of a shock for Alstom to find itself involved with Ottawa’s LRT project.

RTG’s first choice for a train, one developed by CAF, was rejected by the city, prompting RTG to call Alstom for a train proposal mere months from the city’s bid deadline, the commission has heard.

Alstom originally wanted to do part of the LRT job, but didn’t make it past the qualification stage, so it was surprised to be contacted by another consortium to pitch a train product for the Ottawa project, Declercq said.

For Alstom, it was another chance to get a foothold in the North American market.

Declercq addressed the August 2021 derailment and offered a new reason for the out-of-service train leaving the tracks near Tunney’s Pasture Station, based on a root-cause analysis recently completed.

The derailment has been characterized as an axle failure.

According to Declercq, the axle issue was known to the company before the Ottawa project, but the component wearing happened much more quickly in Ottawa, prompting the company to send experts to understand why.

Declercq claimed the rails weren’t correctly put down, but Capern suggested there was no independent evidence to suggest the rails were non-compliant.

The maintenance plan to keep the trains safe has Alstom checking and testing the train wheels every 7,500 kilometers.

The inquiry commission has exposed disagreements between RTG subcontractors.

There were problems with coordinating Alstom and signaling system provider Thales. The technology used by each of those two companies informs the work of the other.

Declercq said there seemed to be no one at Ottawa Light Rail Transit Constructors (OLRTC), the construction arm of RTG, making sure the different project pieces were in sync. I have highlighted a particular problem getting information from Thales, creating delays.

“To my memory, there was no designated person for system integration,” Declercq said.

Manuel Rivaya, a former Dragados Canada executive who was on the oversight committee for OLRTC, said there were disputes between the construction group and its engineering contractor when it came to systems integration.

The public can watch all hearings of the LRT inquiry on video screens set up at Fauteux Hall at the University of Ottawa, online at www.ottawalrtpublicinquiry.ca or on Rogers TV (channels 470 in English and 471 in French).

On Friday, the commission is scheduled to hear from Antonio Estrada, who was CEO of RTG during most of the construction phase of the LRT system, and Rupert Holloway, who at one point was project director for OLRTC.