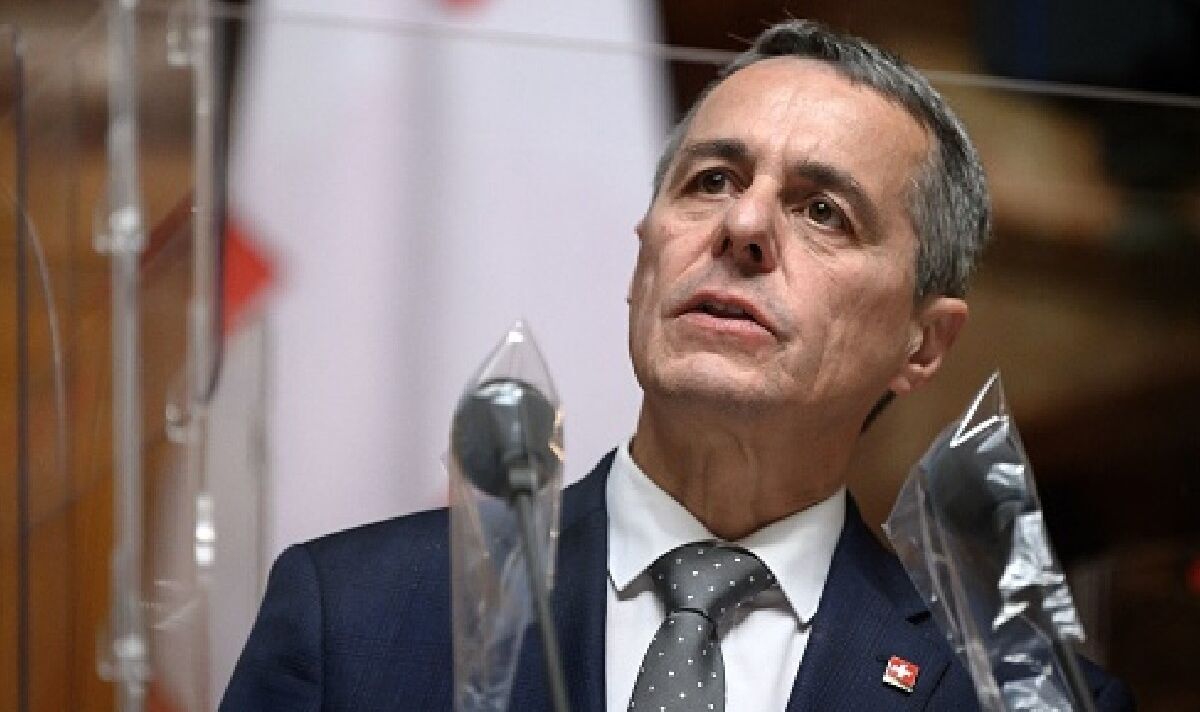 The European Union’s relationship with Switzerland is falling apart over negotiations on the country’s place in the EU’s internal market. Brussels has pushed for years for a treaty to cap an array of bilateral accords and require the Swiss to routinely adopt changes to single market rules.

Talks between Bern and its biggest trading partner broke off in May 2021 over concerns about yielding too much sovereignty to the bloc.

He said: “We have granted Switzerland almost everything it wanted.

“At some point you have to say: enough is enough.”

It has been a year since the Federal Council broke off negotiations with Brussels on a framework agreement.

The EU ambassador’s assessment is devastating: the climate is frosty.

All the problems that the agreement was supposed to solve were still there.

Switzerland would benefit most from the EU’s internal market, even though it was not a member.

Where it participates in the internal market, it must accept the rules of the EU – especially in the controversial area of ​​the free movement of persons.

In the past, the EU had made great efforts to accommodate Switzerland.

For example, it had agreed to exceptions and a new court of arbitration.

President Ignazio Cassis did not accept the harsh criticism. He hit back: “We are also disappointed how little flexibility the EU has shown so far.

“We expect the EU to be a little more pragmatic in accommodating us.”

The Federal Council decided in February that it wants to regulate the individual issues such as the free movement of persons, land transport or technical trade barriers with the EU individually – and no longer with an all-encompassing framework agreement.

In addition, it wants to expand the scope of the negotiations to include additional topics such as electricity and health.

Switzerland’s chief diplomat Livia Leu has since had two rounds of talks with her contact at the EU Commission.

A recently published exchange of letters between Switzerland and the EU made it clear that the positions are far apart.

Domestically, the Federal Council is under pressure from the business and research industries, which are feeling the negative consequences of the blockade.

In a narrow decision, it called on the Federal Council to negotiate another cohesion payment with the EU – in return for being readmitted to the EU’s Horizon research programme.

The Federal Council will have the opportunity for a detailed debate this Friday: a closed session on European policy is on the agenda.