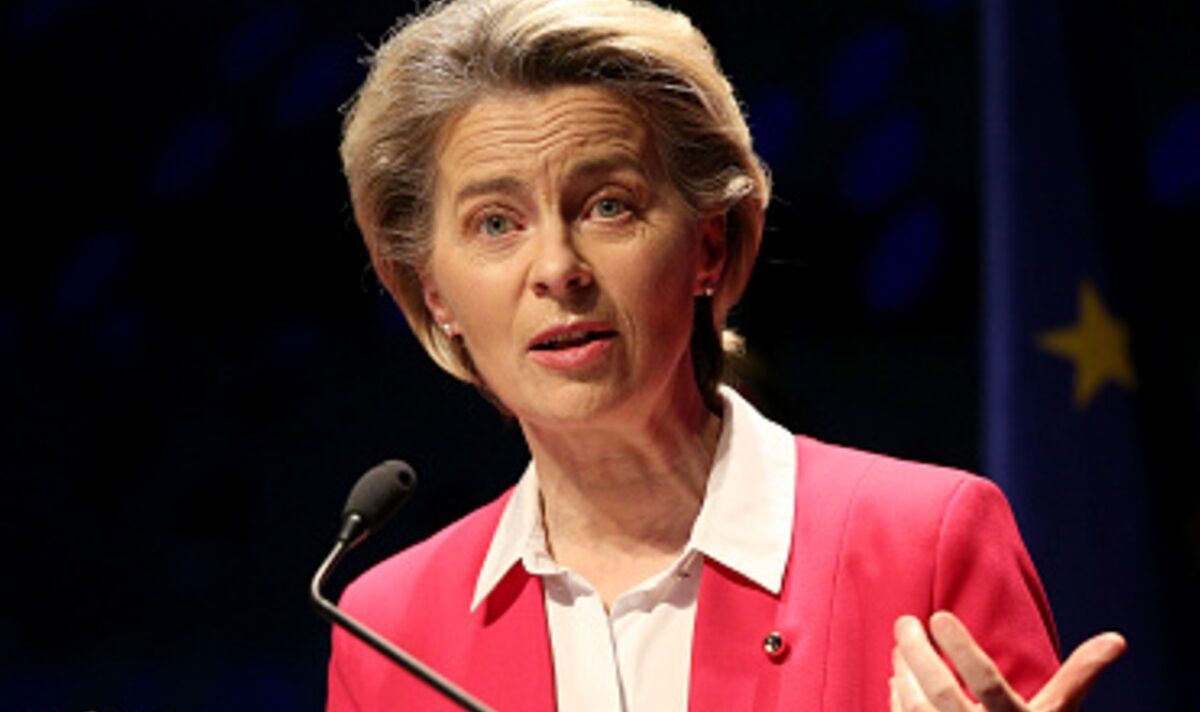 The EU Commission President is preparing to sell additional emission allowances to member states that would undermine the bloc’s most important climate mechanism. With the move, Mrs von der Leyen is risking to reverse years of EU efforts to reduce emissions with the Emissions Trading System.

Commenting on the proposal an EU diplomat told Politico: “The aim is to reduce our dependence on Russian energy and speed up the green transition, so a proposal that actually incentivises fossil fuel use borderline schizophrenic sounds.”

The plan aims at raising €20 billion with the sale of additional CO2 emission permits.

The bloc’s executive needs the cash for its REPowerEU subsidy scheme.

By reversing a decision the Commission made in 2018 to cancel a surplus of allowances in the “market stability reserve”, Mrs von der Leyen is effectively making it cheaper again to burn coal in power stations across the EU.

The Commission admitted the plan could in some cases also be used to build new oil pipelines.

Energy companies also spoke against the plans, lambasting the decision.

Markus Krebber, CEO of major German energy company RWE, and economist Felix Matthes of the Institute for Applied Ecology wrote that the whole structure of the EU emissions trading system is “being brought down by the EU Commission’s plan”.

They added: “Europe is being robbed of its functioning, market-based and efficient instrument for achieving emissions reductions.

“But it’s an illusion that this will avoid taking on new debt. The debt will only be incurred in a place where it is much harder to offset: in climate protection.”

The plan is also causing a new rift among member states as Germany, Denmark, Luxembourg, the Netherlands, Austria, Finland and Ireland opposed the plans.

REPowerEU is the European Commission’s plan to completely cut oil and gas imports from Russia by 2027.

The plan involved a pledge to increase its binding energy efficiency target from nine percent to 13 percent by 2030.

To do this, the bloc is encouraging people to “switch off the lights”, to “drive more economically” and to “use less air-conditioning”.

Critics have torn apart the plan for being “tone deaf” and not providing the help that millions in nations facing energy poverty need “right now” now as people are forced to choose between eating and heating.

Martha Myers, a lead organizer at the Right to Energy Coalition, said: “The EU response … seems extremely tone deaf to the lived experience of the financial strain of millions who are actually under-consuming energy right now.”

She added that this is a “very neoliberal kind of behavioral change” that shifts the blame onto consumers rather than governments and energy companies.

It comes as energy prices are continuing to skyrocket amid the Ukraine war, which is causing a huge knock-on effect on customers who have to cope with rising bills

2019 saw a quarter of EU households — around 50 million people – not being able to heat, cool or light their homes properly over cash concerns, according to an EU-led study.

The EU now estimates that this number is 50 and 125 million people.

And this is getting worse as utility bills are surging in accordance with the skyrocketing prices of gas, 40 percent of which the EU gets from Russia.

That is because the war in Ukraine, in combination earlier price trends sparked by Russian gas squeezes, saw EU energy prices shoot up by 40 percent in March compared to the same period last year.