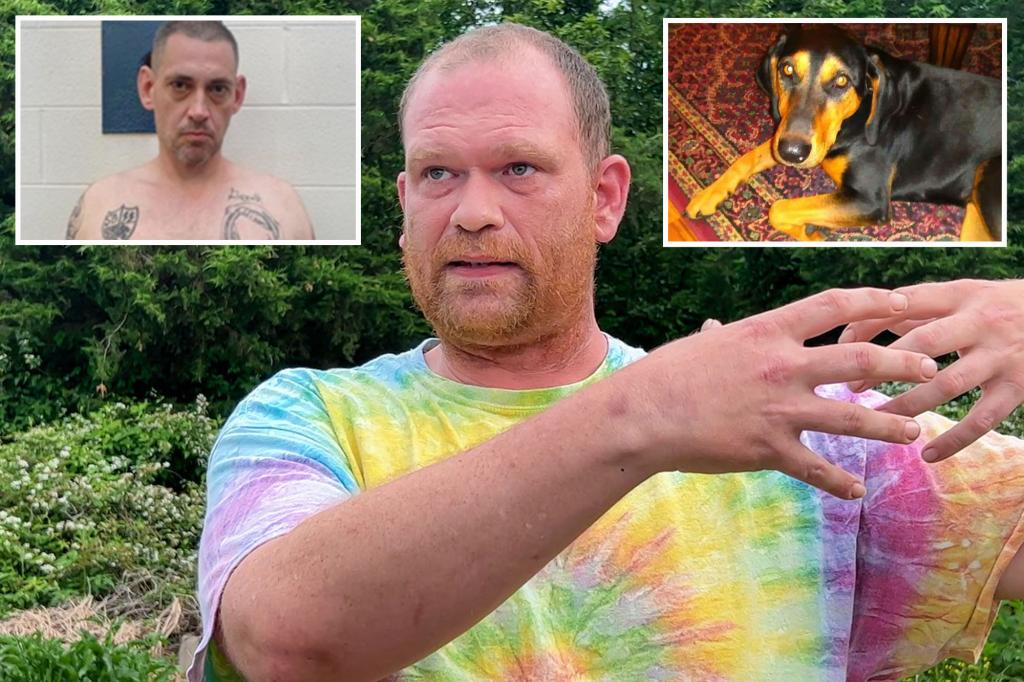 ATHENS, Ala. – An Alabama man who was nearly murdered by Casey Cole White described the escaped convict as “hunter-like” and warned he knows how to hide — as he compared the accused killer to Charles Manson and Ted Bundy.

“And of all people to escape, this dude is probably the worst level that you could possibly let escape.

“You’ve got like [Charles] Manson and you’ve got friggin’ like Bundy and all these crazy people. He is on that level for me.”

Abernathy, 37, testified against White during his 2019 trial on attempted murder and kidnapping charges stemming from a 2015 crime spree and said he’s worried the career criminal will “hunt” him down after he escaped from the Lauderdale County jail a week ago.

Casey and his apparent accomplice — 56-year-old assistant director of corrections Vicky White — have been missing since last Friday morning and appear to have vanished without a trace.

“Casey White is good enough to not be caught,” Abernathy said. “He stalked our house for days before he came in… he’s very hunter-like.”

Abernathy was watching a horror movie with his boyfriend at their home in Athens on the evening of Dec. 2, 2015 when Casey, toting guns in each of his hands, suddenly burst through the door with a plan to kill his ex-girlfriend, who ‘d been living at home.

As the woman’s children slept in the basement, Casey chased after her and held her, Abernathy and his boyfriend at gunpoint.

With his face down on his bed, Abernathy began to pray for his life.

Suddenly, Abernathy’s dog Missy Britches, a bloodhound and German Shepherd mix, burst into the room and bit Casey, startling him enough that the trio was able to escape.

Casey’s ex bolted out the backdoor and Abernathy and his boyfriend fled through a bathroom window.

“Missy Britches, she ran. Ella she heard what was going on… she is the true heroine of the story. Why, she saved our lives, ”Abernathy said.

The trio were able to escape to safety at a neighbor’s house but tragically, Missy Britches was shot multiple times by Casey and bled to death before help could arrive.

“[She was] super loyal, she would never bite a soul,” Abernathy recalled as he began to cry.

“We buried her actually on that land as well, because we felt like… she was, you know, a protector there and she still is I think.”

Casey was arrested later that night following an hours-long standoff with police and was convicted for the crime in Feb. 2019 and sentenced to 75 years behind bars.

Abernathy had never met Casey before that night but said he learned enough about the madman from his ex, who is now in hiding.

He warned the born and bred “country boy” is known to wear camouflage and will be tough for US Marshals to track down.

“If I had the means, I would pack my stuff and get my dog ​​and I would go as far as possible from the state of Alabama,” Abernathy told The Post.

As for Vicky, the correction officer who apparently absconded with Casey, Abernathy had one question: “Why?”

“What I’m afraid of is she’s not even alive anymore,” Abernathy said.