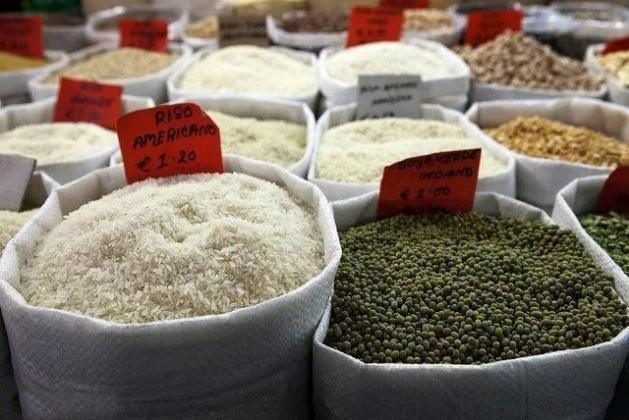 ROME, Jun 16 (IPS) – This is an op-ed by Mario Lubetkin, Assistant Director-General at FAO If the war in Ukraine and other conflicts around the world continue, the challenge for 2022 will be to guarantee greater access to existing food supplies , and sufficient food production by 2023.

As we approach four months since the start of the war, data continues to show a trend of rising food prices, particularly in the poorest countries, while concern grows about the possible effects of these increases.

The potential shortages of some commodities may generate internal instability in many countries, increasing internal and external migratory flows.

Russia and Ukraine together account for 30% of world exports of wheat and corn, and 63% of sunflower seeds. According to experts, there is already a shortage of three million tons of these grains this year, despite increased exports from other countries, such as India.

Rising energy and fertilizer prices may cause an increase in hunger by several tens of millions of people, severely increasing the figure of 811 million already suffering from hunger in 2020.

That figure continued to increase due to the effects of COVID-19, by more than 100 million in 2021, putting the next global harvest at risk.

According to a recent study by the Food and Agriculture Organization of the United Nations (FAO) and the World Food Program (WFP), some 193 million people in 53 countries were already acutely food insecurity and in need of very urgent assistance in 2021, almost 40 million more than in 2020.

It will be the most fragile countries in Africa and Asia that will pay the highest price, even though many European countries are 100% dependent on Russian fertilizers, the world’s leading exporter.

This is the case of Estonia, Finland, Lithuania and Serbia, while countries such as Slovenia, North Macedonia, Norway and Poland, among others, are also heavily dependent on these fertilizers.

In addition, more than 50 nations in other parts of the world are at least 30% dependent on Russian fertilizers.

Egypt and Turkey are among the countries that may be most affected by their reliance on imported wheat and corn from warring European nations, as well as several African countries such as Congo, Eritrea, Madagascar, Namibia, Somalia and Tanzania.

In relation to the increase in food prices, there are countries like Lebanon where the increase has already exceeded 300%. However, even more developed countries are feeling the impact of the conflict, as in the case of Germany, where prices have risen by 12%, and the United Kingdom, where they have risen by more than 6%.

By the end of March, just over a month into the war, food products had already increased by 12.6%, the highest increase since 1990 according to FAO data.

Reduced production can lead to an immediate drop in food quality, causing an increase in the critical situation of obesity that already exceeds 600 million people, while more than 2 billion are overweight, which can also increase health risks, from cardiovascular conditions to diabetes.

“We need to keep the global trading system open and ensure that agrifood exports are not restricted or taxed,” said FAO Director-General Qu Dongyu.

According to Qu, it is necessary to increase investments in countries affected by current food prices, reduce food waste, and improve and make more efficient use of natural resources such as water and fertilizers.

There is also a need to promote social and technological innovations that will significantly reduce market disruptions in agriculture, as well as to improve social protection and personalized assistance for the farmers most affected by this crisis.

The Chief Economist of FAO, Máximo Torero, recalled the proposal of this specialized organization based in Rome to create a global instrument, called the Food Imports Financing Facility, worth 9,000 million dollars to cover 100% of the food costs for the most affected countries in 2022.