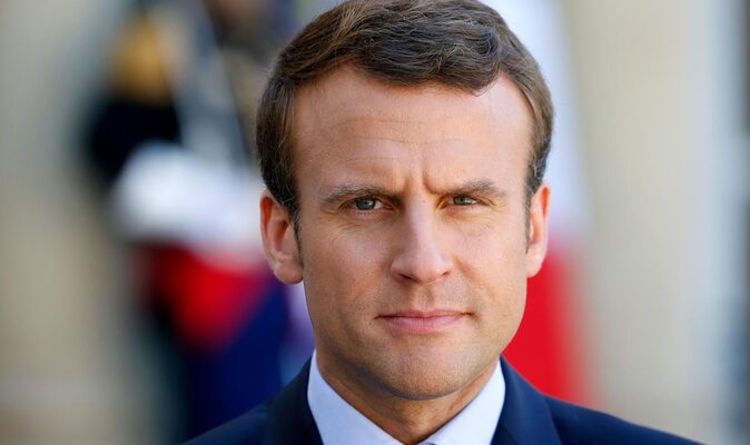 Diplomat and professional communicator Cormac Smith sat down on Talk Radio to discuss President of France Emmanuel Macron’s diplomatic approach towards Russia. Mr Smith spoke with journalist Julia Hartley-Brewer about Macrons recent visit to Kyiv to speak with Ukrainian President Volodymyr Zelensky. Both Emmanuel Macron and German Chancellor Olaf Scholz have appeared to be trying to stop the situation from escalating between Ukraine and Russia, by taking a softer approach. Mr Smith warned that Western countries were making it too easy for Putin to divide and conquer.

“And I’ve said before and I’m very very proud because I was part of our support for Ukraine.

“A couple of years ago between 2016 and 18, I indeed fell in love with the country at the time and care very much about it.

“We’re making it far too easy in the West for Putin to divide and conquer.”

Mr Smith added: “I think the stuff that’s coming out of Macron at the moment is really not helpful.

“It’s not in his gift to talk about a guarantee that Ukraine will never join.

“In fact, Jen Stoltenberg, the Secretary-General of NATO made it very clear before Christmas when it comes time for Ukraine to join NATO, that will be a matter for 30 NATO members and Ukraine and nobody else!”

READ MORE: Get on with it! Widdecombe tells Boris ‘ignore Hampstead liberals’ to get Brexit on track

The author of Winning Space: How America Remains a Superpower Brandon Weichert, uttered a similar sentiment in an exclusive interview with the Daily Express.

The Author warned that Western countries in Europe were taking the soft approach against Russia.

Mr Weichert said: “Paris is hesitant about getting too bogged down in a Russo-American fight over Ukraine for the same reason that Germany is desperate to avoid escalation in the particular fight over Ukraine.

“Paris, like Berlin, fears the prospects of their own countries becoming frontline states yet again in either a renewed Cold War between Russia and the US or, more frighteningly, an actual war.

“Under those conditions, France would have to make the ultimate choice behind which side they would align and that could have severe ramifications for France’s military, its political system, and its economy.

Mr Weichert added: “France is more than happy to remind the world of its commitment to the idea of ​​democracy and freedom but they are frankly trying to lead the rest of Europe to an off-ramp when it comes to tensions with Russia.

“Even if that means throwing the Americans under the bus, which they will because Paris thinks that it would weaken America’s unwanted hold over European affairs.”