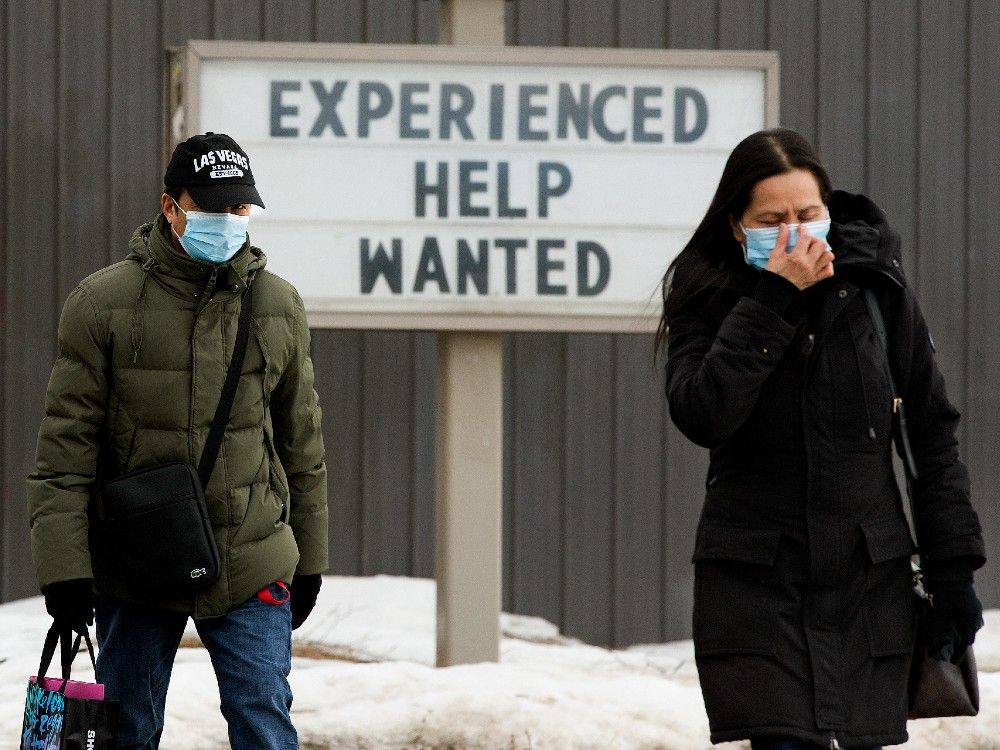 The head of Edmonton’s Chamber of Commerce is feeling optimistic after Alberta posted its lowest unemployment rate in seven years last month.

The latest numbers from Statistics Canada show the province’s jobless rate fell to 5.9 per cent in April, a rate not seen since 2015, and down from 6.5 per cent in March.

Alberta’s employment climbed by almost 16,000 jobs — the first significant increase since December 2021. Most of the job gains came from the service sector, including retail and accommodation and food services. The majority — about 9,800 — were full-time.

Jeffrey Sundquist, CEO and president of the Edmonton Chamber of Commerce, said the Alberta statistics are encouraging, and the economy seems to be on its way to a sustained recovery.

“We’re starting to see the right signals,” he said, pointing to more investor and business confidence, and policies like the province’s eight per cent corporate tax rate as part of that.

Edmonton’s unemployment rate dropped to 6.9 per cent from 7.1 per cent. Still, on a three-month moving average, Edmonton’s rate remains among the census metropolitan areas with the highest unemployment rates. Its participation rate, which measures the percentage of the population that is either working or actively looking for work, decreased slightly, to 69.2 per cent from 69.3 per cent.

Sundquist said some of Edmonton’s numbers are lagging indicators, especially given its competitive advantage in the emerging hydrogen sector.

“There are some very exciting projects going on, but it’s going to take time for our manufacturing and advanced manufacturing industries to spool up to fulfill the demand of these projects,” he said, adding that while Edmonton hasn’t seen the same level of investment attraction as Calgary over the last year, he sees that changing.

Alberta’s Jobs, Economy and Innovation Minister Doug Schweitzer noted in a statement it’s the sixth straight month of job gains in the provincepointing to a slew of investment announcements across the province, from retail to finance to the tech sector.

“Diversification is not just a buzzword in Alberta, it is happening faster than anyone expected,” he said.

The data reflect labor market conditions during the week of April 10 to 16. In Canada, the average unemployment rate of 5.2 per cent remained below that of Alberta.

“Albertans are finding it difficult to afford basic necessities and half are just $200 from not meeting all of their financial obligations at the end of the month — that is the highest level in Canada,” said Ganley.

Accounting firm MNP’s consumer debt index released this April showed Albertans were feeling the pressure of rising costs more than those in any other province.