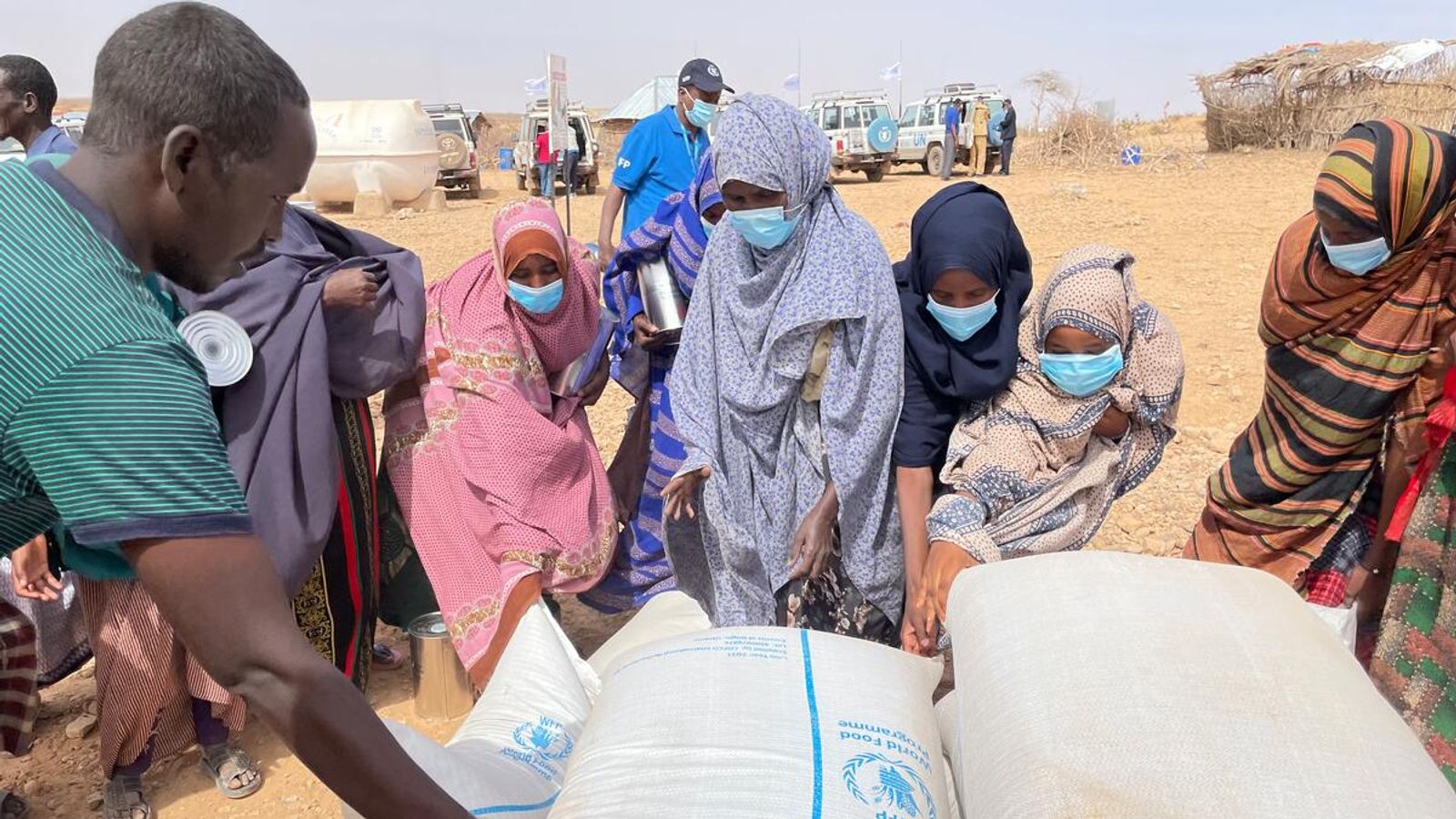 Millions of people are facing severe hunger in the Horn of Africa due to record droughts, the United Nations has warned.

Up to 13 million people are at risk in KenyanEthiopia and Somalia, according to the UN World Food Program (WFP).

The region is experiencing the coldest weather since 1981.

The past three seasons of low rainfall have destroyed crops and many livestock have died.

The food shortages, which have been compounded by rising prices, inflation and low demand for agricultural workers, are set to worsen as forecasters predict more dry weather in the coming months.

Water shortages are also forcing people from their homes.

“The situation immediate humanitarian action and consistent support to build the resilience of communities requires the future.”

The WFP has called for £241m of aid as part of its regional drought response plan for the Horn of Africa.

This will meet the urgent needs of 4.5 million people over the next six months.

The aid is critical to avoiding a major humanitarian crisis, the WFP says, such as that in Somalia in 2011 when more than 250,000 people died of hunger.

In Ethiopia alone, it is estimated that more than six million people will need aid by mid-March and 3,000 are already receiving money transfers from the WFP.

Elamu, a mother of seven, is one of these recipients.

“With the drought, the livestock we have are in danger,” she said.

“Our livelihood depends on them, so we are doing everything we can to keep them healthy. Every morning we lead our cattle to graze at a pasture far away, but even that area is drying up.”