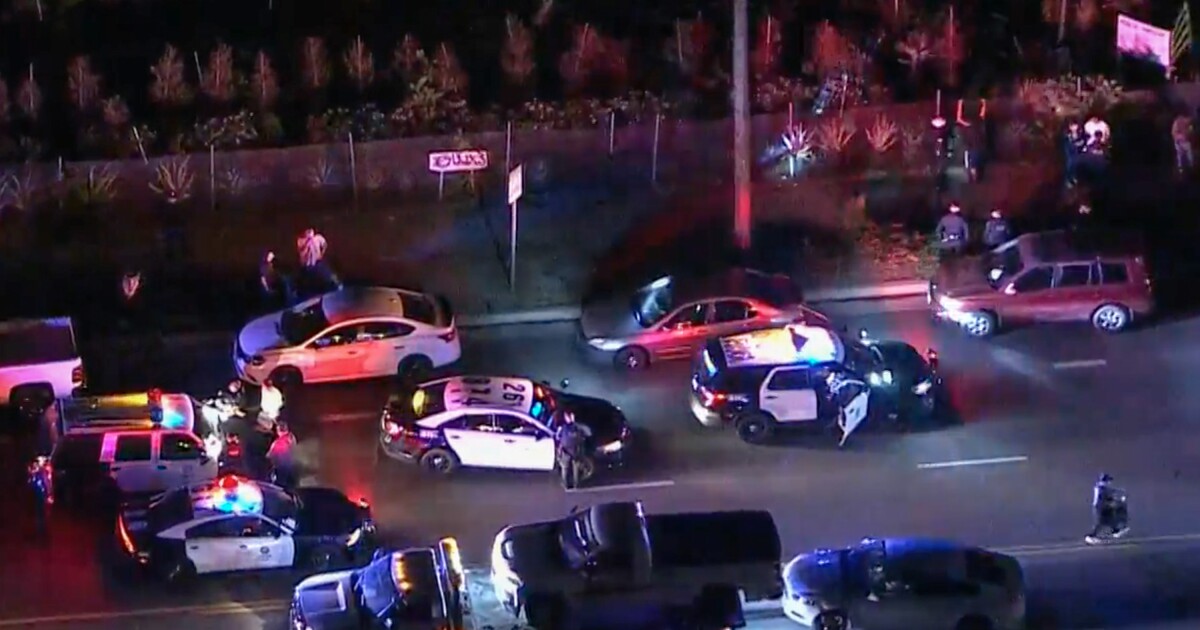 Police arrested three dozen people Thursday night at several illegal street takeovers in and around Los Angeles, including large gatherings in the San Fernando Valley, according to authorities who imposed multiple vehicles.

Roughly 150 people gathered at Roscoe Boulevard and Coldwater Canyon Avenue in the Sun Valley neighborhood, according to the Los Angeles Police Department. Street takeovers often involve a pack of cars blocking an intersection where drivers perform dangerous maneuvers with their cars.

“They like to make videos of it,” McGee said. “But the problem is, people are getting injured and killed by these guys… doing the donuts. They lose control, they hit the crowd — the spectators who are watching what’s going on. And then what happens, as soon as they hit somebody, they take off. So now you have a hit-and-run, and if a person’s injured, it could be a felony. So that’s why we’re here. We’re trying to curtail the activity.”

The LAPD imposed eight cars after people abandoned the vehicles when police arrived. The LAPD and California Highway Patrol worked together to respond to the illegal takeover and both agencies made multiple arrests. Police said they recovered a flamethrower at the Sun Valley takeover, as reported by KTLA-TV.

The news station also reports there was a separate street takeover in Compton, where police impounded several vehicles. The Los Angeles County Sheriff’s Department did not immediately have any information about the incident.

KABC-TV reports there was another takeover in Granada Hills that police responded to just before 11:20 pm Nearly 20 cars were impounded and 20 people were cited, while four people were arrested by authorities.