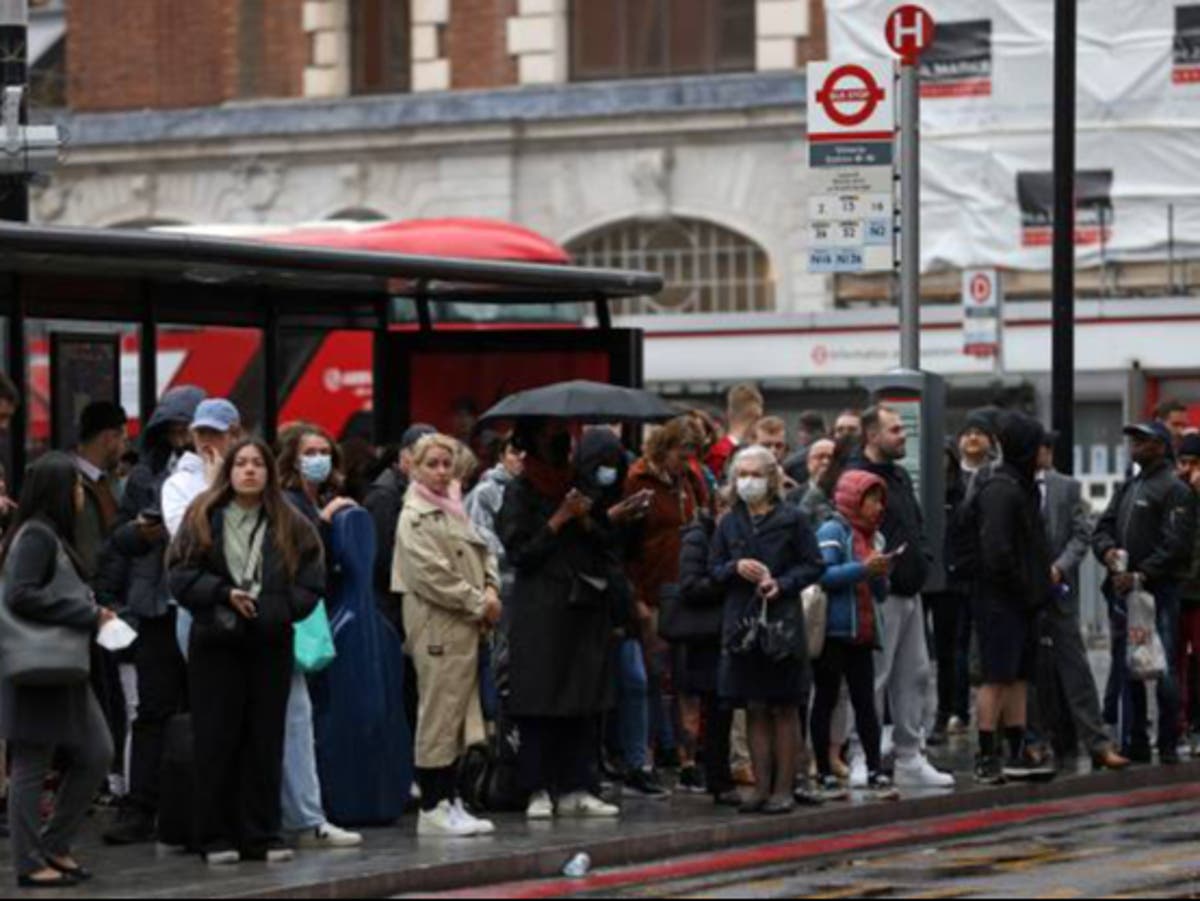 Downing Street has urged employers to allow staff to work from home during next week’s rail strikes as the transport secretary warned strikers they were risking their jobs because the railway was now competing against remote working and other forms of public and private transport.

Half of Britain’s rail lines will be closed on Tuesday, Thursday and Saturday when members of the National Union of Rail, Maritime and Transport Workers (RMT) and Unite walk out over pay, jobs and conditions.

A No 10 spokesperson said it was for individuals to decide whether they could get to their workplaces but there were some jobs where home working would not be suitable.

“As during the pandemic, it obviously remains sensitive for public- and private-sector organizations to offer flexible working arrangements for some jobs,” the spokesperson said.

He insisted the government was not “standing by” while the strikes loomed.

“Industry is offering daily talks with the unions and that’s what we want the unions to engage with and get back round the table.”

He insisted ministers could not intervene in the negotiations, adding: “But what you have seen is us consistently call on the unions to call off the strikes, given the impact it’s going to have on people being able to get to work, kids being able to get to school – some of which will be doing exams – and we think that they will be damaging for the railways.”

Transport secretary Grant Shapps issued a plea to those embarking on the three days of walkouts, warning they risked striking themselves out of a job.

He said the government planned to introduce legislation to enable the use of agency workers during industrial action “if the strike drags on”.

Transport for London (TfL) has strongly encouraged people not to travel on London Underground on Tuesday.

Mr Shapps said: “These strikes are not only a bid to derail reforms that are critical to the network’s future, and designed to inflict damage at the worst possible time, they are also an incredible act of self-harm by the union leadership.”

“We’re going to endanger the jobs of thousands of rail workers,” he claimed. “It’s alienating its passengers and the freight customers with long and damaging strikes.”

In response, RMT general secretary Mick Lynch said: “Instead of playing to the gallery for his own personal political ambitions, Mr Shapps needs to act like a pragmatic transport secretary who is willing to meet with the union and help us reach a negotiated settlement. ”

Transport Salaried Staffs’ Association leader Manuel Cortes said: “Bullyboy tactics will not wash with our union when the truth is our members are fighting for their jobs, pay and for a safe railway fit for the future.”

Mr Shapps said season-ticket holders would be paid full compensation on strike days, and he had “moved to help make that an automatic process”.