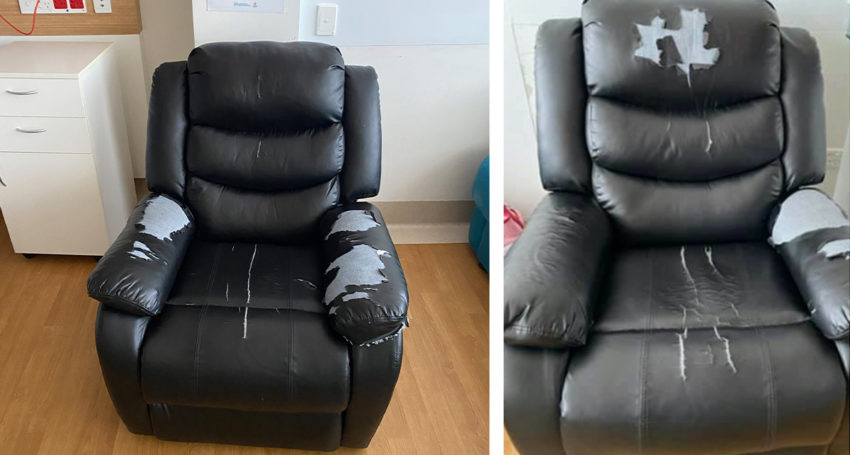 The Women’s and Children’s Health Network told InDaily that nine new recliners had been purchased and placed in each of the nine rooms in the Michael Rice Centre.

“The previously used chairs were disposed of,” a spokesperson said.

It follows concerns raised last year by a family about the state of the chairs.

An Adelaide father, whose daughter was undergoing treatment in the ward, wrote to the State Government about the condition of the chairs after twice raising concerns with the hospital.

I have told InDaily he first raised the matter in July and asked for the chair to be removed from his daughter’s room.

He did the same again a couple of months later after finding another chair in a similar condition in his daughter’s room.

“I’m concerned about the potential for infection in immune-compromised patients,” he told InDaily.

“You could not physically clean the chairs if you tried.”

The chairs are used for family members visiting sick children.

Prominent obstetrician and WCH Alliance lobby group member Associate Professor John Svigos, who offered to pay for new chairs himself when he saw the state of disrepair, said the replacements had boosted morale at the hospital.

“The replacement of the chairs brought with it an uplift in morale not only for the children but particularly for their parents who have continued to witness the medical and nursing staff struggle with inadequate and inappropriate staffing and resource issues in the unit and here at last some tangible evidence that people cared,” he told InDaily.

The hospital last year rejected suggestions the chairs posed an infection risk and said they were being replaced because of “wear and tear”.