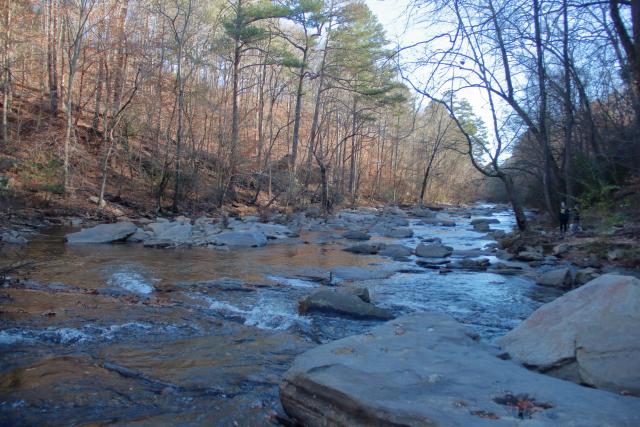 Deanside residents are fighting back after the proposed Kororoit Creek Regional Park threatens their land and futures.

Earlier this year, the Victorian government announced to the public that Deanside would gain a new park around Kororoit Creek, as part of the Suburban Parks program to develop more green spaces for residents in the western suburbs.

But for the Deanside residents living near the creek, the proposed park had been hanging over their heads for twenty years.

Resident Margaret Fioritti said her family had lived in their Deanside home for more than three decades and had faced uncertainty about the future for most of that time.

“We have put off making changes to our home, and are now in a situation where we won’t be able to retire comfortably,” Ms Fioritti said.

The indicative location for the park was first made public to residents in 2002, and in 2012 residents were informed of the proposed park boundary that would see compulsory government of much of their land and their acquisition property value start to plummet.

Thirteen properties in Deanside are affected by the proposed park boundary and the residents have formed an official campaign, ‘Fair Go Deanside’, to fight back against the government’s proposal.

In a campaign press release, the group argued that the government was not providing fair compensation for the residents’ acquired land and that their feedback had not been considered throughout the consultation process so far.

According to Fair Go Deanside, the government would only be paying $47,000 per hectare of land under the current proposal, whereas developers pay about $3.7 million per hectare for land nearby.

Deanside resident Frank Lagana said he’d tried to sell his family home since the government informed him they planned to acquire 16.7 hectares of his property for the park, but real estate agencies had rejected him as the land was severely devalued.

“To say that if you own this asset, this is your home, and then saying to you ‘That’s it. We have a public acquisition,’ and your house is devalued and you can’t do anything,

A spokesperson from the Department of Environment, Land, Water and Planning (DELWP) said the purchase of land was needed to create Kororoit Creek Regional Park and the proposed boundaries were established in consultation with stakeholders and the community.

“The purchase of land by the government is a highly regulated process. Land values ​​are determined by the state’s independent Valuer-General Victoria and the process for land acquisition is overseen and approved by the Victorian Government Land Monitor.”

“DELWP has been in contact with the landowners and is working to reach a mutually agreeable position.”