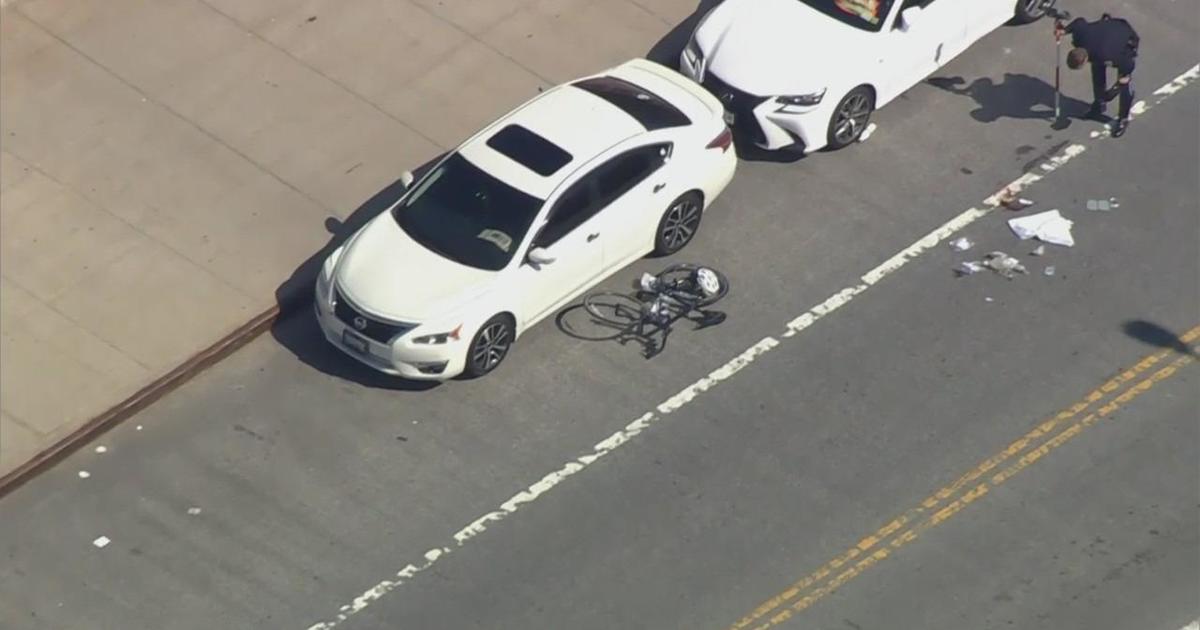 NEW YORK — On the heels of Major Eric Adams’ push for traffic safetythere have been multiple deadly accidents in recent days involving cars and pedestrians.

Just Friday afternoon, police say a 55-year-old man riding a scooter was hit and killed by a van that was turning a corner in the Greenwood section of Brooklyn.

The pain is fresh for Jerry Kolenovic. It was only Wednesday her 16-year-old daughter, Alissa, was struck by a box truck and killed a block away from their home while on her way to school.

“She was a very friendly girl. She had a lot of friends,” Kolenovic told CBS2’s Alice Gainer.

Police say the driver, Joseph Zillitto Jr., came to a stop at the intersection of Neill Avenue and made a left turn, striking her as she crossed. He’s been charged with failure to yield and failure to use due care.

The nonprofit Transportation Alternatives says about 67 people have been injured along that stretch in the last few years.

“So you think it’s dangerous over here?” Gainer asked.

The Kolenovic family thinks a traffic light should be installed there.

Thursday morning around 8:30, a private garbage truck struck a bicyclist in Sunset Park, Brooklyn. Thirty-five-year-old Eric Salitsky was killed at 39th and Ninth Avenue. Police say they believe the driver didn’t realize he hit someone. They were located a short time later and issued multiple summonses.

Salitsky was an architect. The firm he worked for him said he was “a wonderful, talented colleague and a thoughtful person.”

His super, who is also his neighbor, says he rode his bike a lot and was also married with a baby on the way.

“They’re very nice people, and I really feel bad for them,” they said.

On Monday, police say a drunk driver struck and killed a 21-year-old NYU student crossing the street in the East Village. The driver, 49-year-old Michael Deguzman, was charged with DWI and driving while impaired.

Earlier this week, the largest announced a new traffic safety campaign aimed at stopping traffic violence and getting drivers to slow down. This follows a plan to redesign 1,000 intersections.

READMORE: Dramatic new ad campaign aims to get drivers to slow down on city streets

He was asked about it again Friday.

“We’re going to lean into what’s called traffic stop stats because we need to monitor in real time and apply the resources where they’re needed,” Adams said.

Transportation Alternatives says so far this year, 75 people, including nine children, have been killed on New York City streets.

“We have to ensure that we’re prioritizing our children over 6,500-pound SUVs,” Harris said.

They say these deaths are preventable and want to see these safety plans fast-tracked so no more families have to lose a loved one to traffic violence.

Alice Gainer joined CBS2 as a reporter and anchor in January 2013. She covers breaking, feature and general assignment stories.