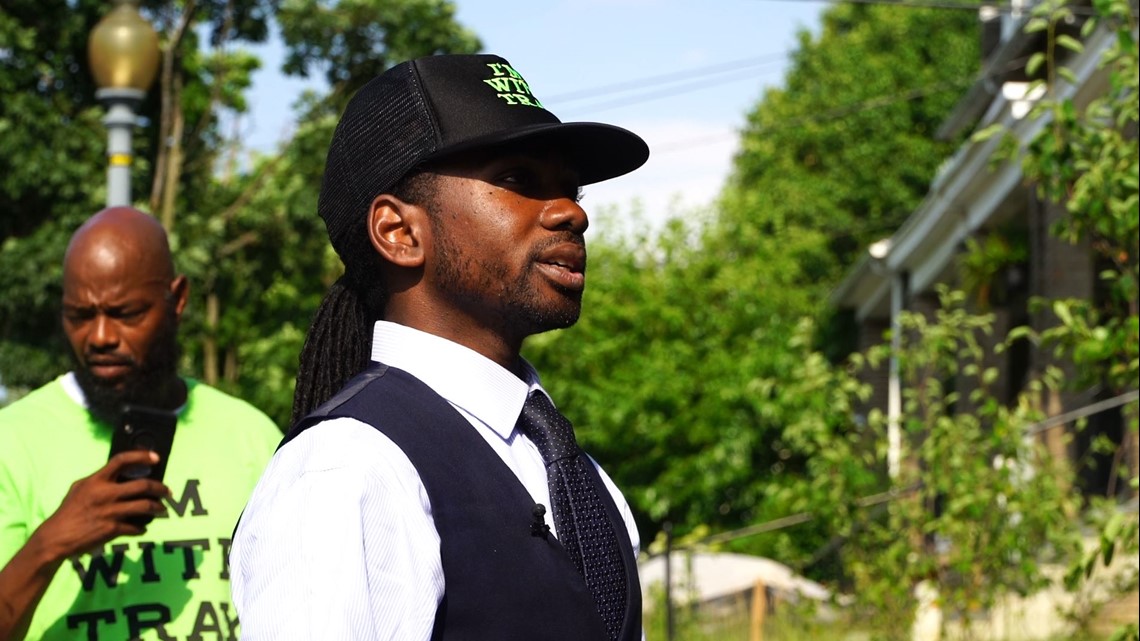 Councilmember Trayon White (D-Ward 8) is in his second term as councilmember, first elected in 2016.

WASHINGTON— Editor’s Note: This is one installment in a series of profiles of the candidates running in DC’s mayoral race leading up to the June 21 primary elections.

Early voting is well underway in the District, ahead of Primary Day on June 21. The race for mayor is high on the ballot and of strong interest, with three candidates opposing Mayor Muriel Bowser, who is seeking a third term.

One of the candidates, Councilmember Trayon White (D-Ward 8), said he is hoping to follow in the footsteps of DC’s “Mayor for Life” Marion Barry. Barry also represented Ward 8 on the DC Council.

White is currently in his second term as councilmember, first elected in 2016. In a 1-1 interview, White said he decided to run for mayor after people online urged him to do so.

White admitted the race has been full of challenges, calling it his toughest campaign yet. However, he’s focused intensely on the ground game, with days remaining in the primary election.

WUSA9 caught up with him in DC’s Petworth neighborhood, where he was knocking on doors and convincing supporters to head to the voting booth.

“When I walk across the city and talk to people, they’re dissatisfied with the leadership of the city,” White said. “My job is to build a bridge.”

White said there isn’t one issue he’d tackle on day one if elected, but he’s concerned about public safety and housing.

“We say the city is growing, we got all this money, but have to make sure it’s including people that’s been here during the riots, during the crack epidemic that crippled Washington, DC — especially brown and black communities,” the councilmember said “We got to make sure grandmothers are okay, you know, those people who have been here through the long-haul.”

When it comes to public safety, White said, it needs to be the city’s priority. Homicides have risen steadily for the last five years. Violent crime is up 13% over last year, with some of those crimes being committed by children. For instance, 51 teens have been arrested so far in 2022, accused of carjackings.

“We need police, yes,” White said. “But we need mentors, after-school programs, we need behavioral health counselors, we need substance abuse counselors, we need wrap-around services, we need jobs and careers. We need a holistic approach to addressing healing in our community outside of police.”

Part of White’s plan to address crime includes engaging and employing the city’s youth. He’s carrying out the promise now, with teens and young adults working on his current campaign.

The DC native said he’d also like to see the Washington Commanders build their new stadium in the District.

“We should get a new owner,” he said. “The reality is that we would like for our team to be in DC This is our team. If it goes to Virginia, it’s pretty much the Virginia Commanders. It’s more jobs, more opportunities, more businesses opening in the community. It’s more access to more resources.”

White would also like to reduce the fine for red-light and speed camera tickets.

“I do not condone people speeding or running lights, but I do know that our tickets are too damn high,” White said. “In DC right now, under Vision Zero, the mayor said by 2024, DC would be at zero fatalities. ”

Last year was the deadliest on DC roads in more than a decade, with 40 traffic deaths. Of those fatalities, half were pedestrians and bicyclists.

If elected Mayor, White would also have to make decisions regarding the city’s response to the COVID19 pandemic. In the past, he took a controversial stance against vaccine mandates for members of the DC Council, staff and students, citing his desire to make decisions for his own family, and wanting to give the same power to others.

“That’s not responsible leadership,” White said. “I think that as government officials and as a father, I wouldn’t want nobody giving my daughter and they are something without my consent. I think that’s wrong.”

White said as a councilmember, he takes pride in bringing more grocery options to people in Ward 8, one of his community’s biggest issues.

“We are what we eat,” he said. “I come from a place where we have high blood pressure, diabetes, hypertension, you name it, we have it. It’s about re-educating our people on not just what to eat, but where to go to eat.”

RELATED: ‘This is the time where we fix problems’ | Spotlight on DC Mayoral candidate Robert White

WUSA9 is now on Roku and Amazon Fire TVs. Download the apps today for live newscasts and video on demand.

Download the WUSA9 app to get breaking news, weather and important stories at your fingertips.