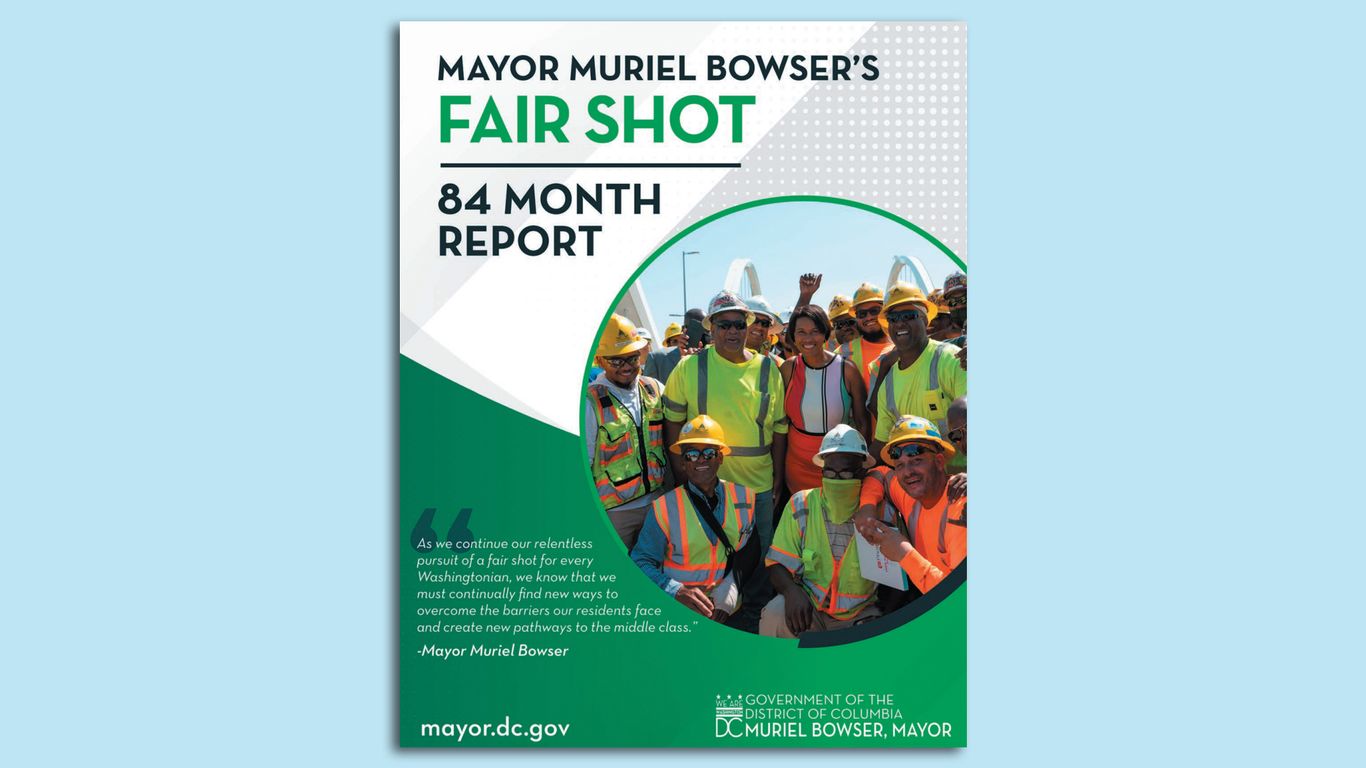 Mayor Muriel Bowser spent $130,000 in taxpayer money to send residents a booklet boasting about her administration in the middle of her re-election campaign, public records show.

Why it matters: Critics of the major blasted the PR piece—titled “Mayor Muriel Bowser’s Fair Shot 84 Month Report”—when it hit mailboxes around February.

Details: Nearly 153,000 copies of the mailer were produced and sent out, according to invoices dated Jan. 31 that were acquired by Axios through a public records request.

At 28 pages, the mailer is the longest of the six progress reports she has released in office.

The big pictures: In campaign forums against challengers Robert White and Trayon White, Bowser touts her experience running the city and pushes back against questions that she is overconfident in wanting a third term.

Do not stories could be found

Get a free daily digest of the most important news in your backyard with Axios Washington DC.