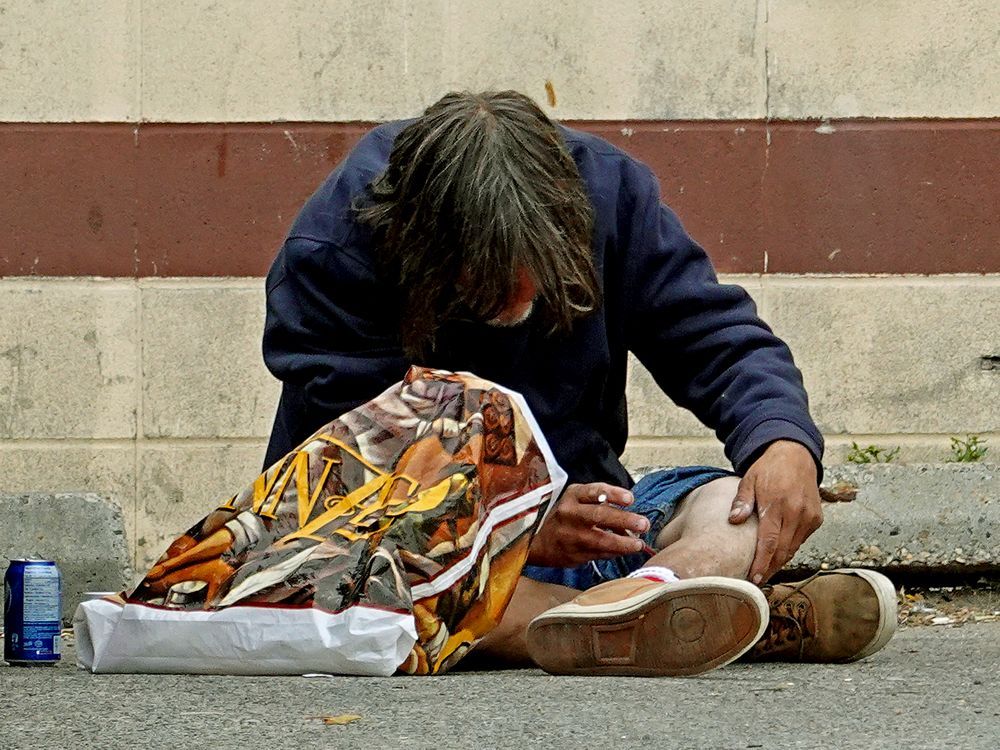 The big question for anybody touched by hardcore drug use and crime driven by addiction: How can addicts get out of their degrading, damaging cycle of addiction and crime?

The question troubled Grace Froese of the John Howard Society and the director of Edmonton’s Drug Treatment Court for much of her professional career but she now has her answer. Froese is leading the rapid expansion of Alberta’s Drug Court Treatment system, a provincial government program that has won strong support from all sides of the political spectrum.

The program has had remarkable success breaking the links between trauma, drug use and crime, and getting ex-addicts/convicted criminals on the right path, with 70 per cent of its graduates with no new criminal convictions.

Before running this program, Froese had worked in the justice system — from victim’s services to corrections officer and counselor — but had seen nothing, including jail time, that worked to turn addicts away from their criminal lifestyle.

Eight years ago, she went to work for the John Howard Society, which has administered Edmonton’s Drug Treatment Court since its inception in 2005. There she found the approach that works.

“I’m telling you, I hit the jackpot,” she told me. “Here is the solution for all these people that we used to just warehouse at the jail, and you can actually intercept them. I see lives changed every day.”

The federal government brought in the Drug Treatment Court program in 1997, first in Toronto. Edmonton opened in 2005, Calgary in 2007.

To be eligible for drug court, you must be facing a drug-related charge with a sentence of nine months to five years.

The program’s carrot-and-stick equation is simple: do the work outside of jail to get off drugs and become productive, or face escalating penalties from community service to expulsion from the program and jail time.

“The goal of Drug Treatment Court is abstinence. It’s not a harm reduction program,” Froese said. “In order to work with them, we have to get them off the drugs.”

The police, prosecutor, judge and community treatment team must all approve of an individual before they’re allowed in.

Some who want in have never been to jail and are terrified of going, Froese said. Some are older people caught in the drugs-crime cycle with no idea of ​​how to get out.

In court, they must plead guilty to all charges. Sentencing is then delayed while they are in the program. It takes a minimum of one year to graduate, but most are in for longer.

They must report every day to the team, attend recovery meetings five to seven days per week, see a psychologist, see life-skills and parenting councillors, see a probation officer and go to court once per week, and comply with regular and random drug test. There’s a 9:30 pm to 6:00 am curfew.

When some hear about all the hard work that is required, they decide to go to jail instead, Froese said.

“Any of our graduates will tell you it’s much harder to do drug court than it is to go do your time, much harder. … It means you have to dig in and do the heavy stuff. But they start to see their life change.”

On graduation day, graduates finally get sentenced — one day’s time served, which is fulfilled by their presence in court that day — then attend a graduation ceremony, where friends, family, graduates and the judge all speak. Froese has seen judges give the graduate a hug, and say, “Welcome to the world. You’re doing amazing.”

Funding was always in short supply for the program, but that changed when the Kenney government put $20 million over four years to the program in 2020. The NDP objects to the funding coming from the victim’s service fund, but fully supports the program itself.

Treatment services in Edmonton and Calgary have now expanded, with new courts in Lethbridge, Red Deer, Medicine Hat and Grande Prairie, and one coming in Fort McMurray.

For her part, Froese praises former Justice Minister Doug Schweitzer, who had been on the board of the Calgary court, for expanding the program province-wide. “I really credit Doug Schweitzer for pushing hard.”

For my part, I’m left with admiration for the program and two related questions.

First, while some are now pushing for decriminalization of all drugs, does it make sense to take away the obvious stick of jail to push addicts into treatment?

And second, will this same high, ongoing level of intervention work with users who don’t face the stick of lengthy criminal sentences (even as they are face the possible self-inflicted sentence of death by drug poisoning)?