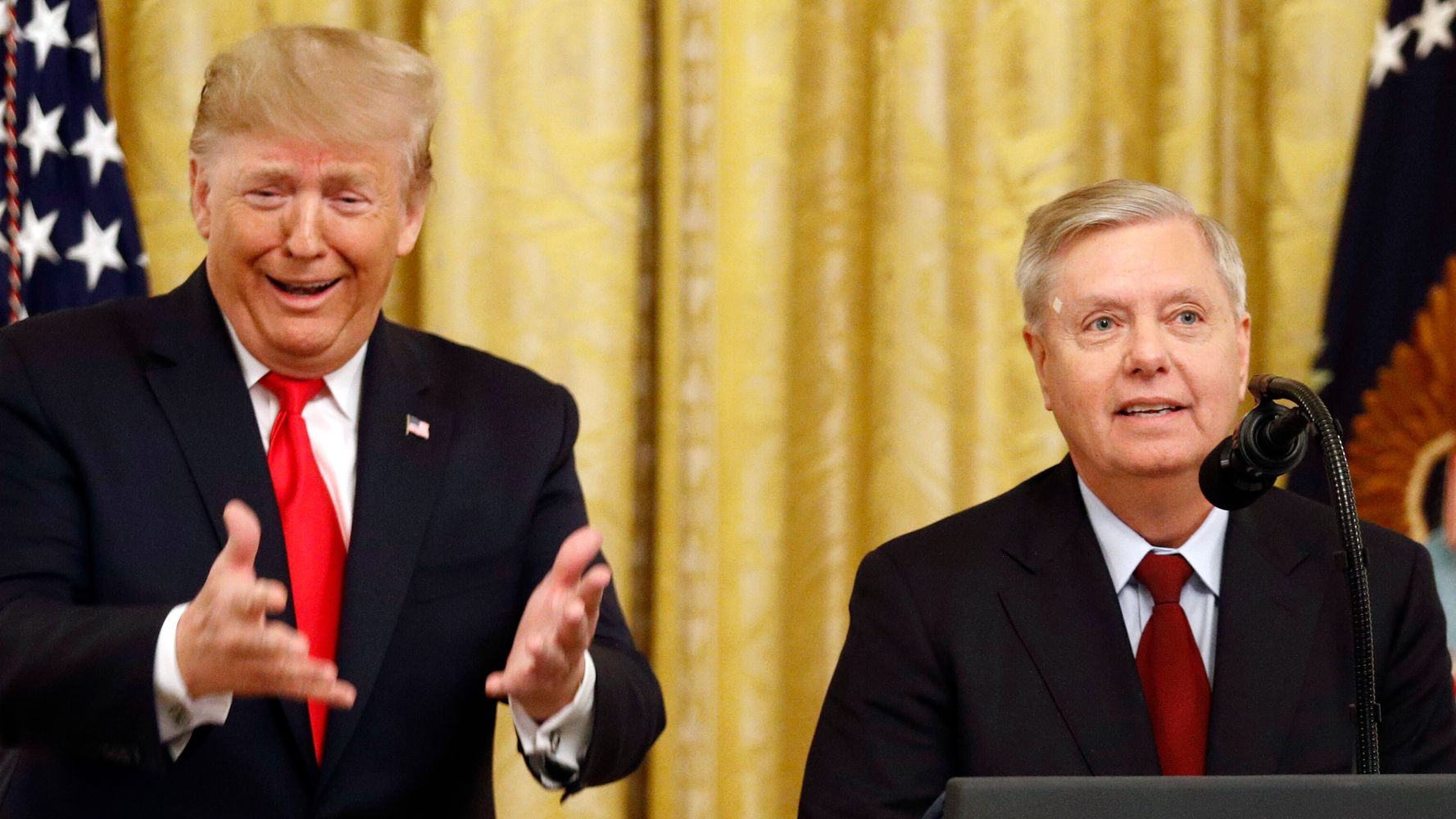 Graham initially condemned Trump’s incitement of the violence on Jan. 6, 2021.

But the audio that Martin and Burns shared on “The Daily Show with Trevor Noah” on Thursday shows how his denunciation of Trump had a “pretty fast expiration date,” Burns said.

In the audio, Trump takes a telephone call from Graham while being interviewed by reporters in the lobby of his Mar-a-Lago resort in Palm Beach, Florida, for their book “This Will Not Pass” which was released Tuesday.

Trump puts Graham on speakerphone and asks him to tell the journalists if he’s actually any good at golf. Graham proceeds to fawn over Trump’s skills from him on the course, saying Trump even started to help him with his own game.

“I think just hearing in real-time in front of us, this sort of dancing monkey routine was really an extraordinary moment,” Burns told host Noah.