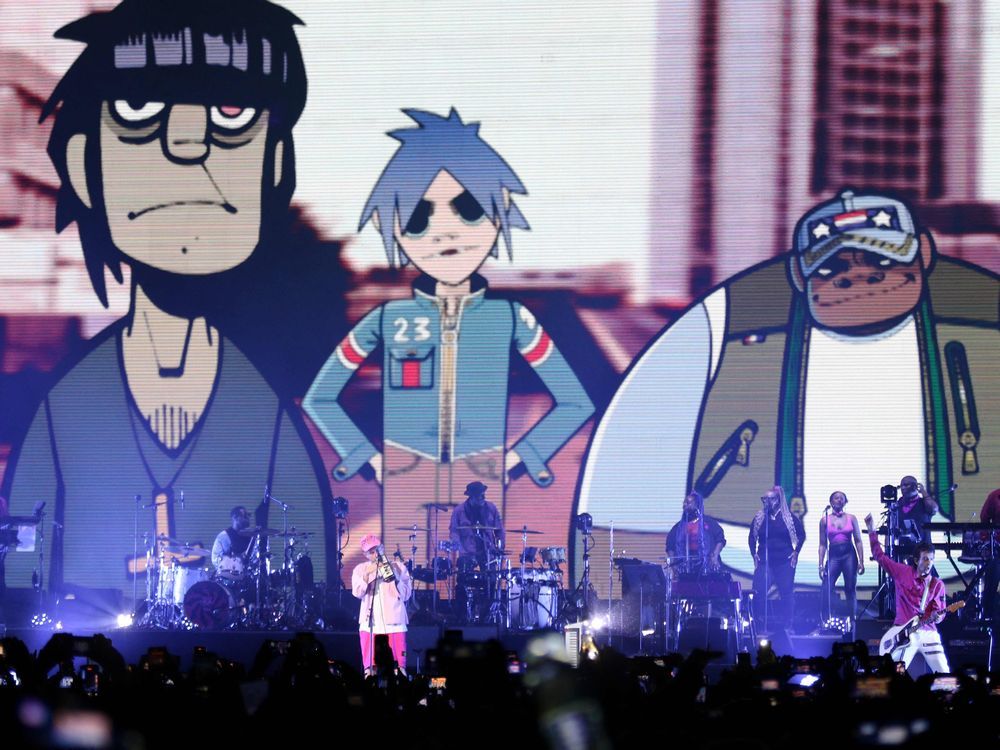 Gorillaz, the cartoon character-driven band featuring singer Damon Albarn, artist Jamie Hewlett and a cast of others, have announced dates on their coming North American tour. Lucky for fans, the band is opening the tour at Rogers Arena.

Those who caught the group’s last trip through town on the Fall tour will recall the live roster including members of the Clash and Big Audio Dynamite, the late soul legend Bobby Womack and others showcasing hits from across the groups multiple releases. Recent performances at Coachella included guests Billie Eilish and De La Soul, among others.

The most recent recording is 2020s Meanwhile EP. Reports that a collab with rapper Bad Bunny will lead-off the next record, rumored to be a Latin American-influenced set, have circulated around the web.