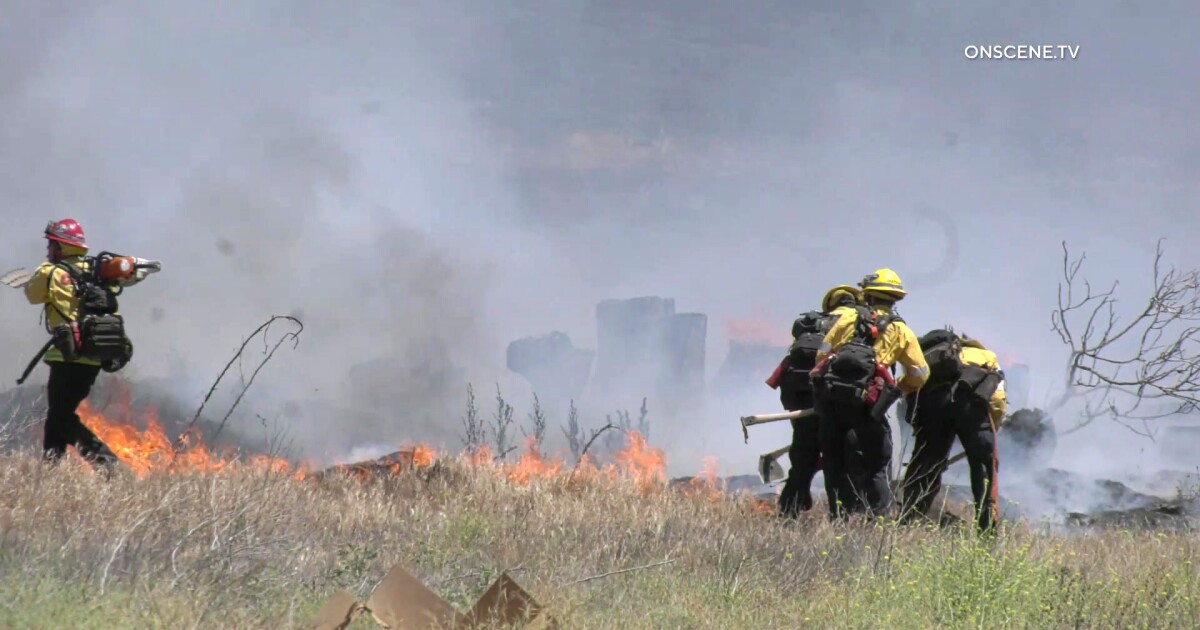 Riverside County fire crews on Friday stopped the spread of a 60-acre brush fire that ignited in Jurupa Valley and prompted an evacuation order, officials said.

“Swift work by firefighters has stopped the forward rate of spread of the fire,” the Cal Fire/Riverside County Fire Department said on Twitter around 2:45 pm “Fire resources will remain on scene throughout the night.”

The California Department of Forestry and Fire Protection first reported a 2- to 3-acre fire in Jurupa Valley near Granite Hill Drive and Pyrite Street around 12:50 pm

Less than an hour later, officials said it had grown to 100 acres, but later revised the number to about 60 acres due to better mapping, according to spokesman Rob Roseen.

Roseen said the blaze, dubbed the Pyrite fire, was burning in “light flashy fuels, like dried grass” and moving east.

Roseen said fire crews attacked the blaze from the air and ground. It was not immediately clear how many structures were threatened, he said.

News video captured by OnScene.TV showed smoke billowing over the grass as fire crews worked to extinguish the blaze, which was 10% contained by 2:45 pm

The cause of the fire remains under investigation, Roseen said.