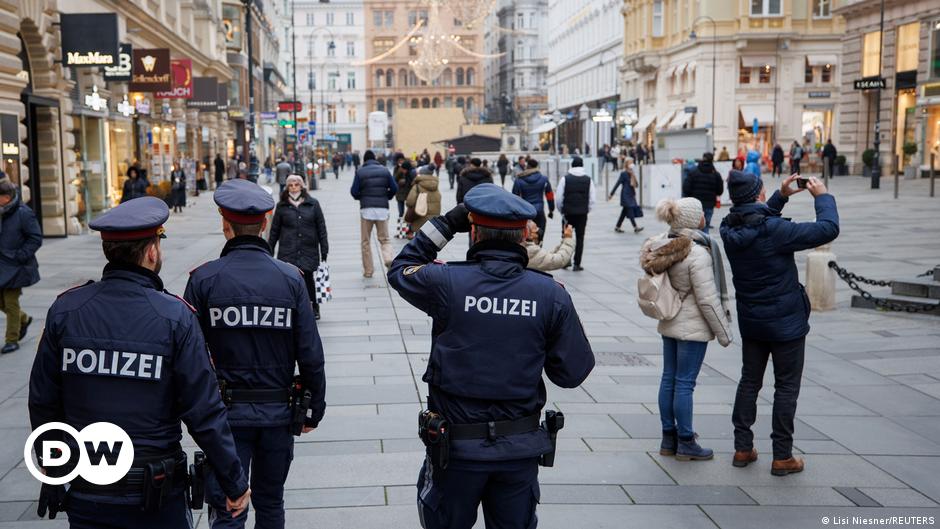 Austrian Chancellor Karl Nehammer on Wednesday announced that a lockdown specifically for unvaccinated people is to come to an end next week.

TI have decision was announced ahead of a Cabinet meeting of the conservative-green federal government.

Nehammer said people without a vaccination against the coronavirus can leave their homes from Monday without a good reason. However, they will still be barred from large parts of public life, including restaurants and non-essential retail.

Although the number of new infections is at a record high, the situation in Austria’s hospitals was said to be stable.

Health Minister Wolfgang Mückstein told a news conference that experts had concluded that the lockdown on the unvaccinated was no longer necessary even as cases soar.

“We came to the conclusion that the lockdown for unvaccinated people in Austria is only justifiable in the event of the threat of an imminent over-burdening of intensive-care capacity,” Mückstein said.

The Austrian parliament last week approved making coronavirus vaccinations mandatory for adults from next month. Austria is set to become the first country to do so, despite a wave of protests opposing the measure.

the measure was announced in November in an effort to increase the country’s vaccination rate. Since then, tens of thousands of people have demonstrated against mandatory vaccination in regular weekend rallies.

Here’s the latest on coronavirus from across the globe:

South Korea reported 13,012 coronavirus cases on Wednesday, exceeding 13,000 for the first time. The previous day had also seen a huge spike with more than 8,000 cases.

Officials believe cases could reach from 20,000 to 30,000 in the coming weeks, with omicron accounting for 90% of the cases. “Going forward, our top priority is to reduce critically ill patients and deaths,” said Prime Minister Kim Boo-kyum during a meeting with government officials.

In China, 13 new cases were reported on Wednesday by the Beijing 2022 Winter Olympics Organizing Committee. None of the cases were athletes or team officials.

A notice by the committee said nine cases were new airport arrivals and four others were already in the “closed loop” bubble that separates all event personnel from the public.

the World Health Organization said the risk due to omicron remained very high, with global cases hitting a record level.

“Over 21 million new cases were reported, representing the highest number of weekly cases recorded since the beginning of the pandemic,” the WHO said in its weekly epidemiological coronavirus update.

“The current global epidemiology of SARS-CoV-2 is characterized by the dominance of the Omicron variant on a global scale, continued decline in the prevalence of the Delta variant, and very low-level circulation of Alpha, Beta and Gamma variants,” said the WHO.

The update also noted that countries that saw a rise in micron cases during the months of November and December are now seeing a gradual decline.

An Australian ship delivering aid to Tonga docked at the virus-free nation island nation on Wednesday, despite being hit by COVID.

“The ship will berth and no contacts will be made. Australians from the ship will unload their cargoes and sail from port,” said Tonga’s Health Minister Saia Piukala. He added that the crew of the HMAS Adelaide would follow drastic health rules to ensure they do not spread the virus to the volcano and tsunami hit nation.

A study by the Imperial College London found that prevalence of infections in England between January 5-20 was 4.41%, more than three times higher than it was in December.

Although decreased over the course of the month, the overall trend was unclear by the end of the study prevalence period, with cases rising in children and falling in adults. On Thursday, England is set to remove the rules for mask mandates and vaccine passes.

The Robert Koch Institute said Germany’s seven-day incidence has exceeded the 900-mark. This is a new record, up from 894.3 a day earlier. Last week, the seven-day incidence stood at 584.4. The country recorded 164,000 new cases in the past 24 hours, with 166 deaths.

German lawmakers are debating a potential COVID-19 vaccine mandate Wednesday. Hundreds of police have been deployed in Berlin in anticipation of protests against the mandate.

Bulgaria recorded 12,399 new cases and 73 deaths, in a new daily record for the nation. A wave driven by omicron has affected Bulgaria, where less than 30% of the population is vaccinated.

The National Football League (NFL) and the Los Angeles Department of Public Health announced they will be hosting a COVID-19 vaccination clinic at the The Angels Convention Center in the run-up to the February 13 Super Bowl at SoFi Stadium.

“We thank the NFL and all the fans for taking care of each other throughout the football season and look forward to welcoming everyone to an extraordinary Super Bowl in beautiful Los Angeles,” said Barbara Ferrer, director of the Los Angeles County Department of Public Health .

a day after New York state’s mask mandate had been struck down, an appeals court granted
a stay order, keeping the rule in effect during the legal process.

Earlier this month, the US Supreme Court blocked President Joe Biden’s vaccination-or-testing mandate for large businesses. A judge in Texas last week ruled that Biden could not require federal employees to be vaccinated.