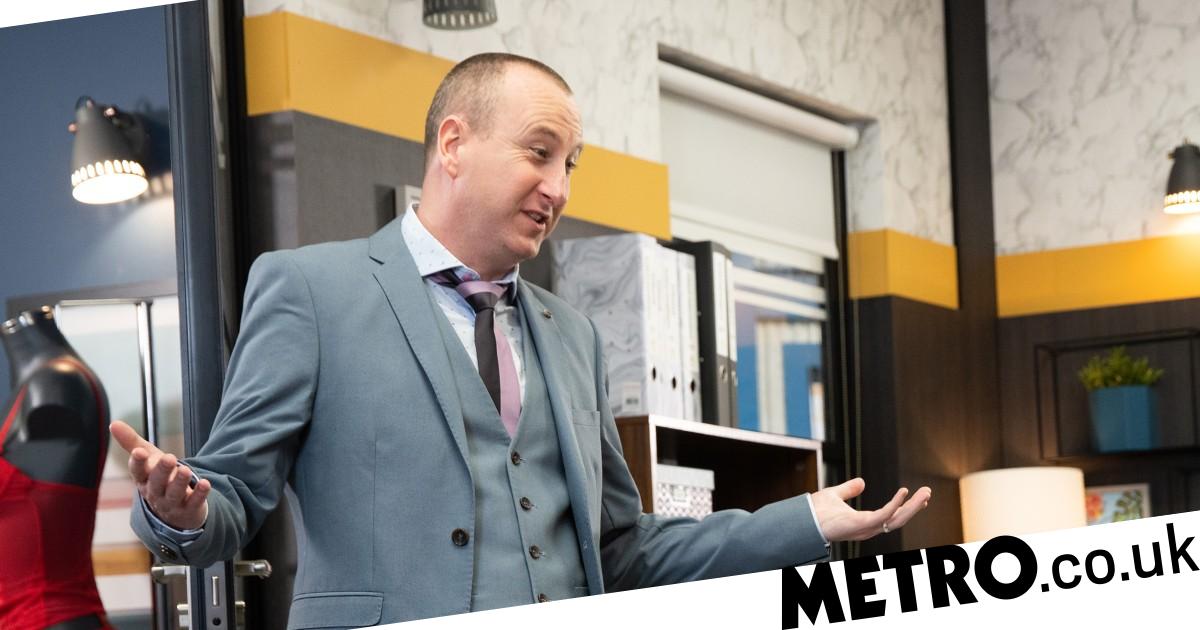 Kirk Sutherland is a lovable character in Coronation Street – and we could be seeing him on our screens for quite some time thanks to recent comments from actor Andy Whyment.

Andy, who’s played the character since 2000, loves his character so much – he wants to play him for another 22 years!

Currently in a relationship with Beth Tinker (Lisa George), Kirk spends his days working at the Underworld, grabbing a drink in the pub or walking his dog Peanut.

He’s a classic Coronation Street character and for Andy, he doesn’t want to give up the job anytime soon:

‘If Corrie will have me, I’d love to be there, When I came out of the jungle [I’m A Celebrity], I was asked in an interview what my plans were and the answer was “I’m going back to Corrie”. It’s my bread and butter and I will be there until they tell me Kirk is no longer required’, he told Inside Soap Magazine.

‘When you first start you take each day as it comes. Even now I still don’t take it for granted, as I’ve seen so many people come and go. Every year when I get a new contract, my wife and I raise a glass to say cheers – as that’s another year off the mortgage!’

Before his time on the cobbles, Andy starred alongside Ralf Little and Ricky Tomlinson in BBC’s The Royle Family.

‘When I was on The Royle Family, I really didn’t realize how big that show was’, he added.

‘But when you go into Corrie it’s huge, and I can’t get away with going unnoticed – as soon as people hear my voice, they know it’s Kirk from Coronation Street!’.

‘I like to think that I’m as lovable as Kirk is, and that I’m loyal as well. To be honest, I have quite a boring life! I do my job, come home, go to play golf now and again and go to Old Trafford.

‘And I think Kirk is quite similar in that he goes home to Beth and the dog.’

Includes exclusive content, spoilers and interviews before they’re seen on the site. Find out more »