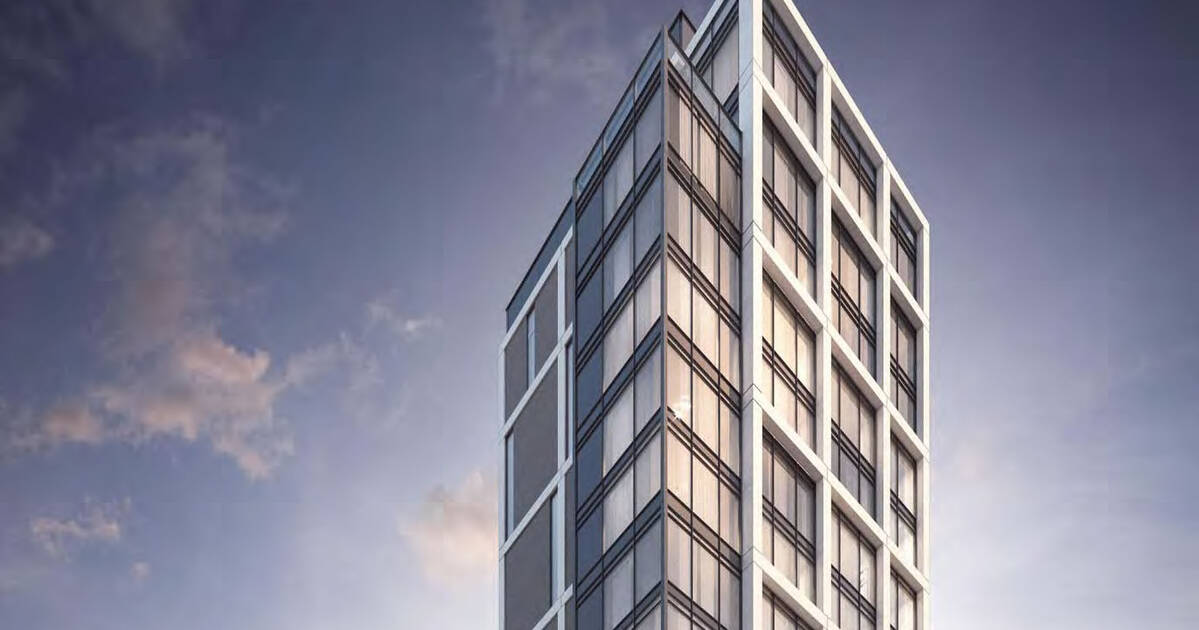 It seemed dead and buried, but a plan to build a pencil-thin luxury condo tower above a Toronto heritage building is back, and not quite looking as sleek as the design that came before.

The application at 187 King Street East/65 George Street in the King East neighborhood dates back to 2017, when developer 10Block Studio proposed a 17-storey condo tower behind a four-storey heritage building dating to the late 1800s.

That 2017 plan had a clean-looking design from Core Architects that would’ve housed just 16 ultra-luxury units, but five years later, nothing has been built, and the project is now back on the desks of city planners with a different design that removes some of the pizzazz seen with the previous plan.

In the years since it was initially proposed, the 65 George plan was refused by the City and then went on to face the Local Planning Appeal Tribunal, or LPAT (a predecessor to today’s Ontario Land Tribunal).

The City ultimately settled with the developer on a revised plan, gaining approval in principal from the provincial appeals body in the final days of 2021.

The 2022 plan for the site retains the one-storey facade of a brick building along George Street, though its upper levels have lost the clean aesthetic proposed years earlier.

An updated application reflecting the terms of this settlement arrived on the desks of planners in early May, once again seeking to build a 17-storey condo with only 16 suites, but with a much-changed design from the bold vision first floated years earlier. 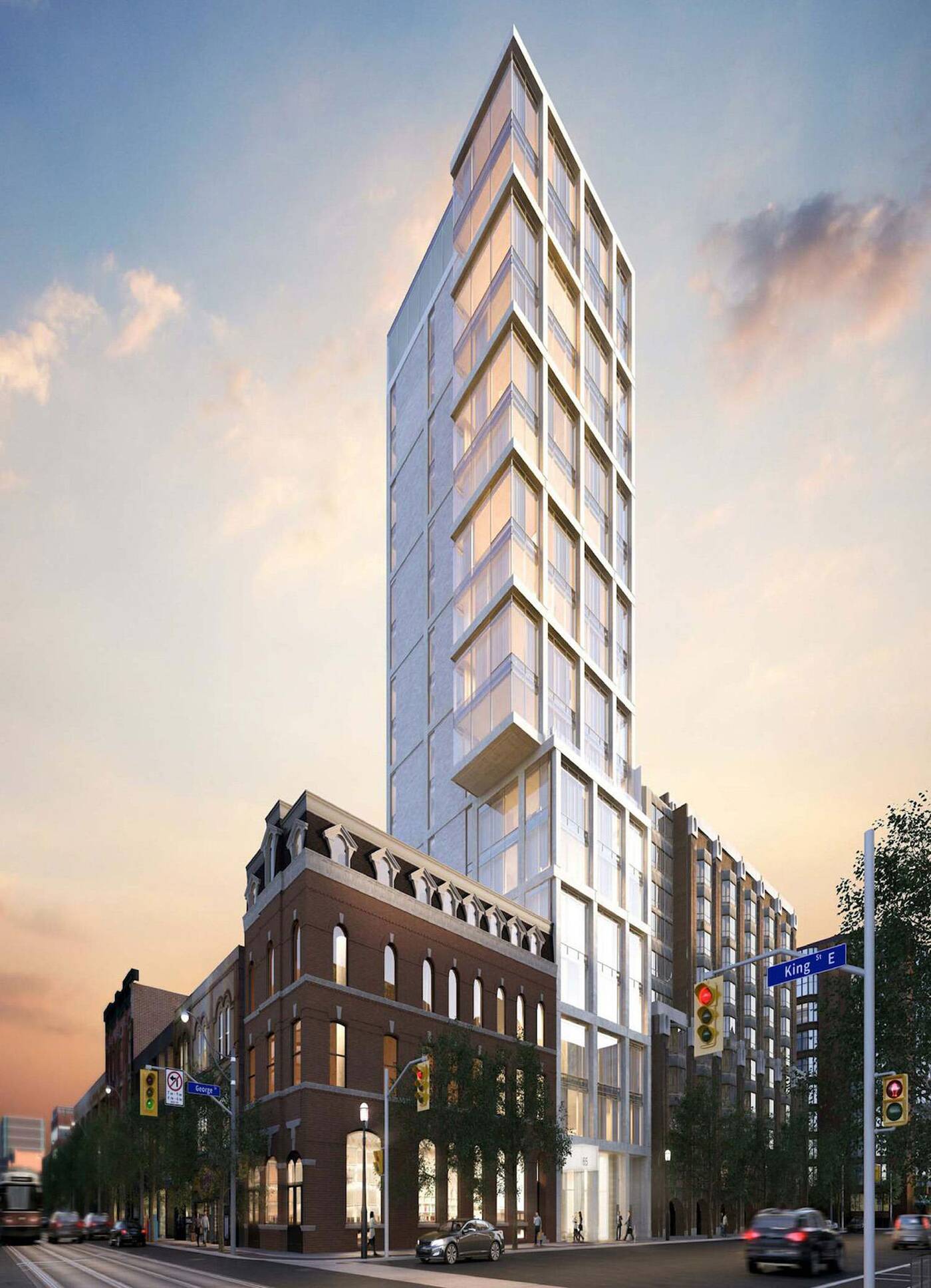 The original 2017 plan for the site had a sleek design but lacked retention of the one-storey facade at its base.

The plan will retain the existing four-storey heritage building at 187 King Street East, while rebuilding the one-storey facade of 65 George Street, giving the new build an established feel at street level.

Beyond the ground floor containing a lobby and services, the upper 16 floors will each house a single condominium unit, proposed as two-bedroom plus den suites. All but one of these units will have its own private outdoor terrace or balcony.

Due to the extremely constrained site, the proposed parking garage serving the development would need to go a full three levels deep to house just 22 spaces for residents.

This confined garage — apparently too tight of an area to accommodate a parking ramp — will require a fully-automated parking system complete with a car elevator to shuttle residents’ vehicles to and from the surface.