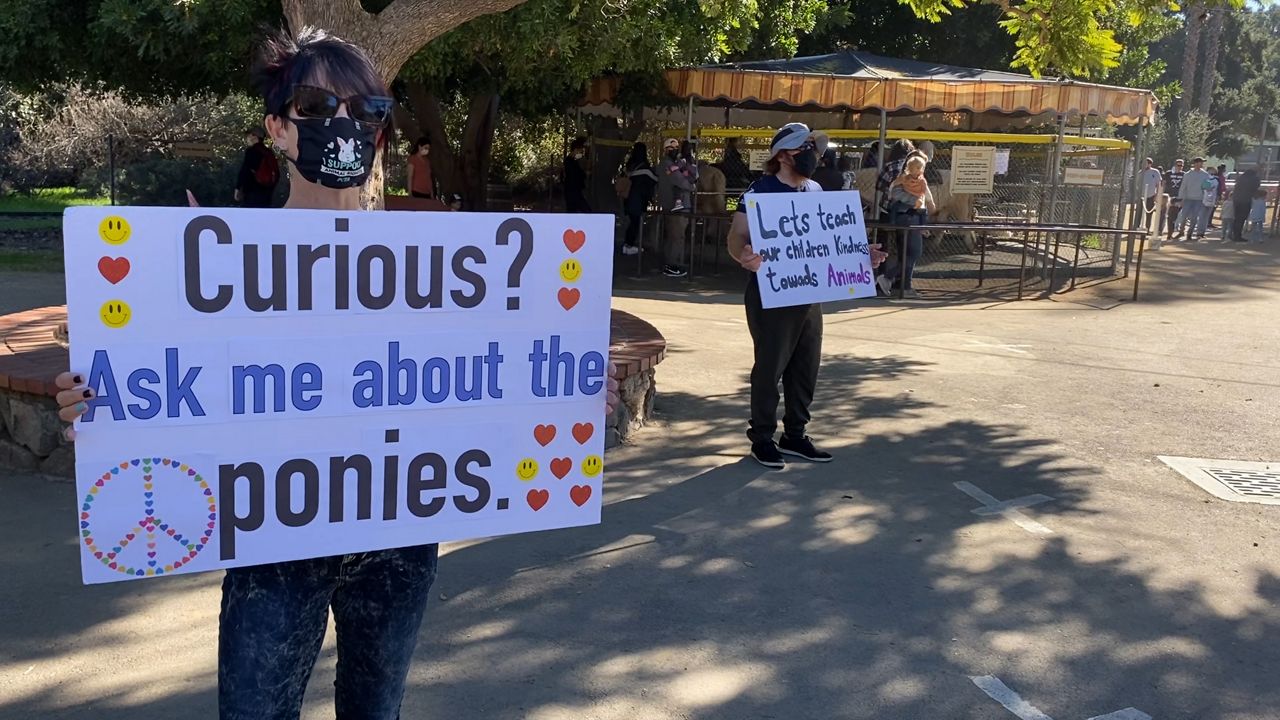 LOS ANGELES — The Griffith Park Pony Rides have been in operation at Griffith Park since 1948, and they are now the subject of intense scrutiny from animal rights activists.

Nearly 160,000 children a year visit the site and ride the 45 horses and ponies housed at the park, which also has an educational farm.

What do you want to know

Zohra Fahim is the founder of the Los Angeles Alliance for Animals and said she witnessed the neglect of horses and ponies on hot days at the park. She claims to have seen the horses go without water for long periods of time.

“It can create a lot of problems for the horse,” she said.

Fahim also says the horses in the Pony Go Round, a carousel-style attraction, are overworked.

“These horses and ponies are tied to this chain on the turnstile for almost seven hours a day. With the long queues on weekends, they never leave this line for a break. This is one of my concerns. I call it total animal abuse,” she said.

The group also claims that all horses are regularly overworked and not given proper breaks. Fahim said one of the horses that went on regular rides had gait issues. However, Griffith Park Pony Rides owner Stephen Weeks denied the claims had any validity.

Weeks bought the operation five years ago and runs it.

“We do a lot to protect our animals. We have, first of all, a very aggressive feeding program,” he said. “We have tons of alfalfa next to the barn. We have 80 feet of water available to them all day. We have two vets on call 24 hours a day.

Weeks said if the Griffith Park Pony Rides were to close, it would be a huge loss for the city.

“We have four generations of Angelenos who have come here for the Pony Rides. It is well known. It’s a major pony ride operation. It brings such joy to the kids of Los Angeles — that’s what we’re all here for,” he said.

Weeks also refuted the claim that horses and ponies don’t get enough rest.

“On hot days the ponies have 15 or 20 minutes break between rides,” he said.

After receiving several calls from the public reporting abuse at the pony rides, City Council members Nithya Raman and Paul Koretz filed a motion requesting a third-party assessment of the facilities.

“The Department of Recreation and Parks and the Department of Animal Services continually came out to inspect the facility and found no violations. In response to concerns expressed by residents and animal rights groups, however, RAP has initiated a process to bring in a third-party equestrian expert to review and report on the farm’s policies and practices in order to ensure horses are well cared for. .”

The motion was tabled Dec. 8 and Council asked the Department of Recreation and Parks to report back within 45 days.