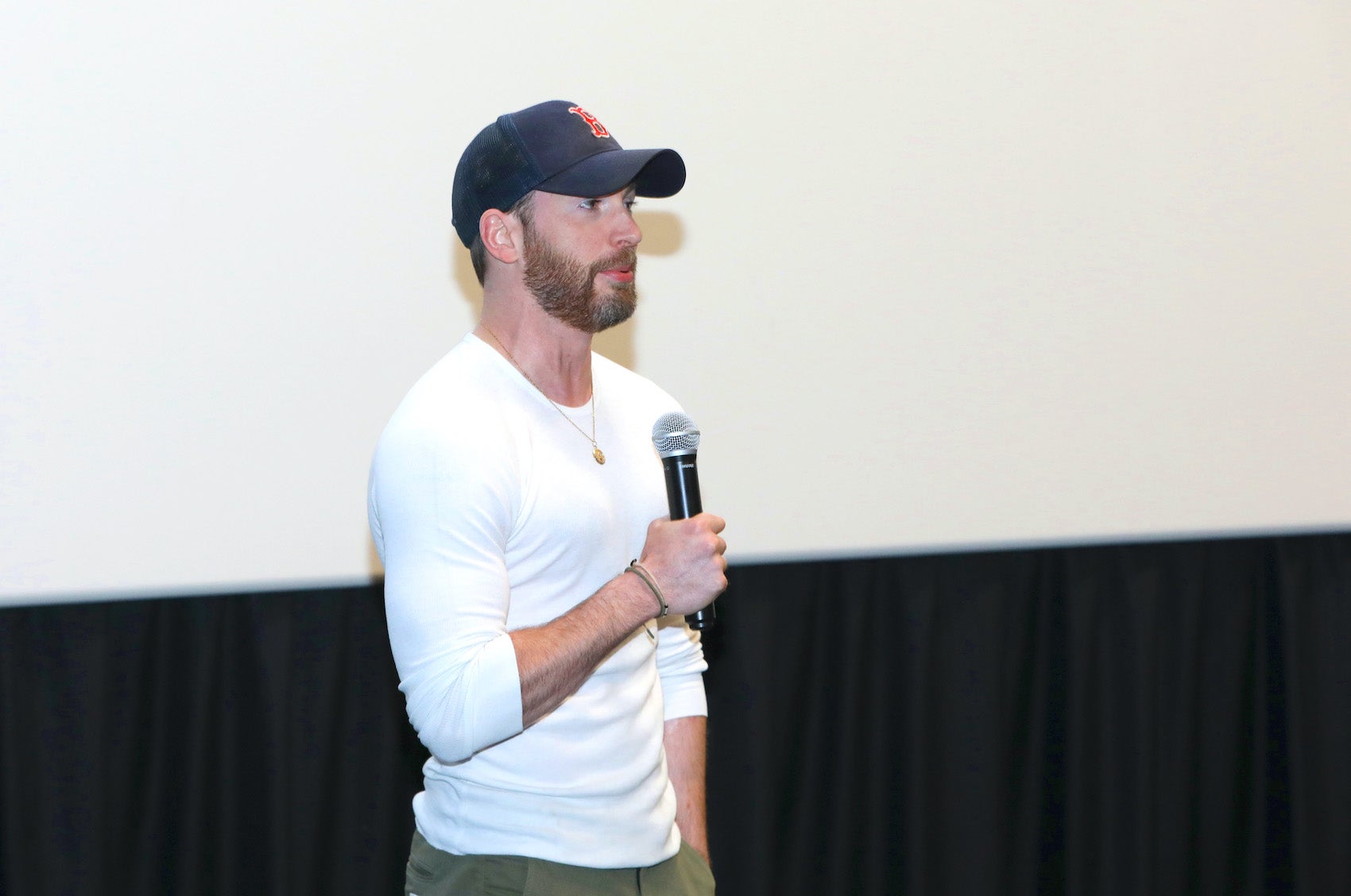 Local fans of Chris Evans got a big surprise Wednesday night when the actor stopped by a screening of his new movie “Lightyear” in Boston.

The Sudbury native, who plays the human astronaut Buzz Lightyear that inspired the toy central to the plot of the “Toy Story” series, visited a screening of “Lightyear” at the AMC Boston Common Theater.

“I’m just here to introduce the movie,” Evans said, entering the auditorium to applause. “I’m so excited that you guys are going to get to see this. This is something that we worked really hard on — well, other people worked a lot harder than I did — but it’s been a dream of mine for a long time.

“I’m in love with this movie,” Evans continued. “I just love everything Pixar does. I hope you guys enjoy it, and go Celtics!”

Evans then moved to the back of the theater to pose for a photo with fans, who were all given commemorative Buzz Lightyear toys as part of the early-access screening.

Evans has been on the interview circuit for weeks promoting the new Pixar film, which opens Friday. In an interview with “Good Morning America,” Evans talked about how “intimidating” it was to take on the role originated by Tim Allen in 1995’s “Toy Story.”

“Look, Tim Allen es Buzz Lightyear,” Evans said. “What he did in those movies is so iconic and so loved, and I’d be a fool not to incorporate some of his choices into this role.

“The character in this movie is the human version that the toy is based off of, so it makes sense to have a little bit of overlap, luckily for me,” Evans continued. “What Tim Allen did was pretty untouchable.”