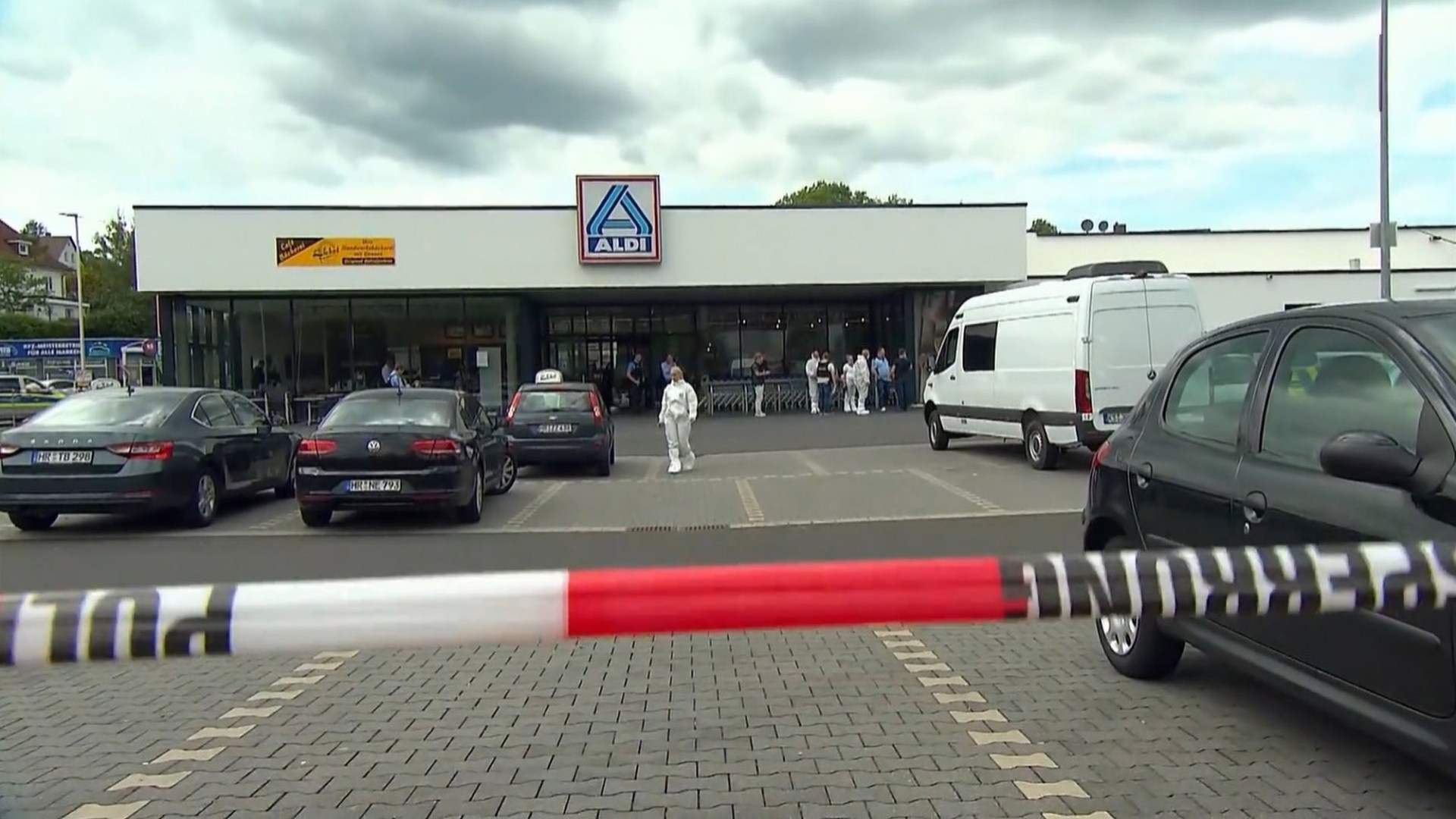 A SICK gunman shot his terrified ex-girlfriend dead in an Aldi after she dashed into the store to get away from him.

The mum-of-two was gunned down by her former boyfriend at the supermarket checkout before he turned the gun on himself.

Victim Irina Gibert, 53, had fled into the branch of Aldi in the central German region of Hesse on Tuesday, June 7 at around 1pm when she realized her former boyfriend was following her.

But as she begged staff for help, the jilted ex, 58, followed her into the supermarket in the town of Schwalmstadt-Treysa, home to around 8,500 people some 60 miles northeast of Frankfurt.

One eyewitness told local media she “ran into the supermarket and yelled loudly for help.”

The heroic Aldi branch manager stepped in between the pair as the man burst in.

But he was forced to step away after the gunman pulled out a rapid-fire pistol and shot Irina four times.

He then turned the gun on himself in front of horrified shoppers.

The manager – identified only as Y in local media – is said to be receiving psychiatric counselling.

Irina is believed to have met her killer online and dated him for several months before breaking off the relationship last February.

The night before she was murdered, she contacted emergency services to say her ex-boyfriend was threatening her in her apartment, the German newspaper Bild reports.

Three police cars were sent to her home, but officers allegedly dismissed the case and said her ex was behaving “inconspicuously and calmly.”

Irina also reportedly filed a complaint against her ex for assault, coercion and stalking just hours before her death.

Customers said the gunshots sounded like glass smashing in the supermarket and didn’t realize what had happened.

No one else was hurt in the shooting.

A police spokesman said at the time: “According to matching witness statements, a man first shot a woman in the market and then apparently took his own life immediately afterwards.

“According to initial investigations, there are currently no indications of the involvement of third parties.”