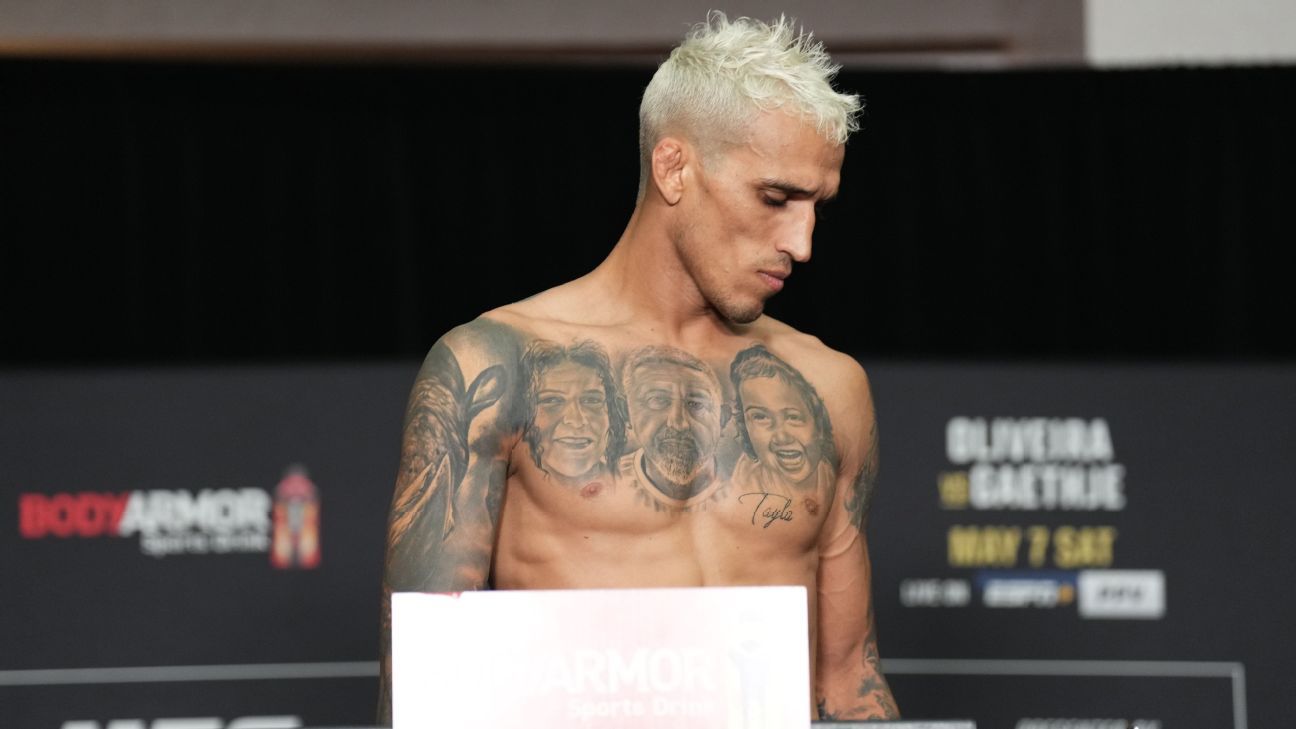 PHOENIX — Charles Oliveira has been stripped of the UFC lightweight championship after missing weight Friday at the UFC 274 weigh-ins.

Oliveira came at 155.5 pounds, a half-pound over the limit for a lightweight title fight. As a result, the title is now considered vacant – and on Saturday night, only his opponent, Justin Gaethje, is eligible to win the belt. This would have been Oliveira’s second title defense.

Oliveira first came to the scales with five minutes remaining in the initial weigh-in period. He looked surprised as the commissioner shouted out the missed weight. He was given an additional hour to cut the weight, but missed once again after returning.

Gaethje (23-3), who trains out of Denver, came in at 155 pounds and is a former interim champion. He unsuccessfully challenged Khabib Nurmagomedov for the undisputed crown in 2020. It turned out to be Nurmagomedov’s final fight before he retired.

Strawweight champion Rose Namajunas (11-4) and Carla Esparza (18-6) each made weight at 115 pounds. The title fight is a rematch of the first strawweight title fight in UFC history back in 2014. Esparza won that initial meeting by submission. Namajunas, 29, has come into her own since her, as a two-time UFC champion with a current three-fight win streak.

Fan favorites Michael Chandler (22-7) and Tony Ferguson (25-6) could steal some of the spotlight from the main and co-main events. Both looked good as they made weight, and both are in great need of a win. Chandler came close to winning the UFC title last year before dropping a back-and-forth battle with Oliveira. He then lost an instant classic to Gaethje in November by unanimous decision.

Additionally, former title challenger Donald Cerrone (36-16) came in at 155.5 pounds for a bout against fellow veteran Joe Lauzon (28-15), who will make his first appearance since 2019.

Norma Dumont also missed weight, failing by half a pound to hit the featherweight limit. She was fined 30% of her purse from her, but her fight from her against Macy Chiasson is still on.