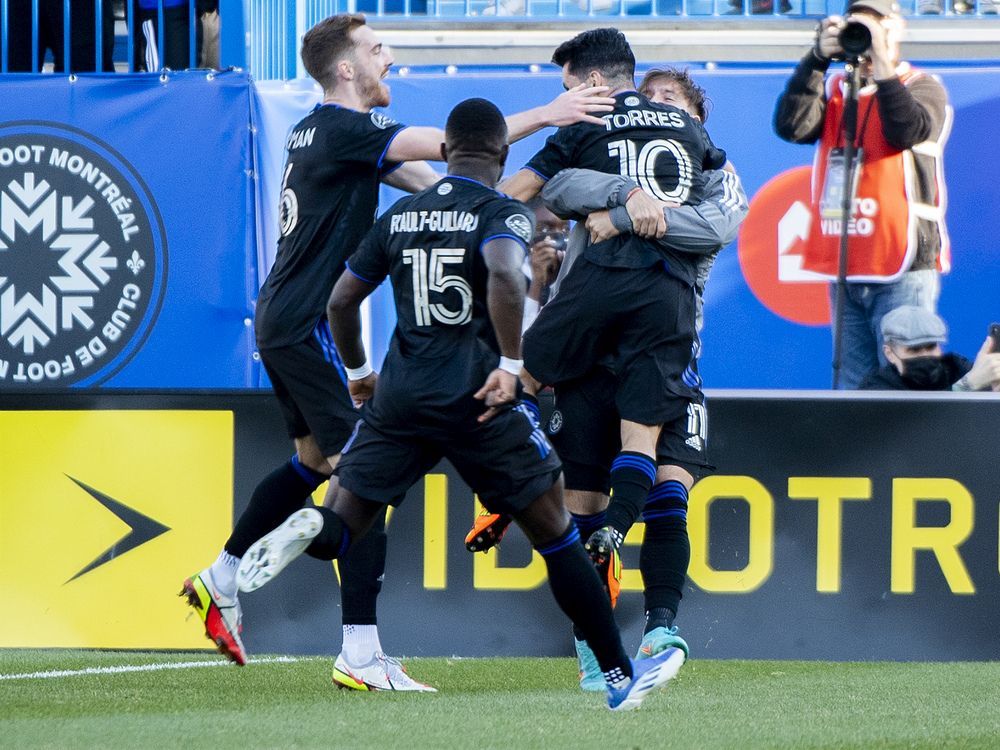 Postmedia may earn an affiliate commission from purchases made through our links on this page.

At 5-foot-5, CF Montréal midfielder Joaquin Torres must work for everything he earns on the pitch. But at the same time, his size has advantages in MLS.

Torres, a second-half substitute, snuck behind defenders last weekend and was the recipient of a perfectly placed cross in the box from Kamal Miller in the 82nd minute, producing the winning goal in a 2-1 victory against Atlanta United.

“When it comes to going one against one on defenders, I’m not necessarily at an advantage,” Torres said after Thursday’s training session. “I try to find spaces, like I did the other day in the box. That time, it paid off.”

Limited to only six games — including three starts — this season following a concussion, the goal was his second this season. In 28 games, including 22 starts, in 2021 after joining CFM on loan from Newell’s Old Boys, the Argentinian native was an offensive catalyst, with four goals and five assists.

“I work very hard to get goals and I’d like to become a natural goal-scorer without losing the ability to create chances for my teammates,” said Torres.

Torres, 25, undoubtedly would like to add to his goals total Saturday (4 p.m., TVA Sports, TSN Radio-690, 91.9 Sports) when CFM attempts to establish a franchise record against Orlando City at Saputo Stadium. The home side will be seeking a seventh consecutive match without a loss, having won four and drawn twice since its 4-1 defeat against MLS champion New York City FC on March 12.

But the challenge facing CF Montréal is formidable. The club will be without midfielders Victor Wanyama and Ismaël Koné, both suspended due to yellow card accumulation. The Lions have won five of their last seven against CFM, while keeping clean sheets in all five. That includes a pair of 2-0 victories, the first of which eliminated CFM from playoff contention in November.

CF Montréal (4-3-2) sits fourth in the Eastern Conference and is chasing Orlando City (5-3-2). The Lions are undefeated in four road games and have conceded just one goal in those matches.

“Orlando has come to be a bit of a heartbreaker,” manager Wilfried Nancy admitted. “But now, it’s a new season. And you know me; the season’s still young. What I know is how many wins we have and the way we play. In September or maybe August, I’ll look at the standings.

While Nancy never reveals her starting roster in advance, she needs replacements for captain Wanyama and Koné in the central midfield. Two possibilities are Samuel Piette, who could make his first start, along with Ahmed Hamdi.

While Piette is encouraged by his club’s streak, by no means do he and his teammates believe they’re invincible.

“I think we’re a very humble team,” Piette said. “We know where we are right now and where we came from — just think about the first three games of the year, when we didn’t win. Our emotions are never too high or low.

“We know, if we get the three points, it’s better than one or zero. I know we have six unbeaten and won the last game. We’re on a roll for sure, but we have to keep the ball rolling and get the good performances we’ve been getting lately. We’re at home. It’s up to us to take control of this game. It’s up to us to get this result.”