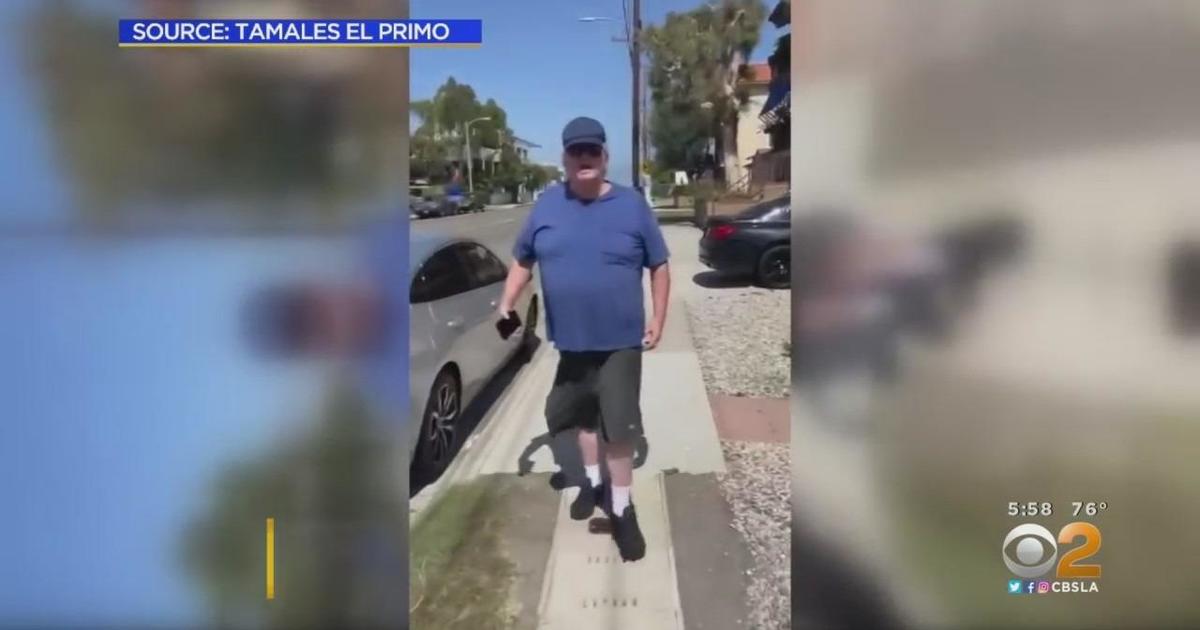 A Long Beach man who has been making and selling tamales around the South Bay for five years captured video of a person yelling anti-Mexican slurs at him earlier this month.

The vendor, Juan Aguilar, said before last week when the incident occurred, he’d never seen the man on 7th Street in San Pedro.

Aguilar said the man yelling at him, who neighbors later identified as Chris Shelby, stomped toward him aggressively, with his fists closed. That’s when Aguilar started recording and, later, had his wife, Luz, upload the video on social media where it went viral.

The video caught the attention of Edin Alex Enamorado, a street vendor advocate. He immediately got friends to organize a community buyout for Aguilar.

“I said, ‘Hey, if you’re in the area, can you ask a neighbor if we can use their location?'” Enamorado said.

Melissa Arichega, from Buried Under the Blues, secured the very location where Aguilar was harassed. Three days later, Aguilar arrived with 500 fresh tamales and sold out immediately.

To say that the community buyout was a success is an understatement.

Aguilar’s cousins ​​had to bring extra tamales. By the end of the day, the family had sold 2,000 tamales.

He has since filed an official hate incident report with the Los Angeles Police Department, but said he’s not discouraged by the incident. He said he’ll continue selling tamales and work hard so that one day he can open a brick-and-mortar restaurant or distribution company.