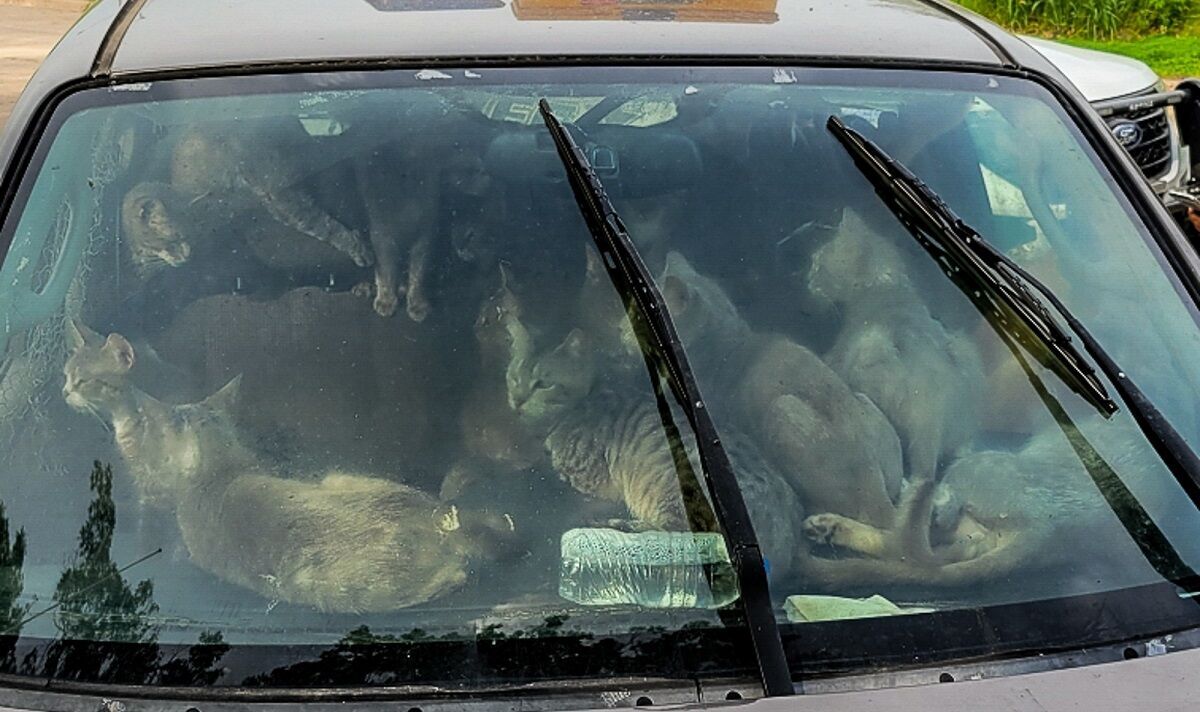 Harrowing pictures emerged of the animals and 14 of the cats, living in unsanitary conditions in extreme heat, were taken from the vehicle in Chisago County, Minnesota, in the United States. Staff from the animal welfare organization Animal Humane Society (AHS) removed the remaining 47 cats from the hot vehicle, which was parked at a rest stop, on Tuesday.

The animals were released by their owner, who had been living with them in the vehicle “for some time”, according to the organization.

The owner of the cats was assessed on the scene by paramedics and provided with medical help.

The youngest kitten found in the car was just months old while the oldest cat was 12 years old.

Rescuers said that most of the cats seem to have only minor medical issues, such as dehydration.

The poor animals are currently being cared for and examined by the organisation, which announced that once any medical and behavior issues have been addressed, the cats will be sterilized and made available for adoption.

AHS is making an appeal for donations to help take care of the animals.

In a post on Facebook, the rescuers said: “Sweltering June heat and humidity. No home, no air conditioning. Living inside your car alongside your cats and unsure where to turn.

“This was the reality a community member faced yesterday when a concerned police officer knocked on their car window.”

The post continued: “Thankfully, Animal Humane Society was there to help, removing 47 cats from the van and providing them with much-needed care.

“Our Humane Investigations agents worked quickly and carefully to bring all four dozen animals back to AHS.

“Ranging in ages from just under a year to 12 years old, our expert veterinarians have just started examining each cat, providing vaccinations, balanced nutrition, specialized behavioral rehabilitation, and spay/neuter surgery.

“Despite the extreme heat and unsanitary living conditions, the cats are in relatively good health – though most are dehydrated and a little untrusting of our helping hands.

“It will take days, if not weeks, to provide the ongoing care for each animal needs.”

Well-wishers can assist AHS in its work here.