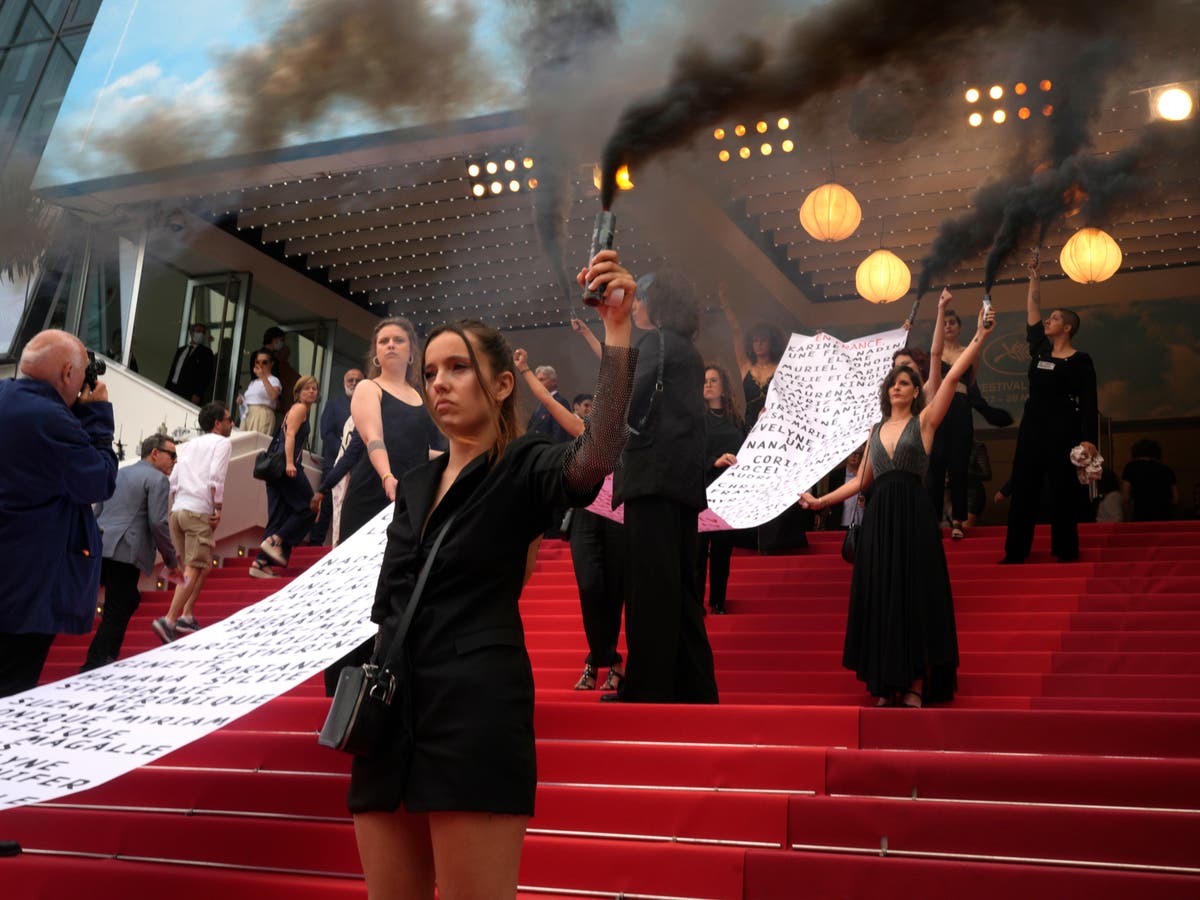 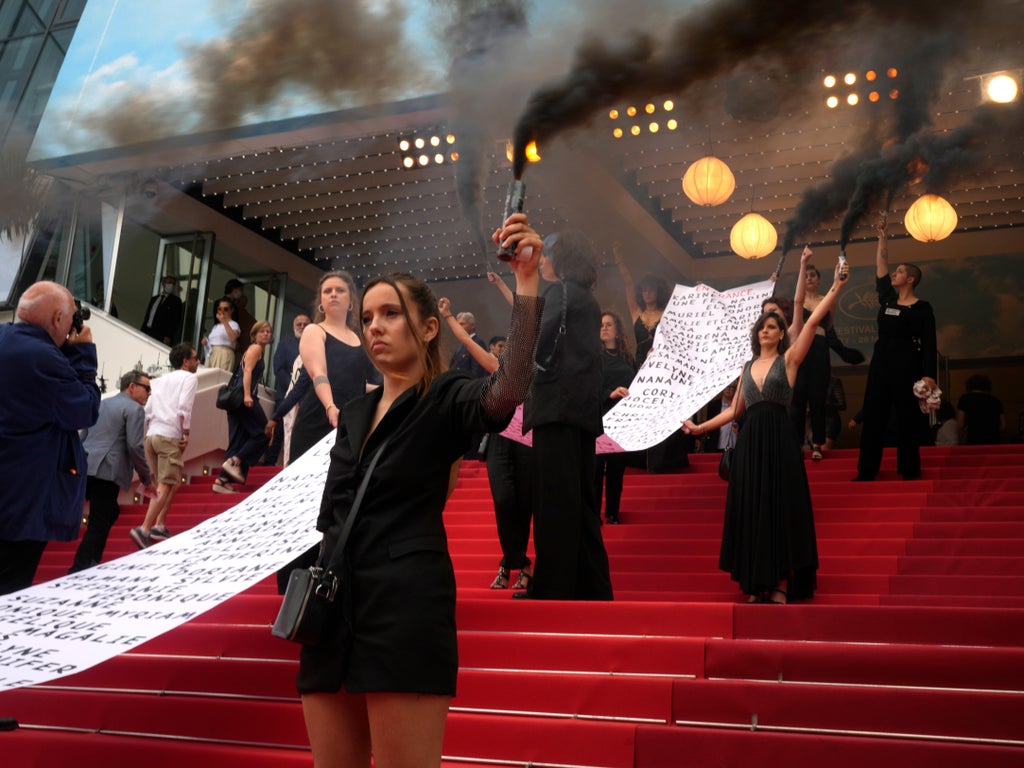 Protesters have stormed the red carpet at the Cannes Film Festival in protest against femicide, days after a woman upstaged VIPs with a topless protest against rapes in Ukraine.

At the premiere of Holy Spider on Sunday, a group of women let off black smoke and held their fists in the air as they unfurled a banner listing the “129 femicides since the last Cannes festival” in an apparent reference to the number of domestic killings in France.

Video of the event was shared widely on social media and appeared to show security guards observing the protest instead of intervening.

Directed by Ali Abbasi, Holy Spider tells the story of a female journalist investigating a serial killer targeting sex workers in the Iranian city of Mashhad.

It is loosely based on the true case of Saeed Hanaei, a construction worker, who killed 16 women between 2000 and 2001 before he was apprehended by the police.

The protesters were highlighting the French femicide rate, which has historically been one of the highest in Europe.

Theirs was the second protest to take place at Cannes this week.

On Friday, the premiere of George Miller’s Three Thousand Years Of Longing was interrupted by a woman protesting against sexual violence during the war in Ukraine.

The woman tore off her clothes during the film’s red carpet procession to reveal the message “Stop raping us” written across her torso next to the blue-and-yellow colors of the Ukraine flag.

She was responding to numerous reports of rape and sexual assault during the Russian invasion of Ukraine.

Security guards quickly encircled her and took her off the red carpet.

The war in Ukraine has often been in the spotlight at this year’s Cannes festival, which is screening several films from Ukrainian filmmakers.

Russians with ties to the Kremlin have been barred from attending.

Cannes, the annual film festival now in its 75th year, has already hosted the star-studded premiere for Top Gun: Maverickwhich saw Tom Cruise attend for the first time in 30 years.

The festival was subject to strict Covid-19 protocols in 2021 but this year’s Cannes has largely done away with pandemic measures.