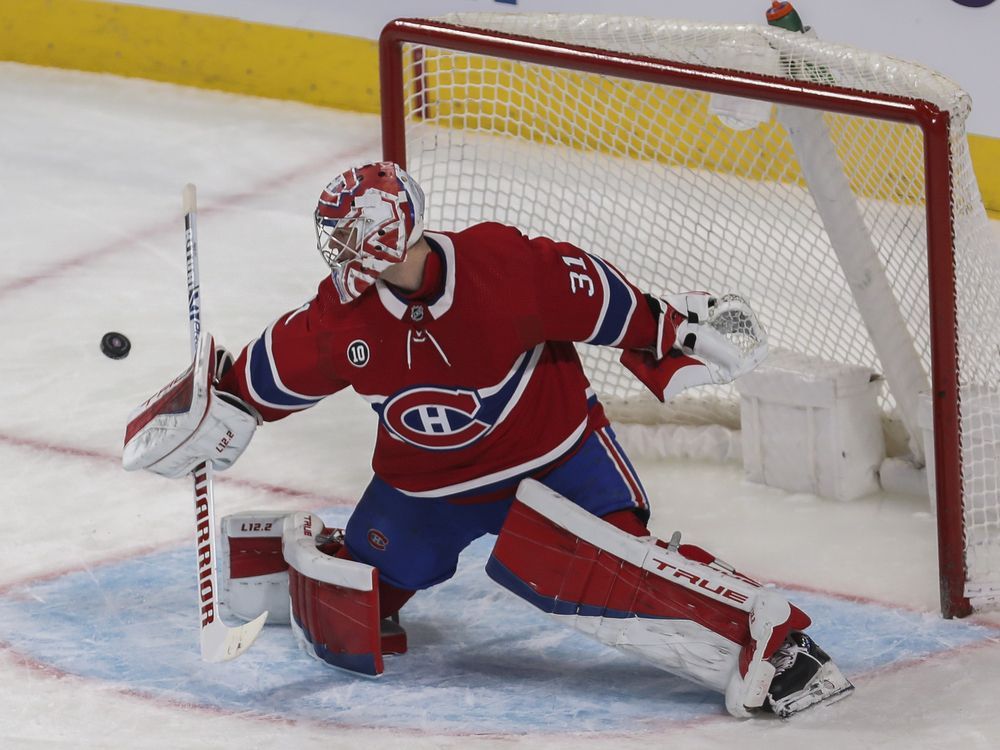 There’s a possibility goalie’s career could be over after battling to come back from knee surgery and playing only five games this season.

Canadiens goalie Carey Price is one of three finalists for the Bill Masterton Memorial Trophy, awarded annually to the NHL player who best exemplifies the qualities of perseverance, sportsmanship and dedication to hockey.

New York Islanders defenseman Zdeno Chara and Philadelphia Flyers forward Kevin Hayes are the other finalists who were announced Monday by the NHL. The award is voted on by members of the Professional Hockey Writers Association.

Price had knee surgery last July to repair a torn meniscus and then entered the NHL/NHLPA player assistance program in early October to deal with substance-use issues. He missed the first 74 games of the season while recovering from the knee surgery and made his season debut on April 15.

Price only played five games this season, posting a 1-4 record with a 3.63 goals-against average and an .878 save percentage.

After making 37 saves in the Canadiens’ final regular-season game — a 10-2 win over the Florida Panthers on April 29 at the Bell Center — Price admitted it could have been his last NHL game because of lingering problems with his knee. Price added a second surgery on his knee from him is a possibility.

“I’m just continuing to get a lot of swelling in my knee,” Price said the day after the final regular-season game. “Due to that fact it’s been difficult to do a lot of things that I would consider well out there. Last night, for instance, I played pretty well. It was a pretty good game. But, on that same token, there’s different aspects of goaltending that are required these days that is very difficult for me to do. We’re just going to get another opinion and go from there.”

When asked if he prepared for the final regular-season game like it might be his last in the NHL, Price said: “The whole day it was just an exceptional day for myself. From I had a great sleep… it was just an A-plus today. If it is it, then that would be a great way to do it.”

Price will turn 35 on Aug. 16 and has four seasons remaining on his eight-year, US$84-million contract with an annual salary-cap hit of $10.5 million.

Price’s health is one of the biggest question marks for Canadiens GM Kent Hughes this off-season.

The award commemorates the late Bill Masterton, a Minnesota North Stars player who died on Jan. 15, 1968, two days after suffering massive head injuries from a check during a game against the Oakland Seals that resulted in him falling backward and landing on his head . Masterton, who was not wearing a helmet, is the only player in NHL history to die as a direct result of injuries suffered during a game,