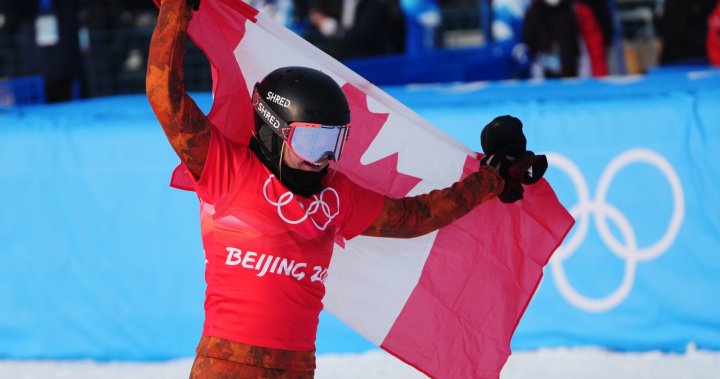 The 24-year-old from Prince George, BC, held off Australia’s Belle Brockhoff in the big final to claim a place on the podium.

It marks Canada’s first women’s snowboard cross medal since the 2014 Games in Sochi.

Lindsay Jacobellis of the United States won her first gold medal in five Olympic Games, in a redemption story after winning an upset silver at the 2006 Games in Torino and missing out on a medal in every subsequent Olympics until Beijing.

Fellow Canadian Tess Critchlow nearly joined O’Dine in the final but placed third in the semifinal round, sending her to the small final where she finished second for a sixth-place overall rank.

Zoe Bergermann and Audrey McManiman, also of Canada, made it to the quarterfinals in the same event but failed to make it into the top two in their heats, ending their runs.

O’Dine made Canada’s team for the 2018 Pyeongchang Games but suffered a concussion two days before her event.

She had her career best World Cup season just prior to Pyeongchang in 2017-18, making one big final and three small finals and finishing 11th in the snowboard cross standings.

Jacobellis’ gold was a redemption story for the US rider. She was within meters of winning the snowboard cross event in 2006 — the first time it was included in the Games — when she threw in a showboating trick trying to grab her board, only to fall and get overtaken at the line.

–With files from the Canadian Press