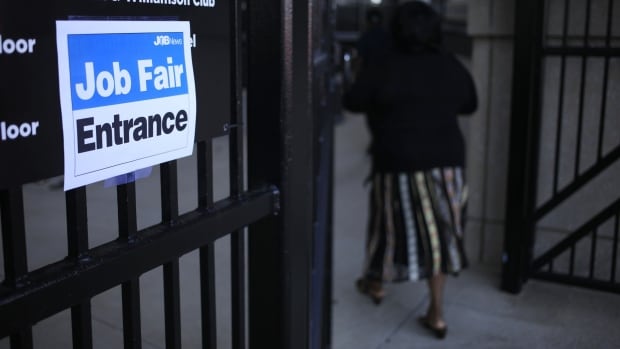 Canada’s economy added 15,300 jobs in April, the third monthly increase in a row after a major hit from the Omicron variant earlier in the year.

Economists had been expecting about 40,000 jobs to be added, and though it was well short of that figure, the data released by Statistics Canada Friday was enough to push the jobless rate down to a new record low of 5.2 per cent.

The jobless rate in March had already hit the lowest level ever on records dating back to 1976, at 5.3 per cent.

Most provinces added jobs, while the main factor dragging the national number down was a loss of 27,000 jobs in Quebec.

While the total number of jobs inched higher overall, full- and part-time work each went in opposite directions, as the economy lost 32,000 full-time jobs and replaced them with 47,000 part-time ones.

Stephen Brown, an economist with Capital Economics, says the numbers were certainly weaker than hoped, but that weakness may have been caused by temporary factors that have since dissipated.

“The unseasonably cold start to the spring across much of the country may help to explain why construction and retail trade employment weakened, while Statscan reported that the decline in hours worked was largely a result of the spike in coronavirus cases, which caused nearly one in 10 workers to take time off,” he said.

There’s certainly evidence to suggest the job market is booming, and workers are moving up the wage scale. In 2018, well before the pandemic, roughly 40 per cent of all Canadian workers earned less than $20 an hour, while only about one in seven earned more than $40.

Today, those ratios are virtually identical, with the proportion of those below $20-an-hour falling to 26 per cent, and the $40-and-up crowd increasing to 24.5 per cent of all workers.

Brendon Bernard, an economist with job search website Indeed, says record-low unemployment and high inflation are causing Canadian workers to look around for higher-paying jobs at a far faster pace than normal.

“Things have definitely shifted towards a job-seekers market,” Bernard told CBC News. “That competition for workers means that employers need to be competitive in their hiring practices and practices to attract workers.”

In some industries, demand for workers is so acute that many employers say they can’t find enough people to fill the jobs they’re posting.

Alexandra Hiscox is director of camp operations at Camp Laurus, a network of 13 summer camps for kids in and around Montreal. Camp Laurus is expecting up to 3,500 campers this year, and will need between 350 and 400 staff to help manage it all.

But with just a couple of weeks until camps open, they’ve only managed to hire 280 people so far, leaving them about 100 people short.

“It’s been extremely difficult this year,” Hiscox said in an interview. “I would say we’ve shifted a lot of our resources to recruiting and hiring, so we’ve really had to go above and beyond to try and find people.”

One of those methods is social media, as the company has turned to services like TikTok and Instagram to target the demographic of young workers that they need.

Doug Porter, an economist with Bank of Montreal, says employers are having to work much harder than usual because of the job market, which he says is “extraordinarily tight” right now.

“Employers simply can no longer find workers,” he said. “So the cooling is more of a supply-side story [lack of available workers] and not an indication of slowing demand.”