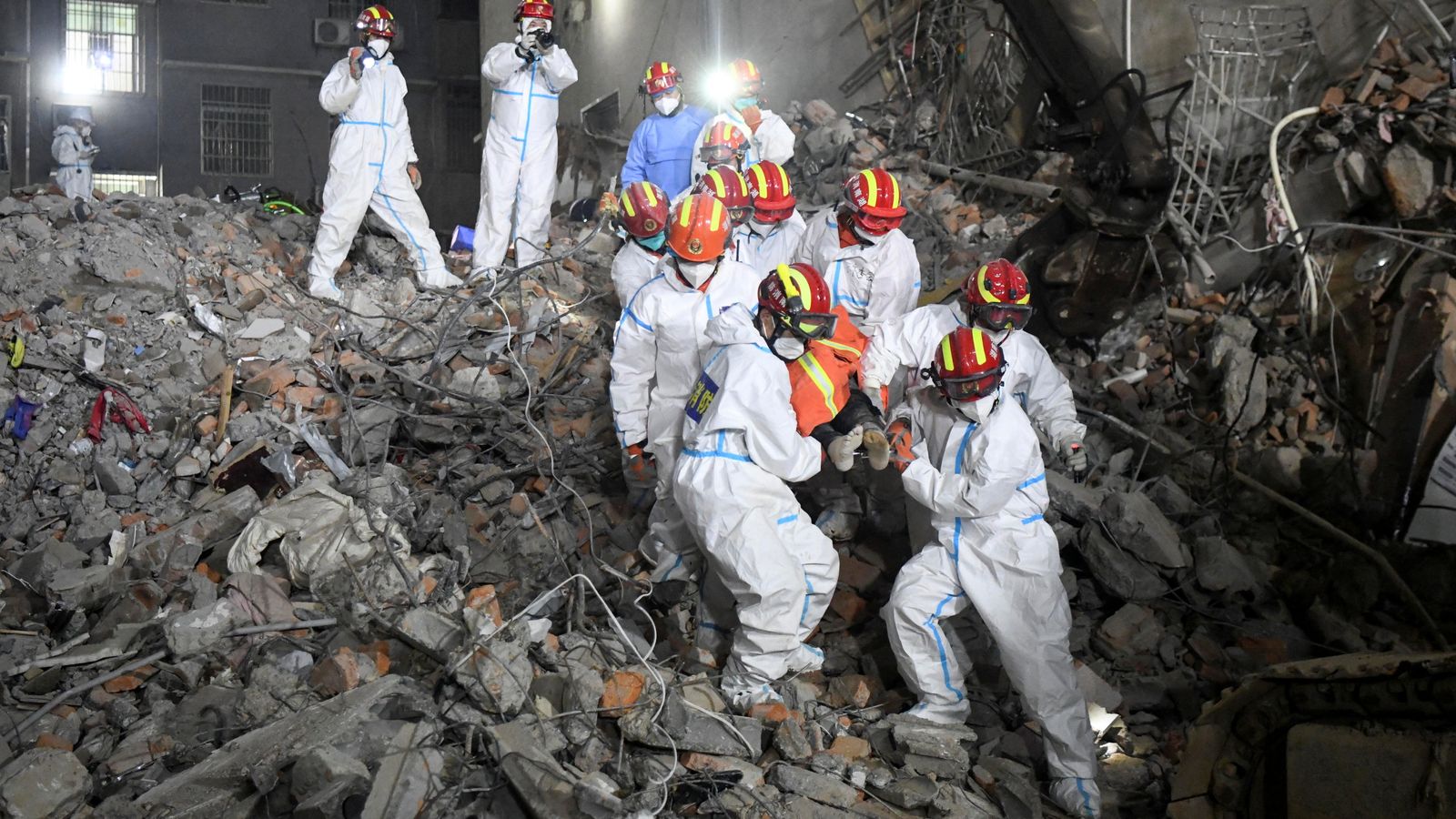 Fifty-three people are confirmed to have died after the rear of a six-storey building suddenly collapsed in China.

The residential and commercial building caved in on 29 April and it was initially thought that five people had died.

But the number of casualties was updated in the early hours of Friday by the Associated Press, citing Chinese state media.

Ten people have been rescued from the building in the city of Changsha, in Hunan province, and the search operation has been called off.

The last survivor was pulled from the rubble on Thursday, five-and-a-half days after the collapse.

The woman had spent about 132 hours in the debris.

Survivors are reportedly being treated in hospital where they are in good condition.

It is thought that rain over the last few days may have helped them survive without food or water.

At least nine people have been arrested on suspicion of ignoring building codes or similar violations.

They include the building’s owner, three people in charge of design and construction, and five people who allegedly gave a false safety assessment for a guest house between the fourth and sixth floors of the building.